Did you know that before I studied finance and risk management, before I edited, marketed, and published comics, before all that, that I was an art history major?

One of my favorite artists is Ed Kienholz (1927-1994). He came to campus once for a a pair of shows at the Rice Museum and at the CAM in 1985. So I got to met him, and he and his wife/collaborator Nancy Reddin were really open and friendly to us students. He was having a good experience in Houston. CAM in particular was a very flexible space for him to build his huge tableaus. He complained bitterly about a museum in Seattle that failed to accommodate him adequately. (I later got to be friends with Larry Reid, then the director of that "museum," who had bad memories of Kienholz and his difficult demands.)

Kieholz's work is seering, brutal, unbelievably powerful. I don't know why, but today he and his work popped into my mind. From a review of a Kienholz show in The Guardian, 2005:


When Ed Keinholz died, he was buried in his 1940 Packard, a deck of cards and a dollar in his pocket, a bottle of 1930 Italian red wine beside him, the cremated remains of his dog (who died a few days before him) on the back seat. His burial arrangements sound like one of his own works. It also gives something of the measure of the man, a farmer's boy of Swiss ancestry from Washington State, self-taught, immensely self-reliant, an individualist westerner who dodged the draft for the Korean war and made a living as an odd-job man in the 1950s (he had a truck advertising his services with the words "Kienholz - Expert" on the side). He decorated bars in Las Vegas, worked in a Spokane speakeasy, and opened a shortlived but successful LA gallery with the curator Walter Hopps in the late 1950s, a place that, by all accounts, had much in common with today's "alternative spaces". Kienholz was a hard-nosed guy who loved to hunt (he once took the Swiss artist Jean Tinguely on a duck shoot), loved cars, dogs and horses and the outdoors, and eyed New York with suspicion, always going his own way.Kienholz made installations before there really was such a thing, and conceptual works before the term became a movement. In the 1960s, he swapped watercolour "Barter" works, whose washy grounds bore only the rubberstamped name of the thing he wanted, for the goods themselves: a set of screwdrivers, a fur coat, a portable saw, a car. What is a Painting Worth 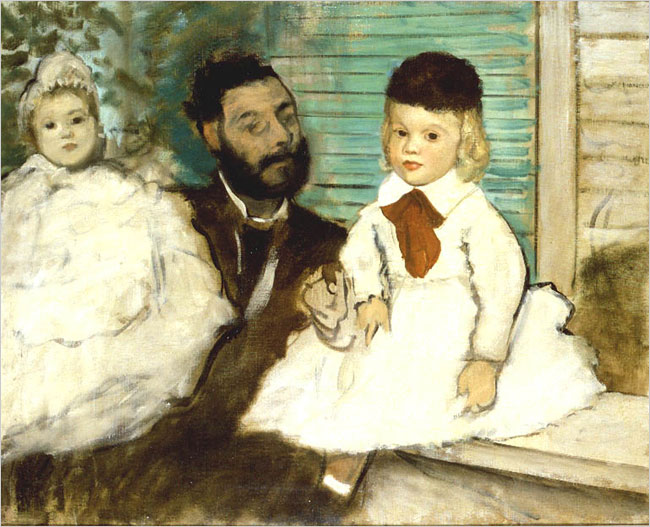 One hears about daring art thefts, mainly in Europe, with alarming frequently. Unlike Hollywood heist movies, they tend to be low-tech affairs. For example, there were two multi-million dollar art thefts in Switzerland in the past week.

Three men wearing ski masks walked into a private museum here in daylight, grabbed four 19th-century masterpieces, tossed them into a van and sped off, pulling off one of the largest and most audacious art robberies of all time. It was the second multimillion-dollar art heist in Switzerland in less than a week.

What's amazing is how easy the most recent of these thefts was.

According to the local police and officials at the Bührle Collection, one of the top private museums for Impressionist and Post-Impressionist art in Europe, three men wearing ski masks entered the museum barely a half hour before the 5 p.m. closing time on Sunday.

One of the thieves pulled a handgun and ordered terrified staff members and visitors to lie down on the floor, as the other two men pulled the paintings off the wall. The police said paintings appeared to be sticking out of the back of the white van the men used to make their getaway. 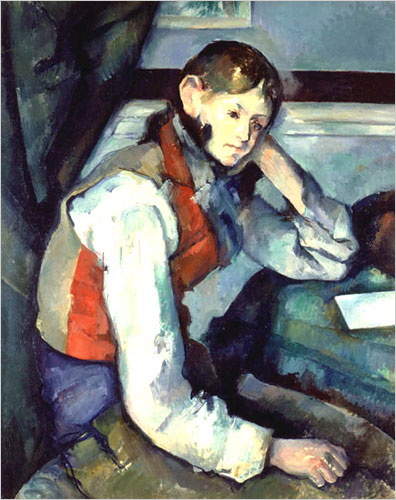 The paintings they took, a Cézanne, a Degas, a van Gogh and a Monet, were collectively worth an estimated $163 million. The thieves were not connoisseurs, though. These were not the most valuable paintings--just the easiest to grab (they all hung next to each other in a single room). The big question is, what did the thieves hope to gain?

[The paintings] stolen in Zurich are considered major works and so widely known as to be “unsalable,” said Richard Kendall, a prominent scholar of late-19th-century French art and a curator at large at the Clark Art Institute in Williamstown, Mass.

For the police and the public, the looming questions were not only who committed the crimes but, given the near impossibility of selling the paintings, why.

A common myth, popularized in the movies, of a theft to order carried out at the behest of a private collector, “is really to be considered a fiction,” said Karl-Heinz Kind, team leader of the works of art unit at Interpol.

The fact that there are no buyers lined up helps account for the recovery of famous works, he said, like the Munch paintings [stolen in Norway several years ago], which were recovered in 2006. “The thieves have difficulty finding someone to take them,” he said. “They are obliged to multiply their contacts and proposals. That increases the chances for police.”

Now this made me think about valuations for art. Assets are valued not just on what someone is willing to pay for something, but also on how many people are willing to pay and how frequently and easily they would do so. In other words, liquidity is important. When they price artworks, they base it on auction prices of similar artworks. (Which adds an extra layer of complexity--when you price a share of stock or an oil future, you have a bunch of identical assets to compare it with that are constantly being traded. But each painting is unique.) But there are few legitimate channels to buy art. When I say "legitimate," I don't mean "regulated." The art market is pretty unregulated--some countries have national heritage laws, that makes it impossible or difficult to export certain artworks; there are applicable tax laws, of course; as well as laws regarding the receiving of stolen property. But legitimate in this case means that you know the artwork's provenance. You know it wasn't stolen or looted. And if the seller can't provide provenance, you will have a hard time getting an auction house to carry it (especially for expensive works) and buyers will demand a deep discount, because they will be at risk of buying stolen goods.

So when they estimate the value at $163 million, there are two things to consider. Because of the relative lack of liquidity in the art market, the prices are likely to be lower than the best auction price at any given moment, and are also likely to be volatile. Calculating an estimated price would somehow have to take into account this volatility. The second point is that the value of the art to the thieves will inherently be much lower than $163 million because they are cut off from selling through legitimate channels to legitimate customers. The customers for stolen artwork have the power to set much lower prices.

My final question is, were these artworks insured? Can you even really insure paintings worth $163 million? I wonder especially because the security was so lax.

The museum’s director, Lukas Gloor, said the museum generally did not check visitors’ bags and had no metal detectors, which he said the entry hall of the building was too narrow to accommodate.

Given this, I wouldn't insure these artworks. Would you?