If you drive up US 59 from the  North Loop, you will soon pass a bizarre building on your right. After driving by it hundreds of times commuting to work, I finally had to stop. It is Iglesia La Luz del Mundo. This is it seen from the south:

It basically consists of two buildings--a main building, which as a Greek temple-style front and a huge golden dome beside it, and then another, smaller greek temple-like building off to the southwest of the main building. This is the smaller structure. 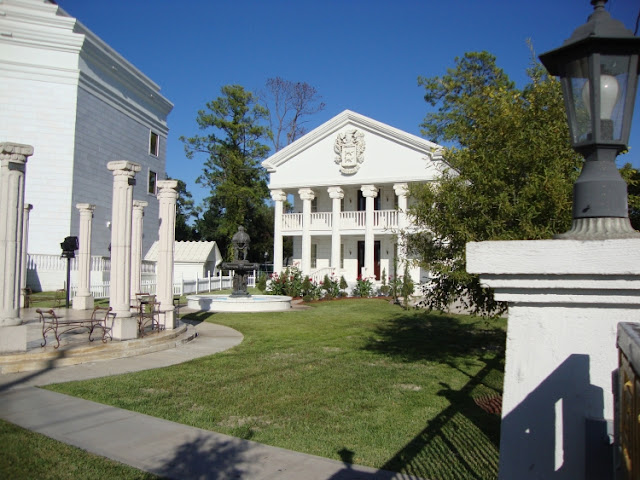 You can see that in front of the smaller temple is a circular colonnade. 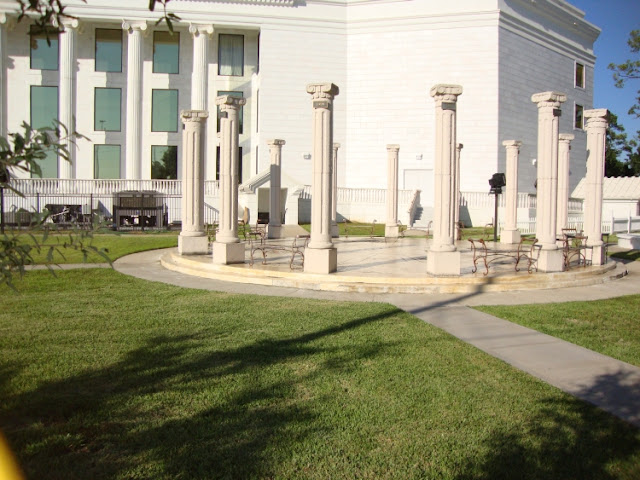 It is perhaps the most beautiful (and certainly the most mysterious) feature of the whole complex.

The main building is not only deep, but very wide as well, due to two curved wings in front.

The building is fronted by very large marble columns (and is indeed made entirely of marble), topped with a pediment decorated with sculptural elements. 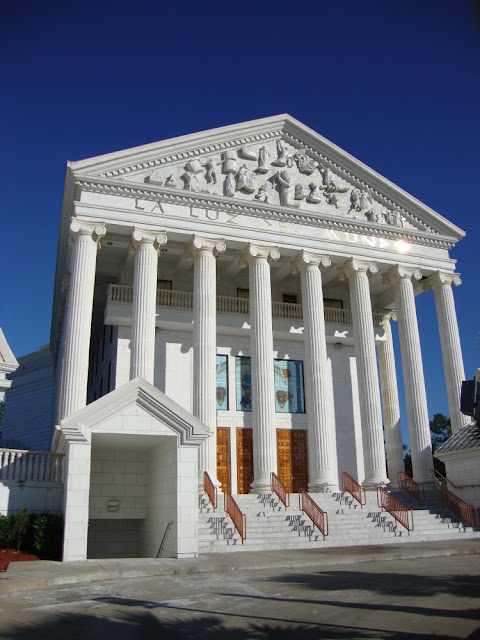 So what is this remarkable complex? La Luz del Mundo is a Protestant Christian sect headquartered in Guadalajara, Mexico. 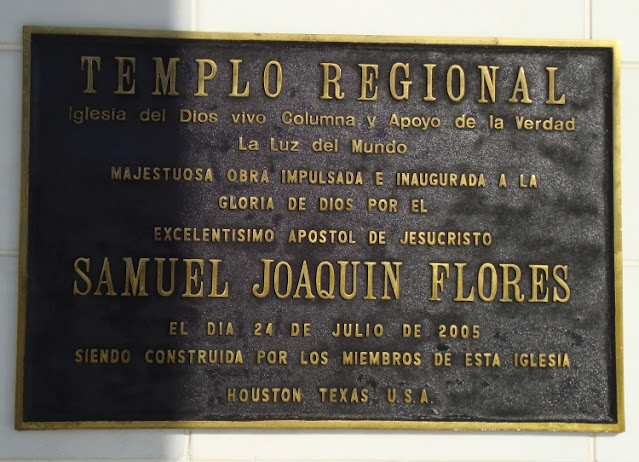 When I was taking pictures, I got a chance to speak with the young watchman. He told me that the church took five years to build. He offered to let me see the interior, but I wasn't allowed to take pictures there. A shame, because as mindblowing as the outside is, the inside is even moreso.

Even though they clearly spent a fortune on this church, they really should have spent a little more on the sculptures. 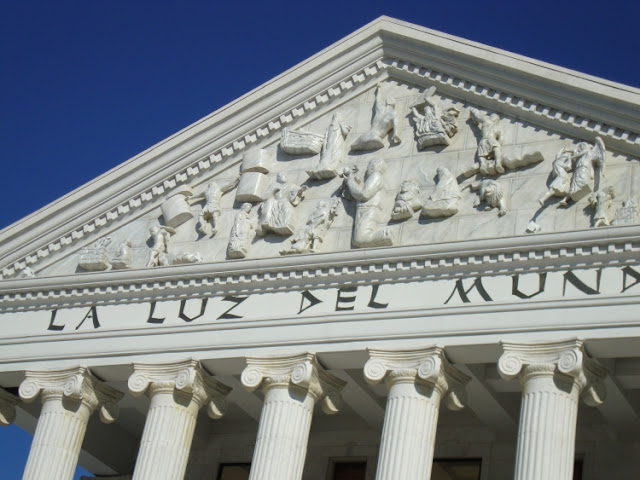 This pediment is inhabited by various Biblical figures, but unlike a Greek pediment, the figures don't have a visual or spatial relationship with each other or with the architecture of the pediment. One thing that so appeals about the finest Greek temples is the unity of compsition. Everything fits together wonderfully and naturally. Here, it is as if the various elements were sculpted separately and then stuck onto the pediment randomly, with no sense of composition. 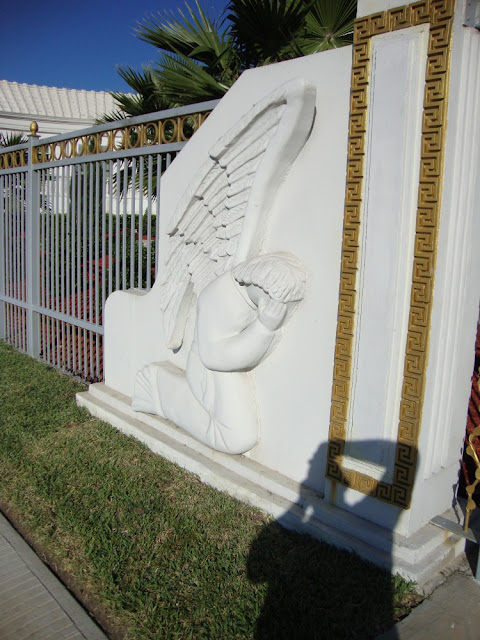 La Luz del Mundo is not without controversies. And this building seems clumsy, grandiose, crass, and overpowering. Usually when one sees hispanic Protestant churches, one is struck by their modesty and humility. "Humility" is not a word that can be associated with La Luz del Mundo.

And yet, I like it. For two reasons I like it. First, it pays homage, in its own clunky way, to our classical heritage. And second, it is the attempt of a church to glorify God in the best way they know how. All church buildings used to be grand like this, and much of the greatest art ever made served the purpose of glory to God. Folks used to go to church every Sunday in their very best clothes. Nowadays you'll see people walking into church in t-shirts. I'm not a religious guy, but the idea of saving the very best for God has an ancient appeal. The Greeks did it with the Parthenon, and La Luz del Mundo have done it here. 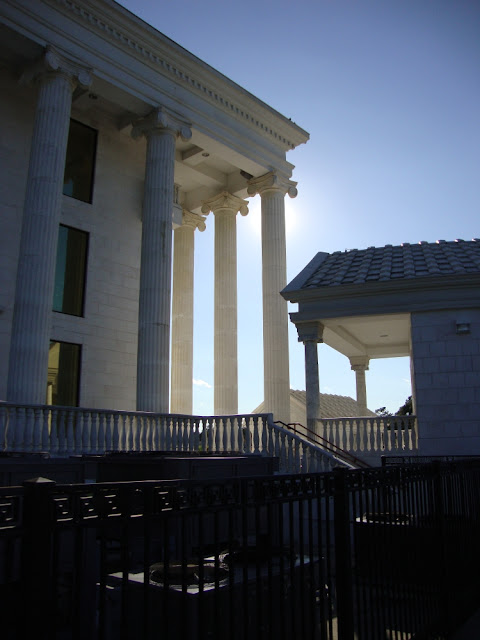