The Best Comics of The Decade

In 1990, I worked on one of my favorite publishing projects, a two-volume anthology called The Best Comics of the Decade, published by Fantagraphics Books and co-edited with Gary Groth and Kim Thompson. The thesis behind these volumes was that the 80s had seen an explosion of great comics in anthologies (like RAW and Weirdo), in newspapers (specifically in alternative newsweeklies), and in what at the time was called alternative comics (which included publishers like us, Fantagraphics Books). Another part of our thesis was that most of the greatest works had been in short stories. The age of the graphic novel hadn't yet arrived, although Maus volume 1 had been published in 1986. 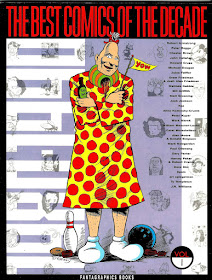 Our volumes excluded superheroes from Marvel and DC, partly because we were snobs about mainstream comics, but partly because we didn't have access to that material. If we had, would we have included something? Maybe an excerpt from Watchmen? We did include an Alan Moore story which we loved, called "Pictopia," which is a weird story about how the innocent fun of old-time heroes in comics had been replaced by a grim and cynical type of superhero--one that Alan Moore himself is partly responsible for (along with Frank Miller).

The thing about assembling this volume was that we editors felt that knowing what comics actually were published in the 80s was a doable task. We had each read thousands of pages of comics and felt like we had a grasp of what had been published. (Because we thought that book buyers back then would never shell out for a 240-page book of comics, we published it in two volumes. That's another thing that has changes a lot in the past 30 years.) 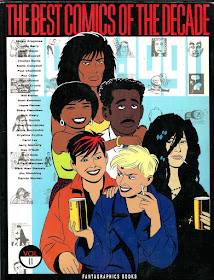 Things have changed. Back then, "alternative comics" (i.e., anything that wasn't super-hero comics) were eking out an existence on the fringes. While superheroes now dominate our pop culture, in the world of comics, they are no longer utterly dominate comics mind-space as they once did. They still do to a certain extent--I know when I tell someone I am interested in comics, they usually ask about superheroes. As I have pointed out many times before, I am interested in comics as a category of art, like literature, theater, music, film, visual art. (To limit it to one genre or format is something I am not willing to do, especially a genre controlled by two large entertainment megacorporations, Warner Brothers--which owns DC Comics and all its properties--and Disney--which owns Marvel and all its properties.)

But in the 2010s, so many comics have been published that there is almost no way one person could have read them all. (I would fear for the sanity of anyone who tried.) Nonetheless, some brave souls have attempted to construct their own "best of the decade" lists. This decade has been dominated by book-sized publications, which is reflected in their lists. The lists I looked at were:
The best list in my opinion is Comic Books Are Burning in Hell's, and it is also the shortest. The Beat's is the longest. The total of all five lists is 130 titles (or 129, because there is some overlap on a Batman title). The lists are mostly unranked. (I'll put the whole list at the bottom of this post.)

It occurred to me that one way to rank the comics would be to look at which ones appeared on multiple lists. So with a long morning of Excel-ery, I have made a list of the most highly regarded comics of the decade by that criterion (appearing on multiple best-of lists).

Here are all the titles that appeared on at least two lists:
I have only read six of these in their entirety. The Nib would be difficult to read all of--it's a political comics site that one dives in in bits and pieces. But I've read a LOT of the comics there; I highly recommend it. I've read a bit of Lumberjanes and Copra, but didn't really connect with them. I haven't read any of the superhero titles because that's a genre I've outgrown in comics. And as for the rest, I've heard of most of them...

Perhaps a better way to look at it would be to see which authors and artists were referenced most frequently by appearing on multiple lists with multiple titles. Of course, I made a similar list.
The number refers to the number of times a person appeared anywhere on any of the lists. Several appeared in anthologies that made the list (Mould Map 3 and Smut Peddler 2012 Edition, specifically).

I'm willing to agree with the consensus in one small way: Eleanor Davis is the comics artist of the decade. What a privilege is has been to see her blossom as a cartoonist.

It is interesting to look at this list and see who among them were also in The Best Comics of the Decade in 1990. The only three who made both were Charles Burns, Jaime Hernandez and Alan Moore (three giants, to be sure).

OK, given that I have read only a small fraction of the comics that were published between 2010 and 2019 (and given that I have only read some on the master list that I will reproduce below), here are my favorites, selected by perusing my bookshelves 10 minutes ago: 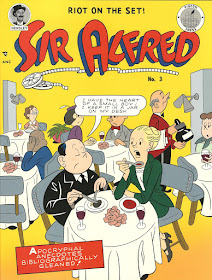 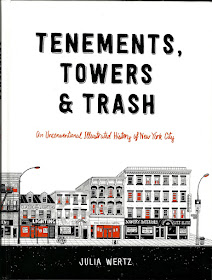 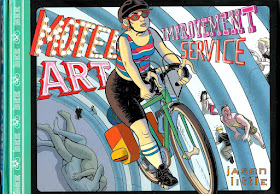 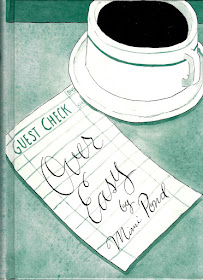 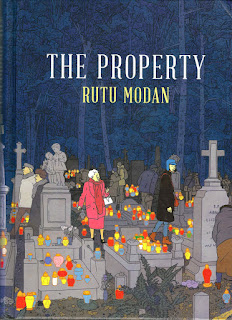 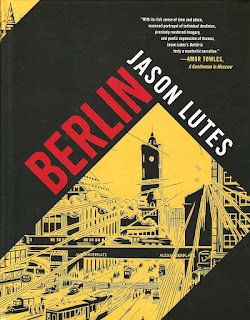 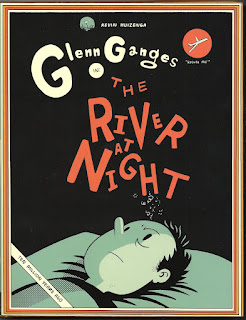 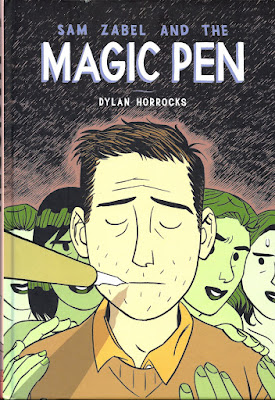 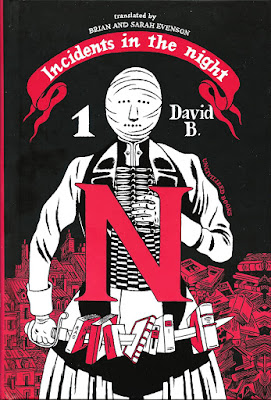 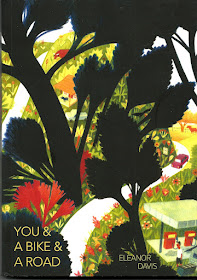 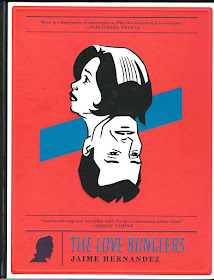 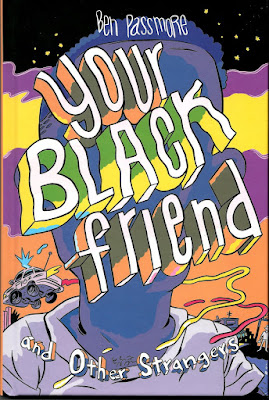 I have personal connections with many of the artists here, and I've met all of them except for Julia Wertz and David B.

This is the most I've thought about comics in one sustained burst in a long time.  I wish I had insights about the past decade to share. I don't except to note how that book has become the dominant form and that female artists and artists of color are now the dominant figures in art of comics. They make up more than 50% of my personal list, at least. That's a big shift.

I want to dedicate this post to the memory of my friend Tom Spurgeon, who died in November.

Addendum: Some additional best-of lists made me want to revise these compiled lists, which I have done here.