This time of year newspapers publish lists of notable deaths. It might be morbid, but I do like to reflect on the lives of people I admired. So this is my own brief list of people who died in 2007 and what they meant to me. Let's raise a glass to them, shall we?

I loved her books and her attitude. There aren't many notable liberal Texas writers--and unlike Jim Hightower, Ivins always seemed very authentic and personal. She grew up in Houston, and worked in Dallas and Austin. Her editorship of The Texas Observer really energized that little magazine, which usually seems--at best--to putter along. She was at her best, in my opinion, when writing about Texas politics, especially about the permanently corrupt and risible state legislature (or, as she called it, "the Lege"). She worked hard to remind people that their state reps and senators were a bunch of fools, boobs, thieves, and fanatics. In this regard, her best successor that I've found is the owner of Pink Dome. She's not quite Molly yet, but I hope she gets there. Because we really need Molly Ivins. 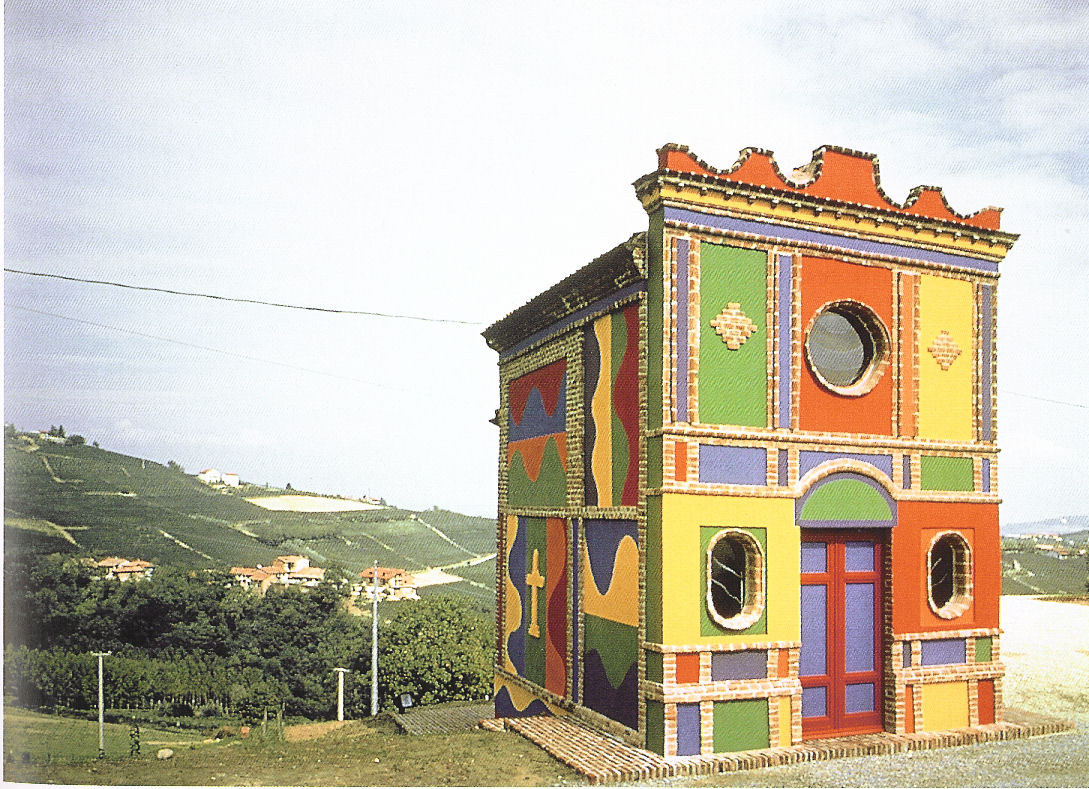 Wall Drawing #1113 On a wall, a triangle within a rectangle, each with broken bands of color, 2003 (hirshhorn, washington)

Sol LeWitt was one of the big conceptual artists. There's virtually nothing as boring as conceptual art, but LeWitt's work always looked great. Often his "work" was in the form of instructions on what to paint on a wall, or what to build out of wood. That sounds like a recipe for artistic chaos, but as the pieces above show, the results were often--usually even--beautiful. I love his work.

Elizabeth Murray The Sun and the Moon 2005
oil on canvas on wood,

Elizabeth Murray was one of the artists who became hot in the '80s as a "neo-expressionist," a phrase that obviously didn't work for her. I always thought she was quite young, so I was surprised to learn that she was 66 when she died this year. Her work is often cited for its cartoony feel, and indeed, to me her work is like Phillip Guston without the angst, or Jim Nutt without the anxiety about women. Her bright colors are quite beautiful, and I always loved her shaped canvases.

She wrote A Wrinkle in Time and A Wind in the Door. Her books were a mixture of science fiction and fantasy, and I think they helped me love the genre as a child. They were scary but mind-expanding. I treasure these books; they are among my favorite books from childhood.
Robert Boyd at 9:22 AM
Share