Did you know that the University of Houston Downtown (soon to be renamed, as soon as they can figure out a good name--I recommend "We're Not the Harris County Prison; Yeah, That's Across the Street, I Know the Buildings Look Alike, It's Weird University" or WNHCPYTASIKBLAIWU for short) has a gallery? It's the O'Kane Gallery, and the current show is called Raw (nothing to do with the classic art comic anthology, alas). The show consists of drawings and paintings by Lisa Qualls, Mark Greenwalt, and Doug Cason. It's Greenwalt's work I want to draw attention to. He's a Galveston artist who really has a way with a pencil. His pieces look like early Rennaissance sketches, and have a little Odd Nerdrum/Heironymous Bosch strangeness to them. 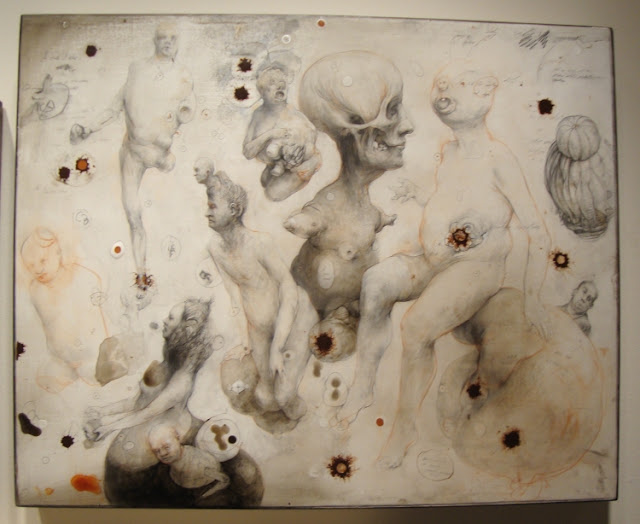 He includes a tiny self-portrait in this piece. It looks incongruously contemporary among all these deformed medievel figures. 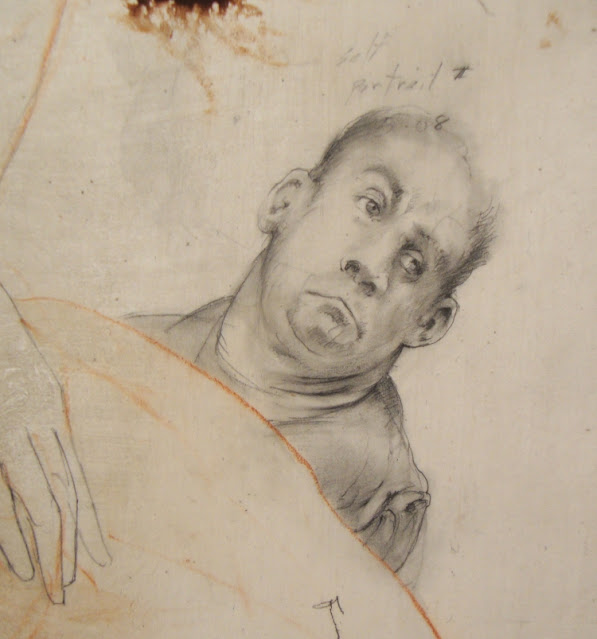 I'm afraid my photos don't really capture the subtlety of his drawing. (For decades now, painting has been biased by what art would reproduce well in magazines. Perhaps now, good reproduction online will give artworks an extra boost. Too bad for artists like Greenwalt...) 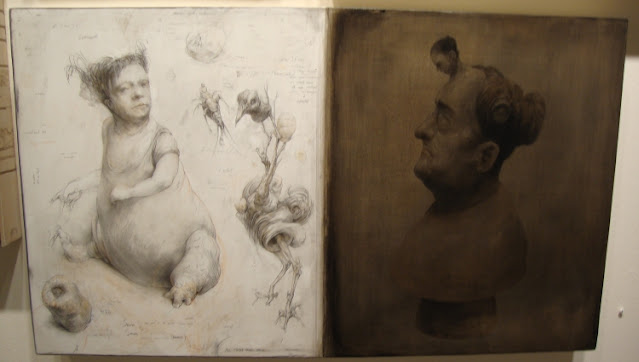 I really like his work. I think these pieces demand contemplation. Certainly they reward looking very close at the surface and checking out the details.

One more thing about the O'Kane. I realize the student who works there is your average work-study employee. I was one once. But I have two suggestions for her. 1) Pretend like you get and more important like the art, even if you don't. Memorize some facts about the artists you can recite when you have visitors. 2) Don't dress like a student. Torn jeans and tee-shirts show a lack of respect for the art and the patrons. Try to look more artsy-yet-professional. Not like you just did an all-nighter writing a paper. Just saying.
Robert Boyd at 8:04 PM
Share