I noticed that illustrator Don Ivan Punchatz had died but didn't think much about it until yesterday when Matt Guest sent me a note on it. Guest had been a student of Punchatz at TCU, and, according to Guest, Gary Panter had been a student of Punchatz's at one point. That Punchatz had taught these two artists was enough to make me look further. It turns out that Punchatz was responsible for some iconic, trippy science fiction paperback covers that I had grown up with. 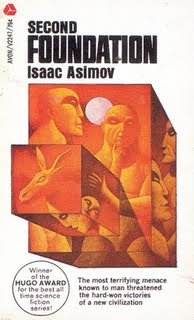 He did all the Foundation Trilogy covers that were current when I was a teen. 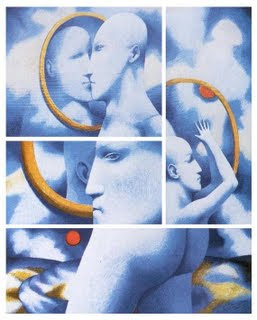 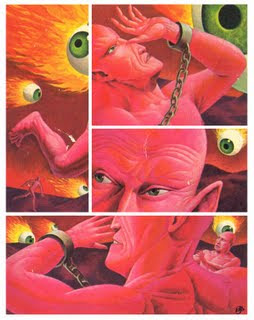 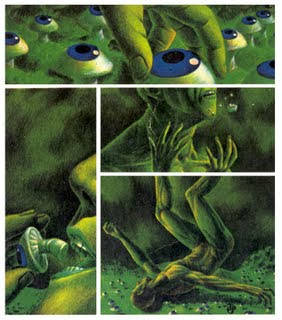 These were the covers of Dangerous Visions volumes 1-3. It seems like Punchatz went through a period of painting vaguely menacing monochromatic bald guys for science fiction paperbacks. It was the 60s I guess. I love 'em. (All of the above covers were taken from the blog Skiffy, where you can see lots more classic science-fiction illustration art.)

Of course, Punchatz wasn't all about naked bald guys. He did all kinds of illustration work, including great covers for National Lampoon and Time, and many, many other book covers. Matt Guest told me this one was his favorite (which says something about Matt, but I don't know what...) 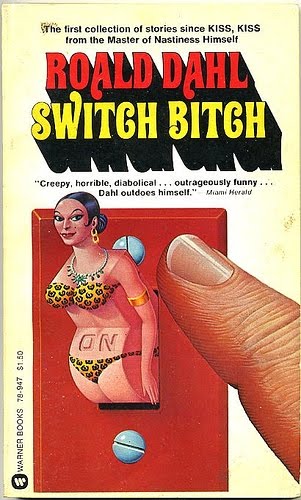