The Obamas Have Good Taste in Art

Presidents get to decorate the White House with art from national collections. The Obamas apparently chose work by Mark Rothko, Jasper Johns, Giorgio Morandi, and this hilarious Ed Ruscha: 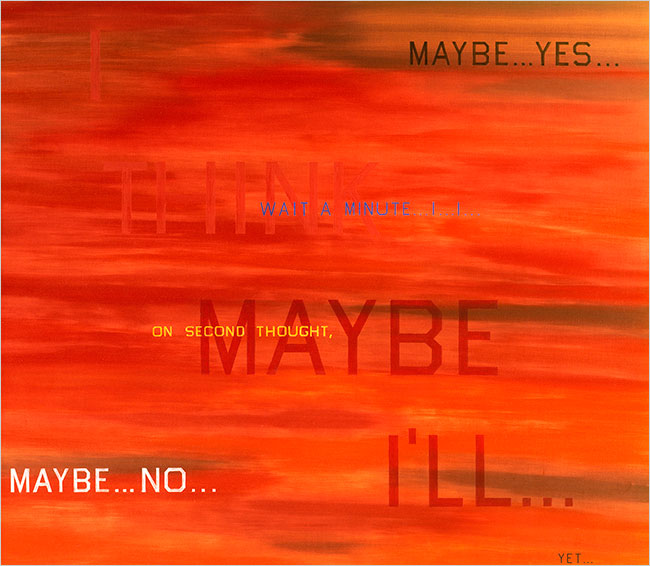 According to the New York Times,


In the weeks before the inauguration, Michael Smith, the Obamas’ decorator, paid a visit to Harry Cooper, curator of modern and contemporary art at the National Gallery in Washington. Mr. Smith was not there to see the latest exhibition, but rather to talk about what art he could borrow.


“We have one rule: We won’t take anything off public display,” Mr. Cooper said in a telephone interview. Nor will the museum lend a work likely to be requested for an exhibition anytime soon. “That limited us to looking at things in storage,” Mr. Cooper added. “But there’s quite a bit.”


Hmmm. Sounds like we have have an elitist in the White House. Good.
Robert Boyd at 8:44 PM
Share