FotoFest: How to Run an Art festival, part 2

Last time around, we looked at how FotoFest launched itself. They assumed they would be a major operation right from the start, and acted accordingly. Now I want to look at how the organization is run, starting with the financials. Non-profits must file a form 990 with the IRS each year. This form contains within it most of the information one might find in an income statement and balance sheet issued by a publicly-traded corporation, but not in the same format. If you want to see it in that format, you can pay GuideStar (sort of the non-profit equivalent of Edgar). If you don't want to pay, you can download the 990s from GuideStar and still get a rich collection of data.

The most recent 990 for FotoFest was for the period from May 1, 2008 through April 30, 2009. Their revenues for that period were $786,323, with expenses of $865,375, so that year they ran a deficit. This period started just after the 2008 FotoFest (March 7 to April 20, 2008), so I think we saw a kind of weird financial situation. I'm guessing that a lot of the bills for the 2008 FotoFest came due after May 1, 2008--and thus were registered in that tax year. But I bet most of the revenue associated with FotoFest 2008 came before May 1! Before we dive in deeper, I want to compare FotoFest to a few other arts organizations in town that are registered nonprofits (and thus produce 990s).

So, back to FotoFest. I mentioned that revenue and expenses are likely to be "lumpy" because their big event happens every two years. The 2009 return didn't include a FotoFest and had revenues of $783 thousand. But the 2008 revenue was $1,590,893--more than twice as much. When FotoFest comes around, people open their wallets.

If we look at 2009, we can start to see some of the deep-pocketed individuals (as opposed to foundations) who contributed to FotoFest. They did a Form 990 EZ in 2009, which meant they were required to list every donor who gave $5000 or more. The big foundations gave a lot less that year. On one hand, it may be that FotoFest asked for less (it being an "off-year"), but we must also consider that the foundations' endowments took huge hits that year. The foundations are still the major donors, but six individuals or married couples gave more than $5000 that year.

How much of the contributions are from the deep pocket people? In 2009, they received $763,815 in contributions. Of that, $403,050 came from foundations and individuals contributing more than $5000. So the proletariat contributed $360,765. When you stuffed a dollar into the donations box, you did your part.

One thing you notice when you look at these tax forms is that FotoFest spends all the money they get. And why not? They aren't a corporation--they are not going to pay out dividends. They ask for the money they need. Sometimes they get a little more than that, sometimes a little less. The foundations look closely at their books and operation.

"In your proposal to the foundation, you include your budget, you include last year's 990, as well as the year end report," Wendy Watriss explained. She laid out how much money comes from the various sources:

30% foundations
8% from corporations (in-kind donations and cash)
25% earned income (we'll return to this)
20% events (mainly a fine print auction with Sotheby's, but they also have an education event)
11% government
6% individuals

One can imagine that this differs greatly for different organizations and festivals. I think this speaks to the longevity of FotoFest. They know their way around foundations, and since foundations (as we have seen) are able to write the biggest checks,their time and effort cultivating them has a good ROI. The earned income also reflects 20 odd years of doing this--they know how to make money. (Not that making money is their goal.)

They have workshops and portfolio reviews (the Meeting Place) for which they charge photographers to attend. The portfolio reviewers include museum curators, publishers, gallery owners, editors, directors of non-profit organizations and photo agencies--so for photographers, this isn't just a place to get feedback. Serious professional connections can be made at The Meeting Place--not to mention sales. There are potential tangible benefits, and that attracts serious photographers from all over. This is an aspect of FotoFest that is largely invisible to the public, though.

Another revenue generator is the catalog(s) they publish for each festival. 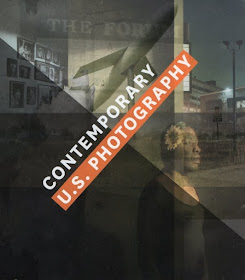 This year, there were two volumes (I think that's how it has been for recent festivals). One is for the official FotoFest exhibits and one for the participating spaces, and they cost $35 if you buy them through the FotoFest website. These are large, beautifully designed books with a stunning variety of photographs in them.

What does all this revenue pay for? I think anyone who has been to the biennial can see that it is a complex and probably expensive event. Form 990 breaks it down somewhat. In 2007 (which included the 2008 biennial). Salaries and wages cost $156,206 (six salaried employees plus two contract workers--they depend a lot on volunteers and short term contract workers during the biennial. They spent $111 thousand on contract labor, and $159 thousand on professional fees--which presumably include the professionals brought in for the Meeting Place). Legal fees were $36 thousand, as was shipping and postage (presumably shipping the artwork accounts for most of that). Printing and publication was $170 thousand--catalogs, which as I mentioned are large and luxurous, as well as mailers and brochures. Travel soaked up $323 thousand. This seems crazy, but I suspect it includes the hotel rooms they purchase for the show, which Watriss said accounts for $200 thousand in hotel rooms for the Doubletree and Lancaster hotels. Because fo the complexity of the Biennial, FotoFest ends up adding a whole additional section, "Statement 2," to the expenses section of Form 990.

So they know what things cost, what their budget is each year, and what to ask for from the foundations. Does it always work? No, because sources of income aren't always dependable.

"We came out of that stronger than ever," Baldwin said. "The fact that we went through it and survived added to our reputation."

I thought I'd be able to handle this in two entries, but I think I'll need a third. I want to briefly discuss the participating spaces and a few other odds and ends.
Robert Boyd at 12:51 PM
Share