For example, this small collage by Hayden Fosdick (who has one of the best names I have ever heard). I actually got this at Gallery 1724 several months ago, but forgot about it until recently! What made me remember it was his excellent collage in The Big Show. 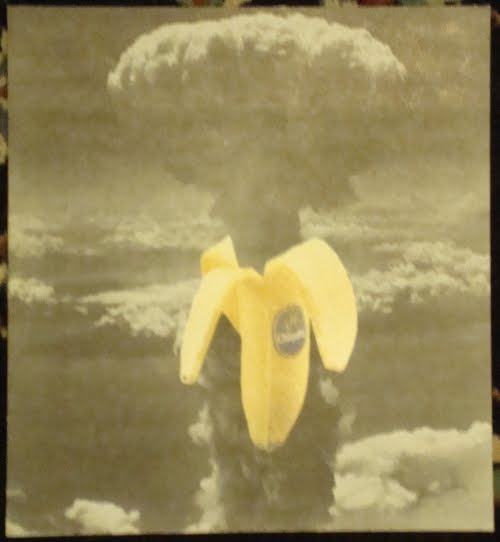 I know nothing about Fosdick, except that I am fairly certain he bears no resemblance to this man.

I also recently bought another small collage. Cheyanne Ramos had a show at McMurtrey Gallery which featured paintings with realistic setting, but where a central figure or object had been blanked out as a silhouette and replaced by a bunch of overlapping images of processed food products. Along with these paintings, she was selling a bunch of tiny collages, where she had taken postcards, cut out the central image, and replaced it underneath with a bunch of cutouts of food product photos, perhaps from the Sunday paper coupons. 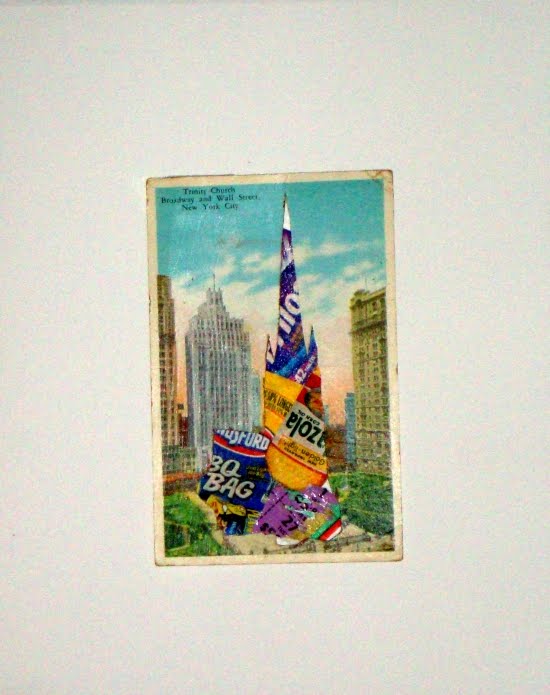 Her collages seem almost like "sketches" for the paintings--or at least where she worked out her basic ideas for them. Cheyanne Ramos is another artist with a cool name about whom I know little. I've seen her work at The Joanna and Box 13, as well as the McMurtrey Gallery. I know she studied to get an MFA at UH, but that's about it. You can see more of her work here.

Finally, in a drastically different medium, is this purple crown by Virginia Scotchie. 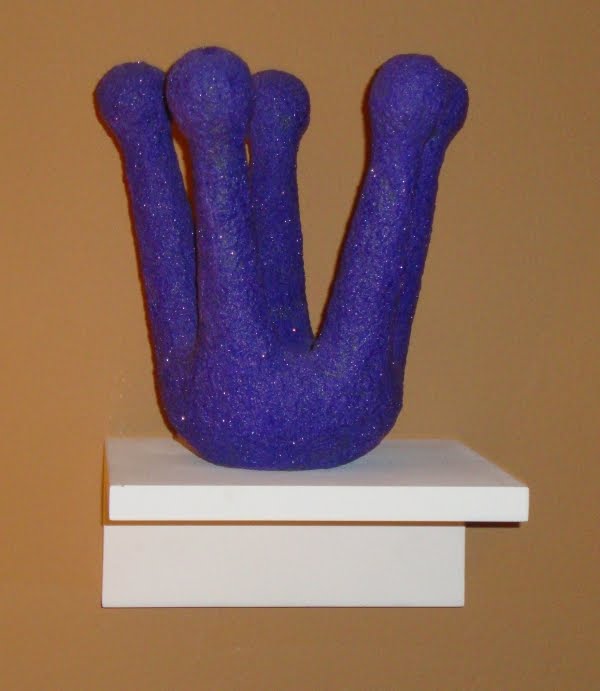 This I got at Goldesberry. She had shown several months ago, and I really liked her work. She made cool textures and shapes. There were a number of similarly sized pieces that were all good. It was hard choosing. I finally picked the purple crown because it seemed so absurd. It's beautiful and makes me smile. (You can see a lot more similar objects on her web page.) She is also a professor at the University of South Carolina.
Robert Boyd at 7:56 PM
Share