The Cinema Arts Festival is here, and I saw a great movie, The Woodmans, last night. They are showing it again on Sunday night--it's really worth seeing. It's about the photographer Francesca Woodman who in her very short life created an utterly astonishing body of work. She is to photography what Évariste Galois was to math. Francesca Woodman committed suicide in 1981 at the age of 22. 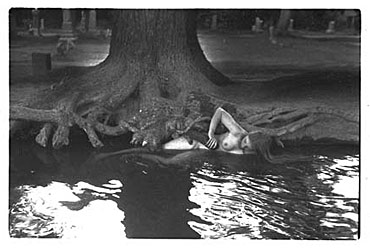 Both her parents were artists, as was her older brother. There seems to be a real sense of competition with her parents, and it is implied that her lack of accomplishment (in her own mind) was one of the causes of her depression. This seems a little unlikely to me, but there was some kind of weird family dynamic going on that only gets hinted at in the movie. I don't know if the parents and brother are deliberately hiding something--it doesn't seem that way. But maybe there was something going on that they are only dimly aware of. Her mother, Betty Woodman, hints as much. 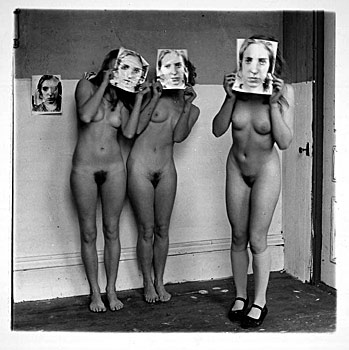 The problem with an artist like this is that early death is romantic. It's one reason we are so fascinated with Galois or James Dean. But this fascination makes it hard to look at the art, which in this case is already asking a lot of viewers--considering how much of her photos are self-portraits. 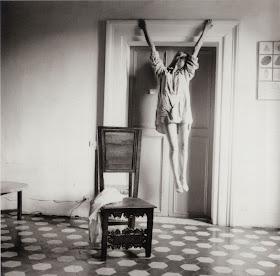 Of course, another thing many might feel looking at her work is jealousy. She was producing brilliant photos when she was still in high school. Just think about what you were doing then. (I was writing and publishing a 'zine, making super 8 movies,  and studying painting with Stella Sullivan--and it was all quite juvenile work.) In the movie in particular, you get the impression that her father might have felt overshadowed by his daughter's brilliance. The sexuality of her photos would add another layer of discomfort for him, I suspect. He was not a particularly successful artist (in terms of gallery shows, etc.)--both Francesca and Betty are far better known artists than father George Woodman. And what is super-weird is that after she died, he went from being a painter to being a photographer--of beautiful young woman, often nude.

I wasn't aware of Francesca Woodman's work before I saw this movie. Now I am totally smitten with it. For that reason alone, I highly recommend it.
Robert Boyd at 12:02 PM
Share