Comics I Got in Brooklyn, part 3

We've only scratched the surface of the comics I got in Brooklyn. So here is part 3 of my series on all the comics (and other publications) I got at the Brooklyn Comics & Graphics Festival.

Generally speaking, the stuff there represented the very newest work by often very young cartoonists. The sensibility was pretty hipsterish. But one exhibitor, Rosebud Archives, was showing these New Yorkers a part of their history. Rosebud's mission, according to their website, is "to celebrate the cultural heritage of the cartoon and graphic arts – preservation, scholarship, restoration, quality reproductions in prints, stationery, portfolios, books, and other exciting forms." And at their table, they had a bunch of minicomics by Gluyas Williams (1888-1982).

Williams is perhaps best known as a classic New Yorker cartoonist. But he apparently played around with narrative cartoons, which is what Rosebud reprinted and had for sale here. Drawn in an elegant clean-line style, these comics are utterly charming. I got four, including two that feature homo suburbus as the butt of Williams' humor. 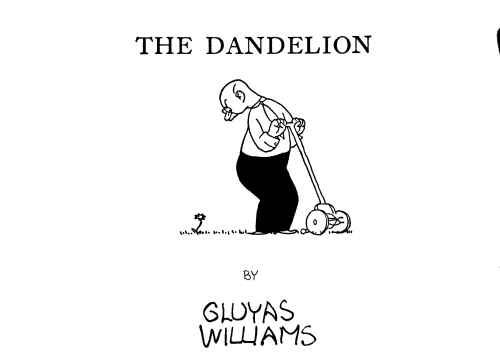 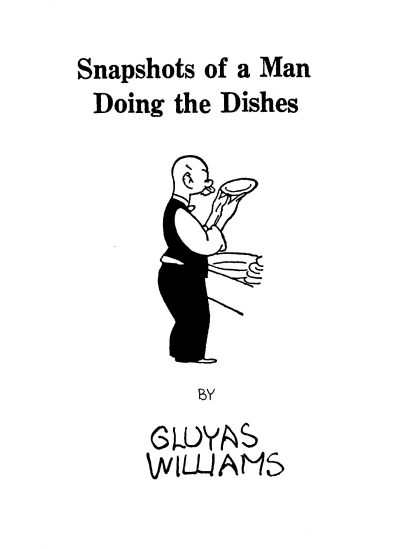 Gluyas Williams, Snapshots of a Man Doing the Dishes, undated

I'm guessing that these are from the 1920s, but really I have no idea. On one hand, I wish Rosebud had included some background info with these minis. But on the other hand, they are so lovely and elegant, it would almost be a shame to load them down with explanatory text. 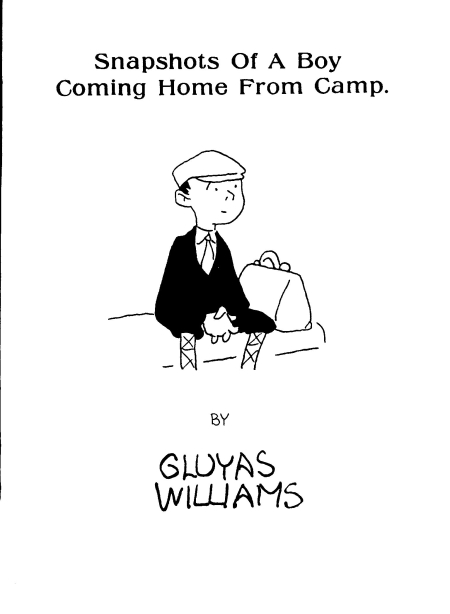 A boy is coming home from summer camp on a train, and we are privy to his thoughts as the train comes closer to the station. I don't want to spoil this--but let's say that this was one of the most touching vignettes I've read in a while. I had a lump in my throat at the end.

This one was pure comics. Each panel shows the boy in question in a different position, as he turns 360 degrees in the chair. It is a perfect depiction of childish restlessness. 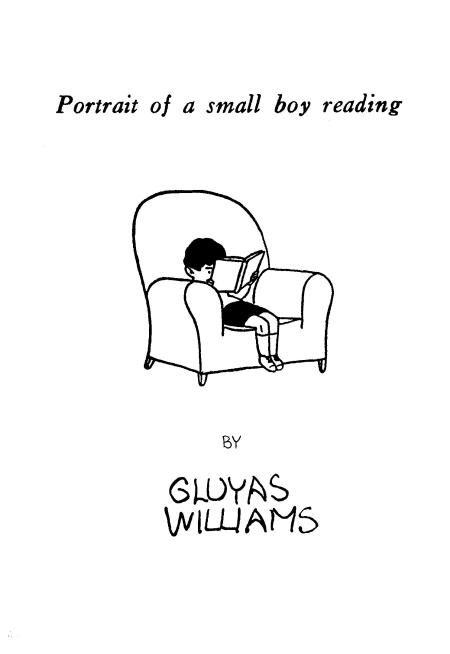 These minicomics appear to be taken from two books published by Rosebud, Short Stories by Gluyas Williams volumes 1 and 2. I'll definitely be getting them. 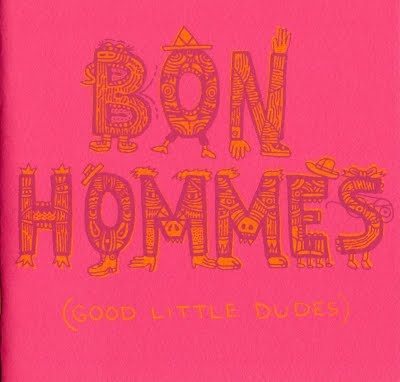 This small but thick mini isn't a comic but is instead a collection of "good little dudes". Rob Corradetti drew them and Ben Sisto gave them names. They remind me a bit of Marc Bell. I love Corradetti's colors. 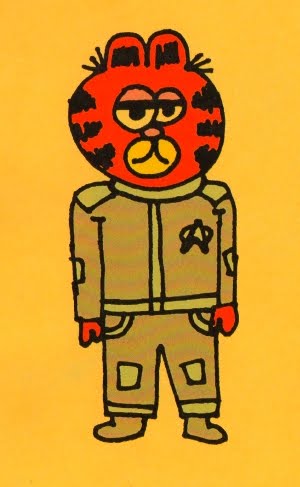 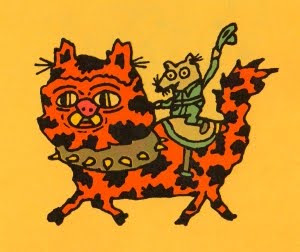 There's not much to say about this except that the drawings are fun, delightful, and entertaining. Perfect for a minicomic, even if it's not really a comic. 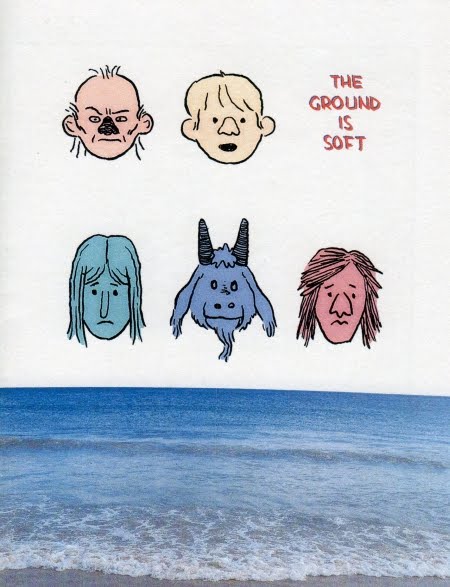 Chuck Forsman also brought along a thick minicomic to the festival, but in this case, it was a longish medieval coming-of-age story. Oliver is a boy whose father is a knight. In order to gain the right to get a second wife, his father promises that Oliver will join the priesthood. The mini is mainly about Oliver's lifelong failure to to do so, and his abusive father's anger at it. The father-son dynamic is something many can relate to, but Forsman also includes a variety of bizarre, inexplicable actions undertaken by Oliver (sitting in the "goat boat," for example) that remind the reader that the time and place in which this story is set is very different from one's own. 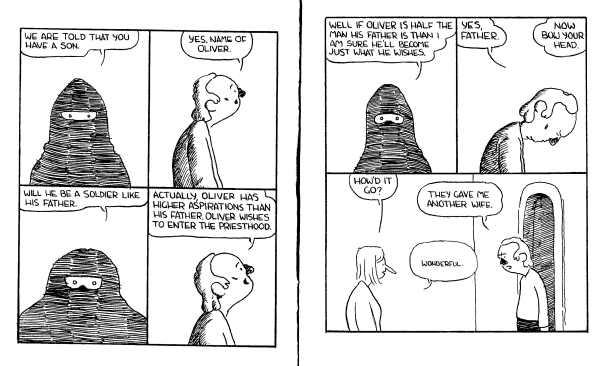 The drawing and storytelling are minimal--Forsman on his blog specifically namechecks Charles Schulz. It doesn't completely work as a story, but it's not bad. For a minicomic, it's a very ambitious narrative. His playing with earlier comics styles is appealing--artists ranging from the Air Pirates gang to Chester Brown have made great use of the technique. 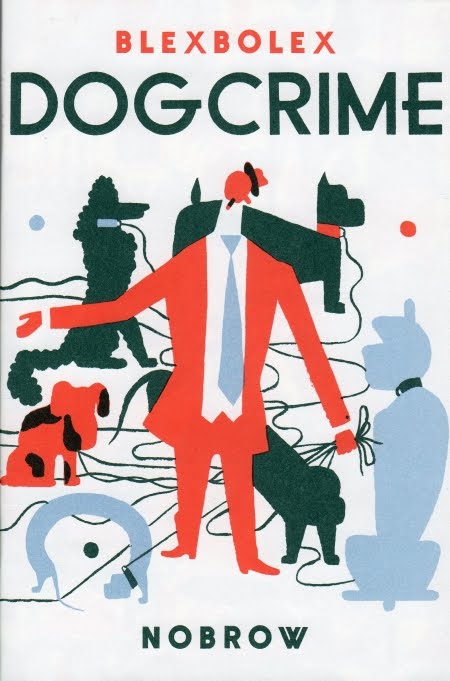 I reviewed an earlier Blexbolex book, Abecedaria. This one is equally bizarre. Dealing with human's close relations to dogs, it envisions a world where dogs and humans are more-or-less equal citizens, a world in which the rarest and most disgusting crime is a crime against a dog. Our nameless protagonist is sent to investigate just such a crime. 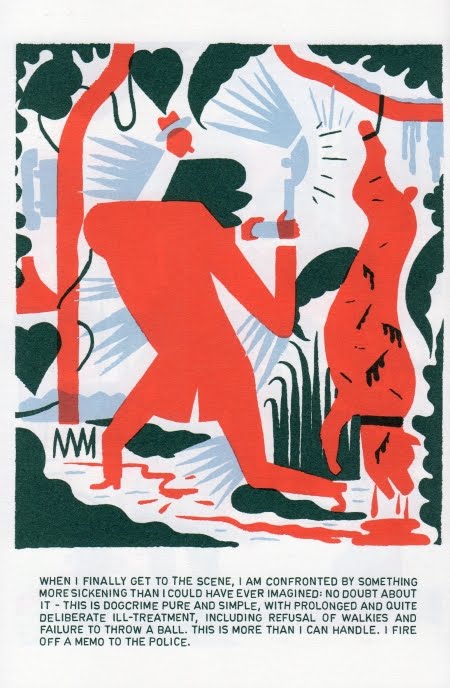 Like Abecedaria, Dogcrime is told storybook-style. I found this gruesome page especially amusing because of the disconnect between the crimes described in the text ("refusal of walkies") and the crime displayed in the image. The text is translated from French, and I can't testify to how accurate it is, but the text is quite good. The artwork is in Blexbolex's patented geometric-nostalgic style. Dogcrime is a beautiful, weird book.