Highwater Books and Me 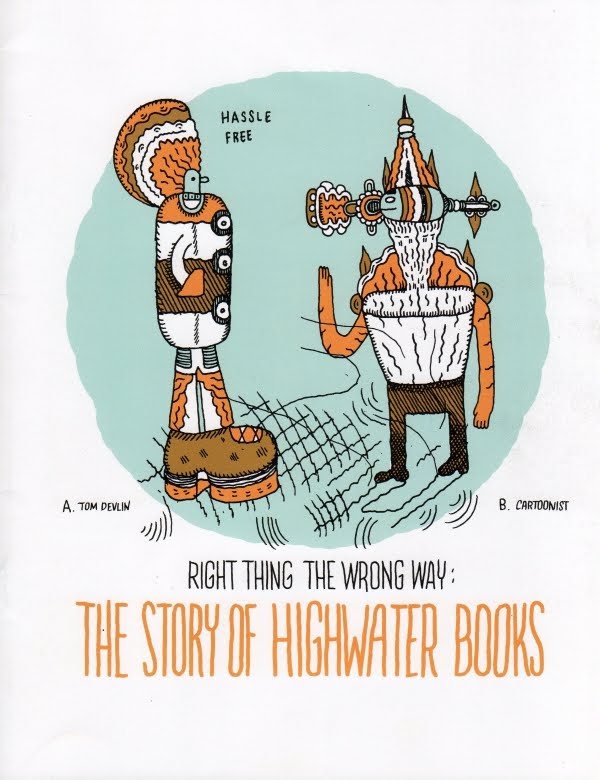 Marc Bell, The Right Thing the Wrong Way: The Story of Highwater Books, 2010

I picked up Right Thing the Wrong Way: The Story of Highwater Books at the Brooklyn Comics & Graphics Festival. It is a catalog from an exhibit at the Fourth Wall Project in Boston from earlier this year. I wish I could have seen it, but then again, I've seen it all before. I was sort of a hanger-on from the birth of Highwater.

Highwater Books was a small-press publisher that existed from 1997 to 2004. The man behind it was Tom Devlin, who is now creative director of Drawn & Quarterly. In 1996, I moved out to western Massachusetts to work for Kitchen Sink Press. There were no good comic stores in the Northampton area (by my own idiosyncratic definition of "good"), but I had heard good things about Million Year Picnic in Cambridge, MA. So I made a road trip out and liked what I saw a lot. I don't know if I met Tom that first trip out or not. (My memory of anything more than five minutes ago is really hazy.) Somehow I heard that Jessica Abel would be signing there. I had met Jessica in Chicago and really liked her self-published comics. I had reviewed them in my column "Minimalism," which I wrote for The Comics Journal. So I was looking forward to seeing her again.

This turned out to be an important moment for Highwater, which didn't exist yet. Jessica suggested that Tom bring Brian Ralph up from Providence, RI, for the signing. This was when Tom was introduced to Fort Thunder. Apparently Brian came up with his girlfriend and Paul Lyons, but I have no memory of them. (Lyons was later my roommate for about a week while he fruitlessly looked for a decent place to live in Northampton. I felt so bad about his abortive Northampton experience that I interviewed him later for the Fort Thunder issue of The Comics Journal.)

Anyway, I got to be friends with Tom and was pretty energized by his schemes, although I was always at arms length. In any case, he inspired me to start Westhampton House, which ended up losing me thousands of dollars, but did manage to distribute a bunch of pretty cool Eurocomics to the U.S.

But the next thing I did with Highwater was to draw a story for Coober Skeber issue 2. This was the infamous Marvel Benefit issue. Tom ask me if I wanted to do a story. So I picked Dr. Strange and did a really psychedelic story. But I didn't sign it because I was worried that Marvel might make trouble, which would be bad for me or, more importantly, my employer, Kitchen Sink Press. But really, I was just a big pussy. 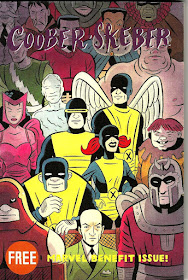 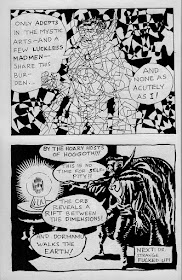 I hung out in Somerville (where Tom lived in a group house with a bunch of other very cool people) as often as I could. Those guys had great parties. Jordan Crane moved to Somerville and he had his amazing Non series going on. Jordan, Tom and I decided to share a booth at San Diego, and Jordan silkscreened an absolutely astonishing repeating pattern with the names of out three publishing companies. The San Diego shows were always fun. (I introduced Tom to his future wife Peggy at one of those San Diego cons.) We also shared tables at shows in Boston and a memorable small press show in New York City. These were mostly letterpress poetry publishers, so I think there was a lot of perplexity when people looked at our stuff. But we met S. Clay Wilson there, who was there with his girlfriend and her mother, who was a funky beatnik poet/artist. They were great fun to hang out with. 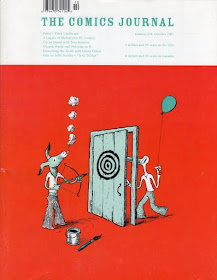 My last major contact with Highwater as an entity was when Tom guest-edited an issue of The Comics Journal. He asked me to write an article, so I chose to write about how manga was poised to take over the comics market. The article had a completely inside joke title--"On Second Thought, There Is a Need for Tenchi." But I'm really proud of it--I called the rise of manga in the U.S. Now that manga seems to have dropped in popularity (or leveled off), the fact remains that it has changed comics in the U.S.