I lived in Seattle for four years in the early 90s. For most people, that period in Seattle cultural history is remembered primarily for grunge rock, but my theory is that any city of sufficient size always has interesting art going on. Only occasionally does it break out into awareness by the rest of the world, as grunge did. Seattle's art scene, at that time, was interesting and vibrant. From my point of view, it was centered around COCA, the Center on Contemporary Art. (Unfortunately, their site doesn't contain information about exhibits prior to 2007.) At the time, it was located in a large nondescript building downtown (next to the infamous Lusty Lady), and the director was a local art impresario named Larry Reid. Reid was friends with some people in the local alternative comics community, and that's how I got to know him. And through his wonderful COCA exhibits, I got familiar with some of the most interesting Seattle-area artists. People like Charles Krafft, who will be exhibiting at PG Contemporary later this year, sound artist Trimpin, and sculptor James Acord. 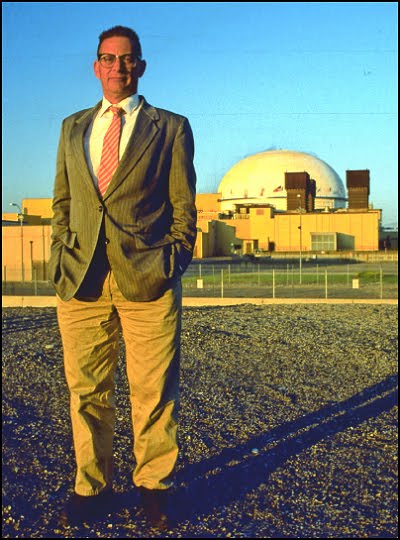 The first show of Acord's I saw featured piles of orange Fiesta Ware (the orange glaze was made from uranium oxide in the innocent days before WWII), the sleeve of a nuclear fuel rod (minus the fuel), and tons of paper documentation dealing with his ultimately successful attempt to become a licensed handler of nuclear materials. As far as I can tell, Acord started off as a more-or-less traditional sculptor. He became interested in sculpting granite and learned that granite typically contained a lot of uranium (which is why your granite countertops are slightly radioactive). This fact made him more and more interested in uranium as an artistic material. He studied nuclear science, moved to Richland, Washington--near the Hanford Nuclear Reservation--cut his hair into a crew-cut and started wearing suits so he could blend in better with the nuclear engineers there. When he finally got his license--the only one ever granted to an individual--he had the license number tattooed onto the back of his neck. 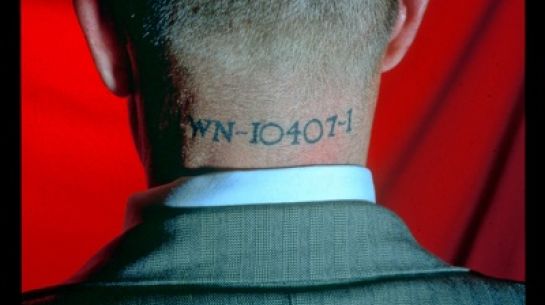 What I love about Acord's work the most is his single-minded devotion to one thing. He was eager to explore every artistic possibility of nuclear material. So his work ranged from traditional sculpture to process art. Displaying the bureaucratic documentation for getting his license is a far cry from sculpting a granite animal skull. But the granite sculptures are part of the overall project. The Hanford Nuclear Reservation is one of the most dangerous and polluted places on Earth, and because there is so much radioactive waste there that is likely to stay there more-or-less forever, Acord designed sculptures to warn off future humans. He wanted to create objects the would still be comprehensible 500 or 1000 years from now--when humanity might no longer be literate. His spooky sculptures and designs for large-scale "warning" sculptures are unnerving massages for the future. 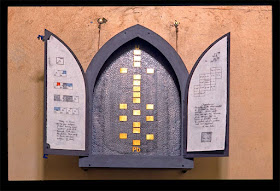 James Acord died on January 9, 2011. A memorial website has been set up, and here is a video of Acord describing his obsession.