Red Krayola and Forrest Bess at the Whitney Biennial

The Red Crayola was a rock band made up of students at St. Thomas University. It was formed in 1966 and included as members Mayo Thompson and Frederick Barthelme. They were a psychedelic band that veered heavily into pure happening. Amazingly enough, they were picked up by a Houston-based label, International Artists (run by Lelan Rogers, brother of Kenny). Their songs included such titles as "Pink Stainless Tail," "War Sucks" and "Hurricane Fighter Plane." They weren't exactly the kind of band that played at the high school prom. Their second album was rejected by the label as being "too abstract." 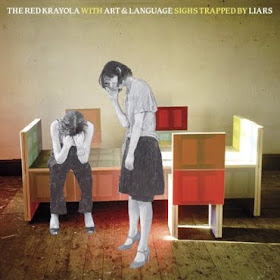 The Red Krayola with Art & Language, Sighs Trapped by Liars

The band broke up in the late sixties, and Mayo Thompson ended up in the UK working as a producer for Rough Trade while also participating in the amorphous art collective Art & Language. While working as a producer for some of the seminal post-punk bands, he decided to reform Red Crayola. Since that time, any group that Mayo puts together is, effectively, Red Crayola (or Red Krayola in the U.S. for trademark reasons). The Red Krayola has been responsible for some of the most interesting and challenging rock music ever made over the past three and a half decades, but also some of the wittiest (see Five American Portraits, for example) and some of the most beautiful (one of my favorite songs is "Fairest of them All" from Sighs Trapped by Liars). 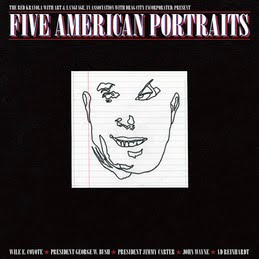 I was having a conversation with a friend the other night, and he was lamenting the fact that the music world and the visual art world in Houston weren't more closely aligned. I think that this kind of thing ebbs and flows, but certainly Mayo Thompson is a person in whom this kind of alignment is personified.

So I was surprised but quite delighted that the Red Krayola had been chosen for the 2112 Whitney Biennial. Even though Mayo Thompson hasn't lived in Houston for a long, long time, I'll claim the Red Krayola as a "Houston artist" by virtue of its origins here. 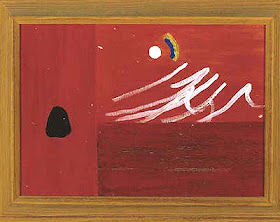 Another surprise Houston-area artist in the upcoming Biennial is Forrest Bess (1911-1977). Bess was a highly eccentric artist who was born in Bay City (which is near Matagorda Bay). Bess spent most of his life running a bait camp in Chinquapin. And while he was doing it, he was painting a great body of abstract paintings. He wasn't a naive artist or an outsider artist--he was aware of the contemporary art scene in New York, and was represented by Betty Parsons. He had a one-man show at the MFAH in 1951 and one at the CAMH in 1962. He had correspondences with several intellectual titans of his time (including a long correspondence with Meyer Schapiro). Bess had an obsession with being a hermaphrodite, and attempted to perform an operation on himself for that purpose. (We published an account of Bess by one of his last assistants, Michael Senna, back in October.) 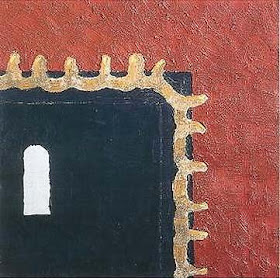 As far as I can tell, these are the only artists who have any connection with Houston in the 2112 Whitney Biennial.