The Saruman of Menil Park 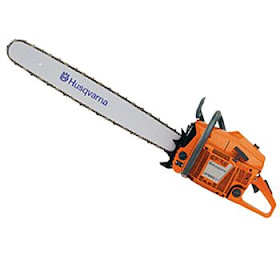 The Art Guys/Douglas Britt/Devon Britt-Darby/defenseless baby oak tree controversy continues. On Saturday morning, people at the Menil discovered that the eight-year-old oak that the Art Guys "married" in 2009 in a performance called "The Art Guys Marry a Plant" had been snapped in two.

Now this might be written off as a mere act of stupid vandalism if not for the repeated negative attention that Douglas Britt (aka Devon Britt-Darby) has brought to the performance. Even before the performance (part of CAMH's No Zoning exhibit), Britt expressed serious misgivings. His basic argument was that this performance made fun of the very real, very consequential battle for gay marriage rights that was taking place all over the U.S. Britt said it exemplified the "slippery slope" argument of anti-gay marriage types. (i.e, "If you left two men get married, the next thing you know, ___________ will be marrying __________!" You fill in the blanks. My choices are "panthers" and "algae.") But it wasn't until the Menil Museum bought the tree for their permanent collection that he really went ballistic. The tree-planting event was a big deal, officiated by Lawrence Weschler (one of my favorite writers, and one of the few non-specialist public intellectuals still around) and featuring a discussion of the work by sculptor James Surls. 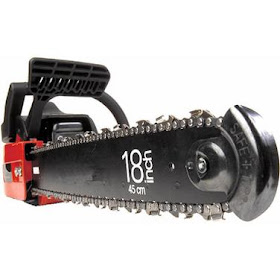 Britt wrote a scathing denunciation of this which was an introduction to his counter-performance, The Art Gay Marries a Woman. This performance was quite clever and used the publicity of the Art Guys' event to draw attention to the craziness of marriage laws in the U.S. (i.e., it is perfectly legal for a gay guy to marry a woman as a publicity stunt, because such a stunt somehow maintains the sanctity of marriage? But two gay people marrying as a demonstration of love and commitment somehow hurts the sanctity of marriage? I guess "sanctity" has a different definition than I thought).

The problem was that his article was censored. He wanted to name the Zilkhas in the article. Michael Zilka is a trustee of the Menil, and the Zilkhas are an important, powerful family in Houston. The Art Guys dedicated the piece to the Zilkhas, so they were part of the story. But his editor said, leave them out. This really pushed Britt over the edge. This is what pushed him to do his current "social sculpture"/road trip, as I have discussed here and here, and which more importanly, you can follow in Britt's video blog, Reliable Narratives.

So what does this have to do with the vandalized tree? Britt is in Miami, so he has a pretty rock solid alibi. But he went on Reliable Narratives and spoke about how he warned the Menil this could happen. Over and over. So what did they expect?


It’s worth noting that I warned the Menil Collection both publicly, in this article posted this article posted Nov. 8, and in a follow-up voice mail to a museum spokesman, that some Houstonians were suggesting harming The Art Guys’ tree. The Menil ignored my warnings.

Then, on Thanksgiving Day, I pulled off and documented a guerrilla action that should have made perfectly clear how vulnerable the tree was to physical assault.

This, too, the Menil ignored, in keeping with its response to all criticism of its accession of the tree, a living — now probably barely living — artifact of the performance The Art Guys Marry a Plant. [Reliable Narratives, December 4, 2011]

I hope readers will see how scuzzy this is. Britt's repeated (and sometimes intemperate) criticism of the piece was what put it into the news. Warning the Menil that it might be vandalized and demonstrating how in a video shown on a public forum was an invitation for someone else to vandalize it. This is a strategy used by anti-Muslim bigots (for example) who warn about how a new mosque in a neighborhood might be vandalized and it would just be better if it weren't there. I don't equate Britt with anti-Muslim bigots, but he has to accept the possibility that his words and guerrilla video may have given someone ideas. His anger at this action therefore seems frankly insincere.


When I am in Houston I live across the street from Menil Park... And I confidently can say that everyone is assuming this was intentional... There are many "kids" that play at night in the area and often I'm sure intoxicated... I would not be so quick to assume it was at all about anything to do with art or vandalism.... It just might have been a small tree which got hit... It's all relative and we don't know all the facts... it is disappointing that this happened but also disappointing that the media assumes the worst 99.99% of the time. . And also was the tree art or the performance? I always though it was the ceremony... Ok let's assume the piece continues through the tree living and growing... The tree is not dead... Life continues... Prune the broken section off and move on... Marriages and life are full of tragedy... We pick up the pieces and move forward in life so let the tree grow on. (from Daniel Kayne's Facebook page)

Kayne is right that we assume the worst. But part of the reason we expect the worst is because Britt has repeatedly asked us to expect the worst. And the fact that he automatically assumed the worst is a reflection of his vanity. (As is his constant shirtlessness in his videos, but that's another subject.) But here I am writing about it. I am as participating in this whole spectacle. And meanwhile, no word from the tree-killing asshole about why he (or she) did it. 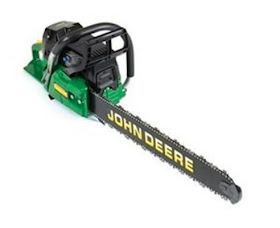