The Lamentable End of Domy 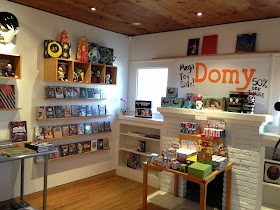 A rumor had been going around that when Domy closed at its current location that it would be moving into the location of Space around the corner. Space had been evicted (and is moving across the street), so it seemed reasonable to believe that Domy would be moving into the smaller space while the Brandon art gallery opened in Domy's old location. However, yesterday Domy officially announced that instead it would be permanently closing.


Alright folks, in case you haven't heard by now, Domy Books - Houston will be closing our doors this month. The owner, Dan Fergus, made a small statement regarding it:


"We would like to thank everyone who has supported Domy over the years. Please join us for our going away party on Sunday , July 7th 6-8pm. Everything in the store will be on clearance from July 7-July 14"


So there you go. All of us at Domy throughout our seven years would like to thank you for your patronage and support. Come out on Sunday, July 7th and give us a good send off and a hot slap on the ass. Food, drinks, music, and tons of cheap stuff. And yes, things are already being marked down so if you wanna get a jump on things pop on by.


And many thanks to everyone who did time behind the counters in both locations these years: Russell, Seth, Patrick, Nick, Lane, Lisa, Bucky, John, Stewart, Sam, Matt, Brandon, Whitney, Ariana, Ali, Travis, Mikaylah...i know i'm missing some Austin folk.

But you get the idea. You all helped make Domy what it is/was. Thanks.

Now come buy some books!!! I can't take them all home!

This announcement on Facebook caused wails of dismay in the comments section. As well it should. The problem with Domy closing is not just that an interesting bookstore is going away, but that there is no substitute for it locally. When an art gallery in Houston closes, I feel bad for them but I know I'll still be able to see art in Houston. But what Domy sold was unique--no other store in Houston carries this stuff. 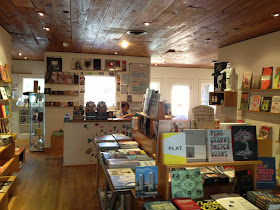 In Chicago, you have Quimby's. In Portland you have Reading Frenzy and CounterMedia. In Los Angeles you have Family. Austin has Farewell Books, Austin Books & Comics and Guzu Gallery. Domy had a wide variety of art comics, some zines, an unusual and interesting selection of art books (including a lot of street art and lowbrow art), a bunch of "psychotronic" videos, an oddball selection of other books and lots of toys. 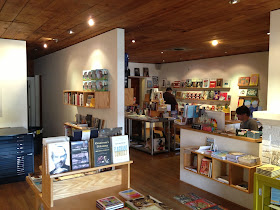 If Domy had a problem, it was that it stocked goods in its various interests shallowly. Its merchandise was a bit scattered. I think it would have been better to have one or two specialties and a super-deep selection of each. (Personally I could have lived without the toys, but I know lots of people loved them.) 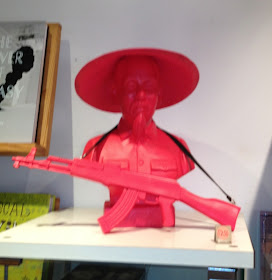 And occasionally the "toys" are pretty amazing, like this hot pink bust of Ho Chi Minh. 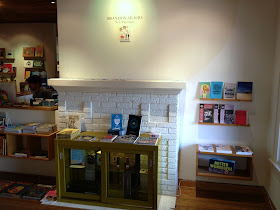 I was at Domy yesterday and bought a lot of books, including Nobrow 8. Without Domy, where will I find books like this? Nowhere in Houston, it seems. 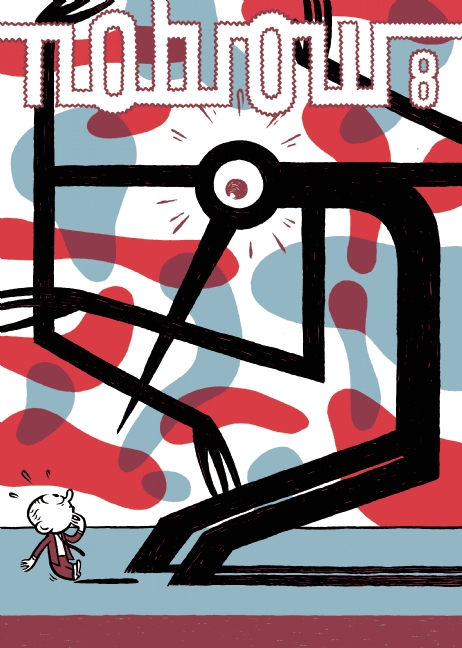 So I am selfishly mourning the demise of Domy because a book store which carries a lot of books I like is going away. Now I can probably find what I'm looking for online or in other city's good bookstores when I travel. So for me, the closing of Domy is a sad event. But for Houston, it's a tragedy. It removes the one place in Houston where someone can stumble across a copy of Nobrow serendipitously. Maybe the days of finding something obscure in a bookstore or record store or wherever is an archaic experience, obviated by the coming of the internet. But I don't believe it. Until you see a copy of Nobrow and flip through it, how will you know this might appeal to you? In other words, finding these kinds of things by accident in a funky old store off the beaten track can expand your mind. Especially if you're young.

When I was 16 and got my driver's license (in 1979), my buddies and I started coming to The River Oaks Theater, which at the time was a repertory theater--a new double feature every night. Initially, we were going to see rock and roll movies like The Kids Are Alright or Yessongs. But eventually we started discovering weird movies that we had never heard of there. Likewise, we started haunting the Half Price Books & Records on Waugh, buying records just because they had cool covers. I mention this because these places were part of my cultural education--they opened my eyes to new ways of reading and seeing and listening. And I would be amazed if Domy hadn't had the same effect on many a young person, seeking something without exactly knowing what it was they sought until they found it at Domy.

And now it's gone and there's nothing to replace it in Houston. You can still buy art books at the Menil and MFAH bookstores, and Kaboom! and Brazos Bookstores are fine places to get a book. But if you want to buy (or even just browse) zines or art comics or lowbrow art books or any number of other things, Domy was your only choice.

So they are closing with a big sale. You should head down there and pick their bones. (I already walked off with $160 worth of sale books yesterday...) Here are a few recommendations. 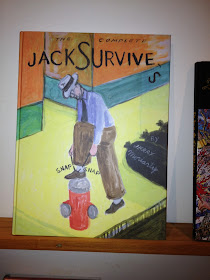 Jack Survives by Jerry Moriarty. Much of this was originally published in RAW. It's utterly brilliant work by a painter who never sells his paintings. 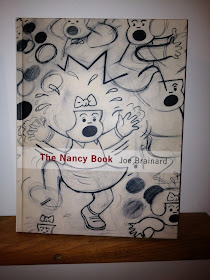 The Nancy Book by Joe Brainard. Joe Brainard was a writer/artist/proto-zinester back in the 60s and 70s. He was obsessed with Nancy and did a lot of Nancy-related artwork, collected here in this great book. 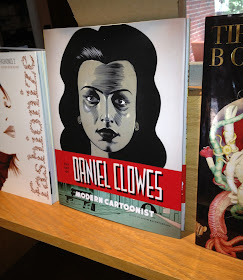 This pretty book about Dan Clowes, the great alternative cartoonist currently having a retrospective at the Museum of Contemporary Art in Chicago, is well worth having. (But you would probably be better off buying some of his actual comics, which Domy also had when I was there.) 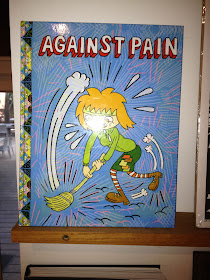 This is my favorite collection of comics by Ron Regé, one of the best art comics guys to come out the Boston scene centered around Highwater Books. 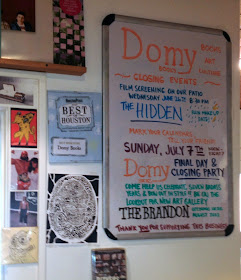 Goodbye Domy. It was great while it lasted. Is there another nutcase out there willing to risk everything on a funky alternative bookstore? If so, you have one customer--me--waiting for you to open your doors.