Pan Recommends for the week of August 22 to August 28

Here's most of what's opening up this weekend in Houston's art scene in these last few weeks before the fall season. 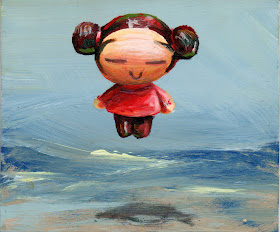 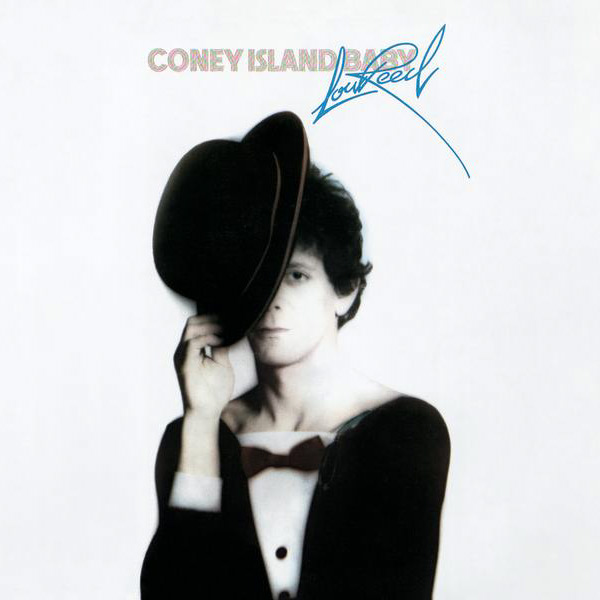 20Hertz: Bill Arning Presents "Sad Bastard Music, C'est Moi", 7:30 pm at CAMH. A lecture by CAMH director and former rocker Bill Arning on "sad bastard music," such as David Bowie, Lou Reed, Patti Smith, The Buzzcocks, Pulp, Belle and Sebastian, Xiu Xiu, and Perfume Genius. What this has to do with visual arts, I don't know but who cares? This is some of my favorite music! 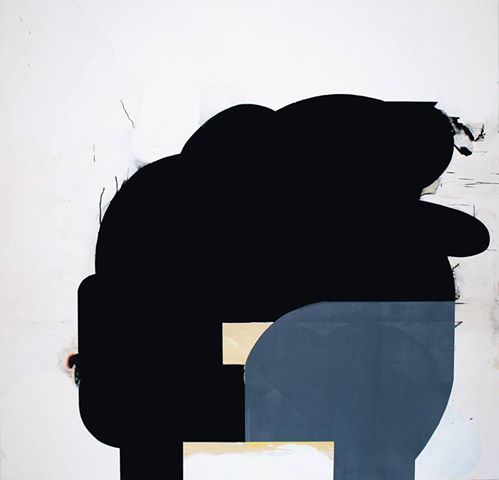 Texas Biennial Invitational : Christie Blizard, Marcelyn McNeil, Tom Orr and Brad Tucker, curated by Michael Duncan and Virginia Rutledge at Lawndale Art Center, 5 to 8:30 pm. This is a little confusing--this show isn't part of the Texas Biennial, but features four artists previously selected for the Texas Biennial. So I guess this is kind of a spin-off? 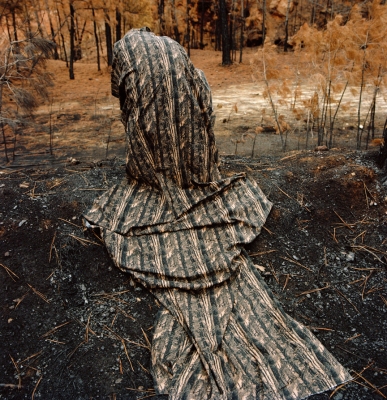 Fantastic Habitat by Susi Brister at Lawndale Art Center, 5 to 8:30 pm. Some of these photos may feel like modern updates of Cousin It, but overall this looks like a very beautiful if somewhat unnerving suite of images. 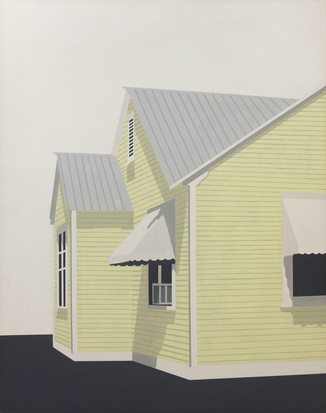 Now, What Was There? by Cary Reeder at Lawndale Art Center, 5 to 8:30 pm. Cary Reeder paints beautiful, stripped-down images of the charming but endangered  bungalows in the Heights. Wouldn't it be ironic if the upper-middle-class burgers of the Heights bought them to decorate their new McMansions? 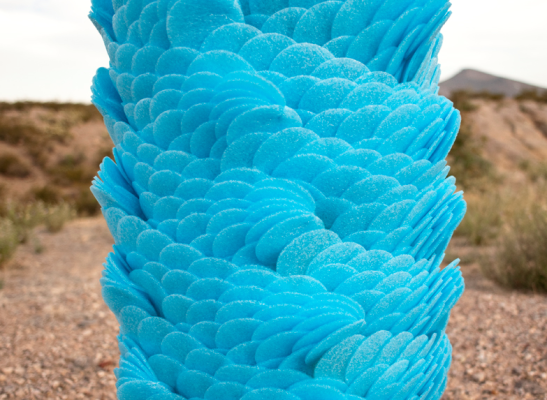 Susannah Mira's Water Tower (2012) isn't going to be in the show, but it looks really cool!

Room Divider by Susannah Mira at Lawndale Art Center, 5 to 8:30 pm. We got a tantalizing taste of Mira's work in the Big Show, and now we will see what a room-full of her geometric assemblages look like. 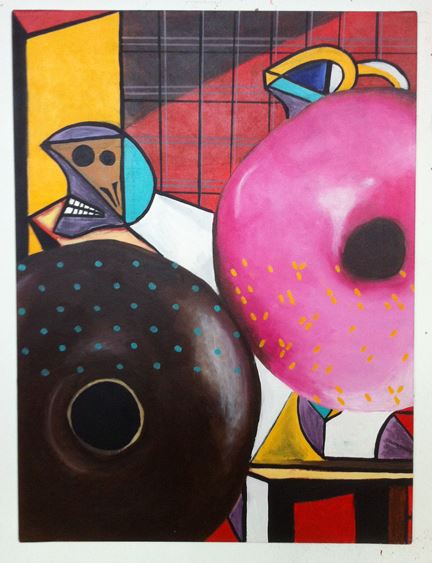 The MENIL/FIESTA Project: Ten Years of a Curious Painting Assignment At the University of Houston at Inman Gallery, 6 to 8 pm (up through August 24, so don't procrastinate!) UH Painting professors Aaron Parazette and Gael Stack have, for the last 10 years, been sending their students to the Menil and to Fiesta Mart in order to synthesize their impressions into one painting. This is a show of some of the best results of this assignment.

Houston Is So Hot! featuring Ivete Lucas, Tish Stringer, Bill Daniel, Chris Nelson, Alex Luster, Stephanie Saint Sanchez, Madsen Minax and more at the Aurora Picture Show, 7:30 pm. I don't know about you, but sitting in an air-conditioned movie theater is about my favorite thing to do in August. 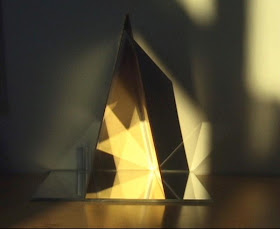 THE DISLOCATED CENTER OF THE MATERIAL WORLD by Jonah Groeneboer at the Galveston Artist Residency, 6 to 9 pm (on view through October 19th). I hate it when there are simultaneous art openings in Houston and Galveston that I want to see. Tough choice! But this one, which includes video, painting, installation and a sound piece, will be up for a while while the videos are Saturday night only... So this one might have to wait until next weekend.