Argument for the Elimination of Art Fairs in Houston: HFAF 2014, part 1 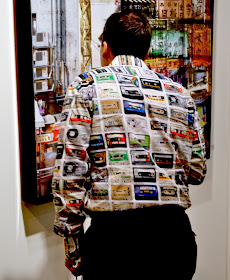 an art lover on Preview Night sporting an awesome shirt

Last year, I observed that the Houston Fine Art Fair had some seriously bad art, but I also happily discussed the art I found admirable. This fair, smaller than less year (like TCAF), had less to recommend it. It was an improvement in some ways over the previous HFAF--last year, I counted at least five Marilyn Monroe images. This year, there was only one that I noticed. 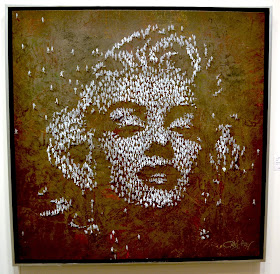 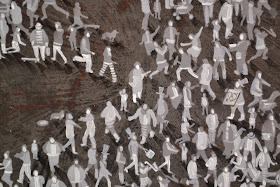 Craig Alan's Trance, if you look very close at the canvas, is quite charming. The little grey and white figures, wandering hither and yon--it's like an abstraction of Washington Square Park on a fall afternoon in a world where top hats are really popular. It's only when you step away that your good feelings are rudely deflated.

But this year there were fewer Marilyns and fewer celebrities in general. But you can't fully escape them at the HFAF. 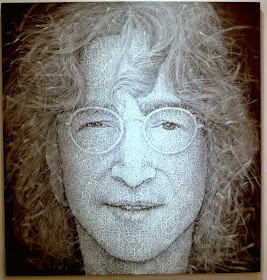 It wouldn't be HFAF without at least one John Lennon and one painting by Alexi Torres. 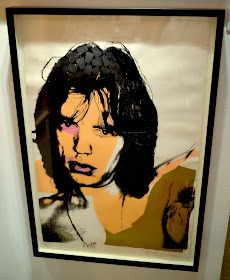 And there are always a few blue chip artists at HFAF. This Andy Warhol reminds you why his reputation deservedly nosedived in the 70s. 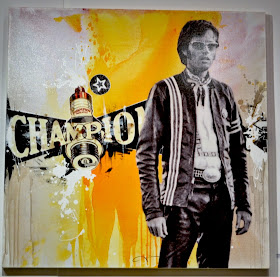 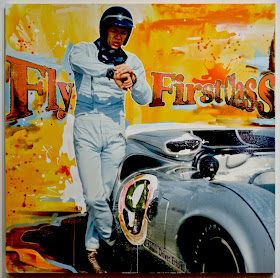 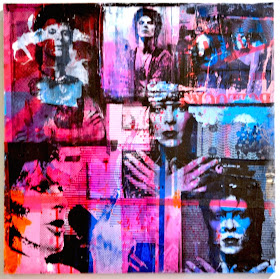 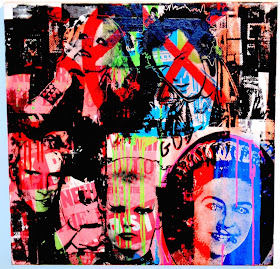 Any picture of the Sex Pistols that leaves out Paul Cook and Steve Jones is an abomination in my view. (Not to mention Glenn Matlock.)

I was a teenager once--I had posters of rock stars on my walls. But when I became a man, I put away childish things. Perhaps A.O. Scott was right.

Then there was the art at HFAF that seemed desperately happy. I wonder about the need to surround yourself with artwork so affirming that it borders on oppressive. 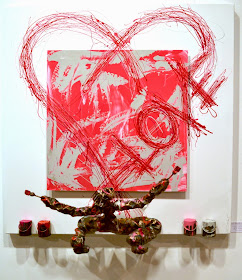 The French are so sophisticated! 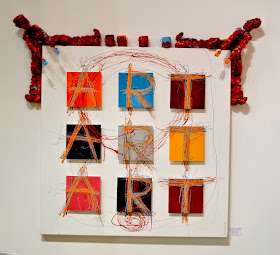 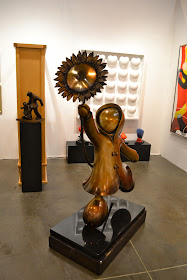 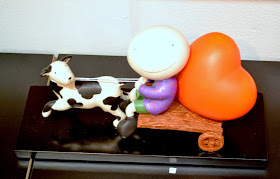 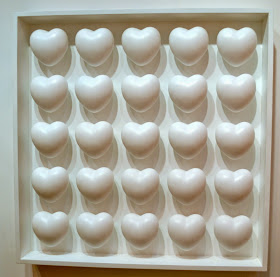 It would be easy to make fun of Mackenzie Thorpe's art, but I don't necessarily see anything wrong with happy decorative objects. They look like the kind of things you would give your mom on Mother's day--and there's nothing wrong with that. What I don't get is why are these in an art fair? Can't you get stuff like this in gift shops all over the world for a fraction of the price?  Is this gallery trying to make a case that this stuff is art? 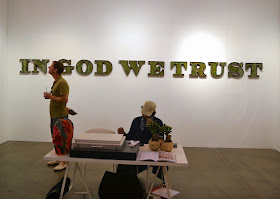 For some strange reason, there is always a lot of art that has to do with money at art fairs. I can't figure it out! What's the connection between "art" and "money"? 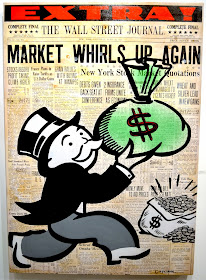 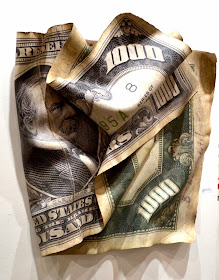 Now admittedly some people might call this art crass and idiotic. What people, you ask? Poor people. 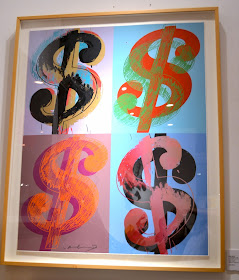 The most reliable way of determining whether art is great or not is how well it flatters rich people, and no one was better at that than Andy Warhol. That's why he was and remains the greatest contemporary artist. 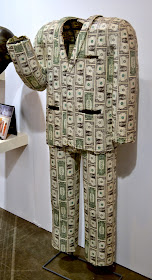 Ken Little, bubby--you just don't get it. You can't flatter the rich with a bunch of one dollar bills. Your sculptures and collages may be witty and clever, but they're chump change. 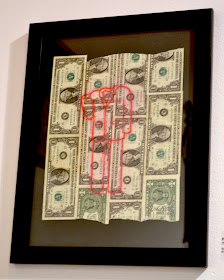 We live in a high-tech age, and that's reflected in art. We see robotic art, internet art, interactive art, LED art, etc.  But the most exciting high tech art of all uses the technology that brought us winking postcards from Stuckey's and turns it into art. Yes, I'm talking about lenticular images.

They're birds but they fishes but then they birds again oh jeez. MIND. BLOWN. 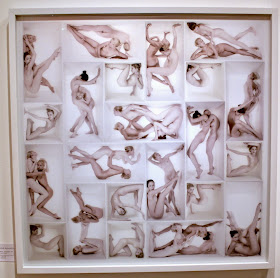 Jeff Robb produces the perfect art for the hip dude-bro pad--it's the art equivalent of two girls fake making out at a bar in Midtown. It's not sleazy, bro--it's art!