OK, I was pretty harsh on the Houston Fine Art Fair here and here. These things are always a mixture. You have the good and the bad and a lot in between. The problem with HFAF was that the bad was so bad, and there was so much of it, one wonders if good galleries like Shoshana Wayne Gallery and Mark Borghi Fine Art will want to continue their association with the fair. Art fairs need to be curated to an extent, and there was little sense that HFAF was particularly selective.

But even if their inclusion criterion was nothing more than a gallery's willingness to pay the booth fee, some good art sneaked in. Here's some of my favorites. 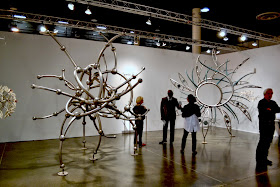 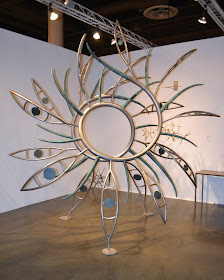 I love James Surls and was struck by how nice these large sculptures look inside (I think they are meant to be outdoors sculptures). I was a bit surprised to see Surls associated with Wade Wilson (I though Barbara Davis was his local gallery when he bothered--but a look at the artists page on their website suggests that is no longer true.Wade Wilson Gallery closed their Houston location after opening a Santa Fe gallery. I was a little surprised to see them in Houston--at least one Houston artist had to sue Wade Wilson to get paid in recent years. 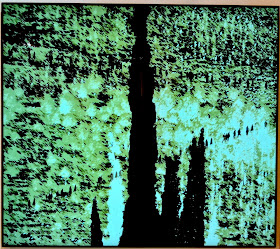 Not surprisingly, there wasn't much video art at HFAF. I think there were literally more lenticular artworks than video artworks. But one video piece I liked was this eerie one by Michal Rovner, featuring two lines of people endlessly marching on what looks like the face of a cliff. A group of cypress is in silhouette in the foreground. The latter feature seemed slightly unnecessary--the point of the work was the endless line of marchers. But as I looked closely, I realized that the center tree covered a seam between two video monitors. I guess you have to work with monitors that are actually manufactured, and if you want to have a nearly square image like this, connecting two monitors is the only way to do it. It detracts from the main idea, unfortunately. But I still found Yaar (Laila) to be a rather haunting piece. 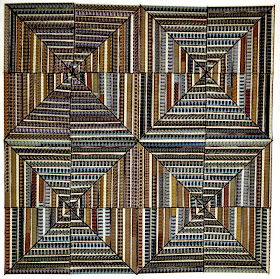 I saw Sabrina Gschwandtner's work earlier this year at Pulse. Aside from creating very interesting collages with old bits of 16 mm film, her surname has the highest consonant to vowel ratio of any other artist that I know of. Her pieces require a lightbox to be seen properly. Because the strips of film are sewn together, there is a rather quilt-like quality to her pieces. I find the patterning quite hypnotic. 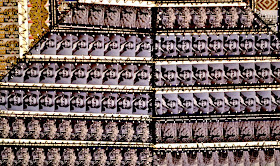 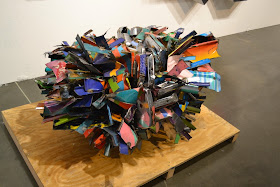 This rather antic piece by John Chamberlain exudes a happy feeling not always present in his work, which can be a little anxious in part because the association one may draw from it with car accidents. I know he always claimed to be a formalist, but still his work is from the high tide of the automobile (and thus the auto accident). It's nearly impossible not to think about that. But here, by using narrow strips of brightly painted sheet metal, I get an entirely different feeling. 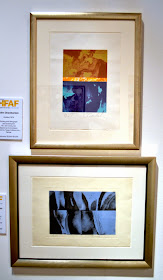 John Chamberlain prints for sale to benefit the Asia Society 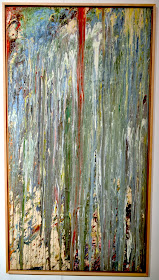 This alarming snot avalanche by Larry Poons was perversely fascinating. 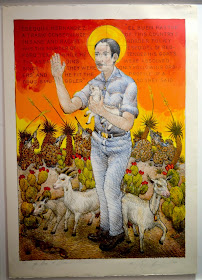 Redbud Gallery had several Luis Jimenez prints, including this powerful portrait of Esequiel Hernández, Jr., the goat herder killed by U.S. Marines in 1997. 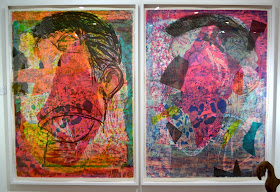 When I saw these antic woodcuts, I immediately thought, "Wow!" I would have never guessed that they were by Jim Dine. There is something about these two faces that really grabs me--a combination of the crude cartoonish rendering, the intense and unexpected colors and the restless texture. 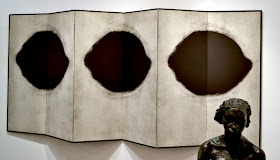 I wish they had displayed this Donald Sultan on the floor so that we could see both sides of the screen. The image on this side is simple, but I love the smudginess.

Great colors on this Bert Long at Deborah Colton Gallery, which had one of the more interesting booths at HFAF. 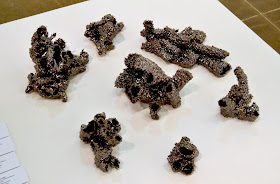 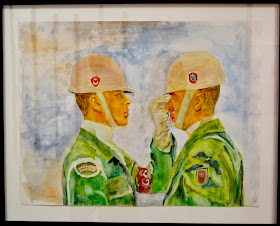 Ferhat Özgür had a whole series of bizarre, slightly martial watercolors, including this tender moment between two Turkish soldiers.

The Houston Artists Hall of Fame 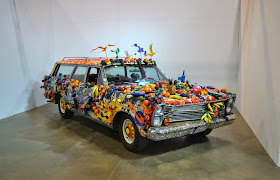 The fair devoted a considerable amount of space to the Houston Artists Hall of Fame, an exhibit of artists chosen by Patricia Covo Johnson. The idea is that there will be new artists added each year. In a way, it might have been a bad idea for HFAF to host this because it showed how weak most of the exhibitors were in comparison. It was nice that Johnson included an art car (one of the very first art cars, in fact) , recognizing the importance of this oddball vernacular art form to Houston. 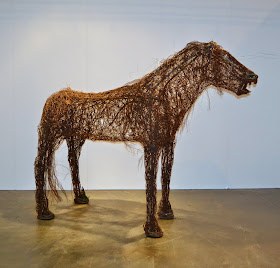 Jesse Lott, Ascension of the Fire God, ca. 1974, wire and other found materials 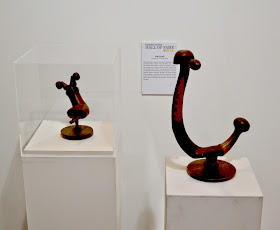 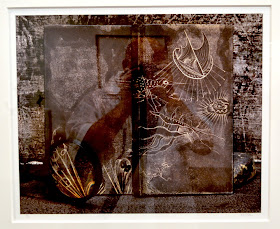 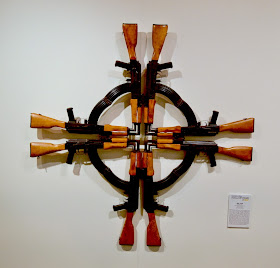 Mel Chin, Cross for the Unforgiven, n.d., AK47s and steel 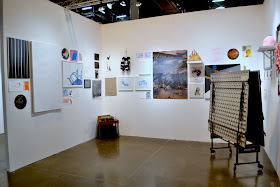 As they did last year, HFAF comped Alabama Song a booth. Work was hung salon-style and was for sale at all different price points (good idea!). They also had some participatory art happening. Rocky Wang played ping pong with all challengers. 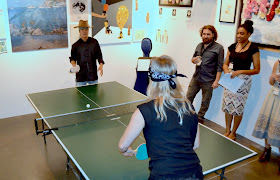 Rocky Wang taking all comers with a shoe

Despite the fact that he handicapped himself by playing with his shoe instead of a paddle, Wang eviscerated every challenger. 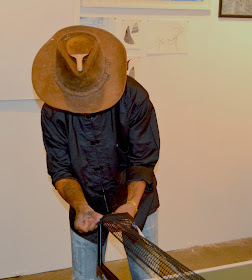 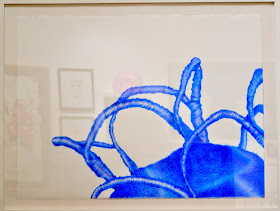 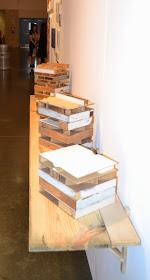 Miguel Amat will be having a show at the Blaffer Gallery later this fall--I'm looking forward to it and so should you.

Fotofest also had a booth which featured an intriguing selection of Arab photographers. 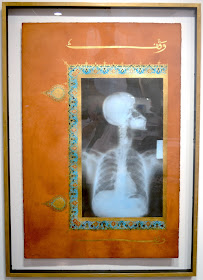 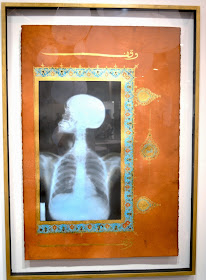 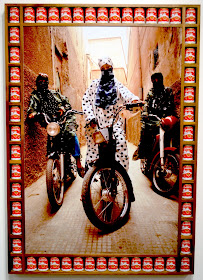 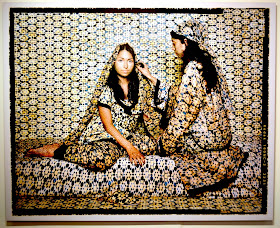 So it wasn't all bad. But HFAF still has to improve a lot, and their trajectory over the past couple of years has not been in the right direction.