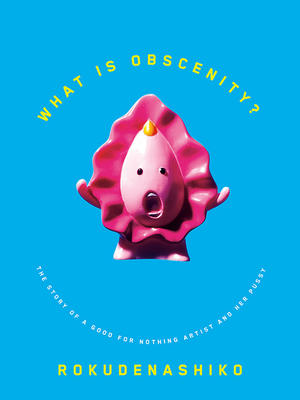 As I mentioned last post, Rokudenashiko was to be judged shortly on whether or not she had distributed obscene materials by distributing electronic three-dimensional files of her genitalia to supporters of her crowd-sourcing campaign. According to The Tokyo Reporter, she has been found guilty and fined ¥400,000 (about $3700).


Presiding judge Mihoko Tanabe fined Megumi Igarashi 400,000 yen for mailing links for the download of 3D-image data of her genitals to donors of an art project.

Tokyo Metropolitan Police first arrested Igarashi, 44, in July of 2014 for the distribution of the data. She was arrested again in December of that year for displaying a plaster cast of her vagina in an exhibition at an adult shop in Bunkyo Ward between October of 2013 and July of the following year.

The prosecution had claimed during the trial that Igarashi’s works too closely represent genitalia to be considered art, according to the Asahi Shimbun (May 9). “The shape is such that it is clearly female genitalia,” the prosecution said. “It can not be said that there is a higher artistic quality that lessens its obscene nature."

Igarashi, who goes by the pseudonym Rokudenashiko (or Good For Nothing Girl), maintained that she made the works to remove the image of female genitalia being obscene. “These are art works,” the defense said. “They are not obscene.”

The court ruled in favor of Igarashi in the exhibition of the plaster casts. ["Tokyo court fines ‘vagina artist’ ¥400,000 in trial over ‘obscene’ art", The Tokyo Reporter, May 9, 2015]

This is a disappointing result, of course. I doubt she'll have trouble paying the fine (she has lots of supporters to step up and help her if she needs it), but now she is an official criminal. Presumably she can't really risk distributing any more pussy art. The article ends with a little bit of gossipy news--that  Rokudenashiko is now engaged to Mike Scott, the leader of the Celtic rock band The Waterboys. Scott composed a song in her honor, which you can hear below.