Once Upon a Time at Lawndale

Last night, I went to hear James Surls speak at Lawndale. Surls was the founder of the institution 30 years ago. Lots of former students and cronies were present, as well as art lovers of all stripes (I saw the director of CAMH there). It was a standing-room only crowd. 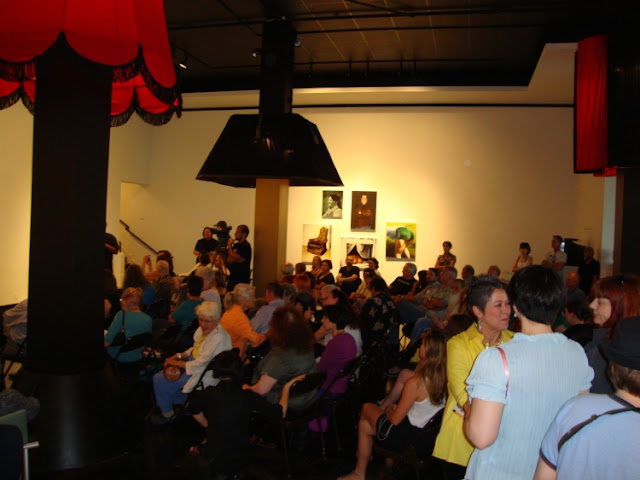 Surls is almost 70, but he has the vitality of a much younger man. He speaks and looks like someone decades younger. Just imagine, then, what a dynamo he must have been when Lawndale started.

He's a modest person. He claims it was the right time and right place for Lawndale, and that he was just along for the ride. He refers to the founding of P.S. 1 in New York in 1971, and similar institutions in L.A., and says it was inevitable that something like that would pop up in the middle of the country somewhere. Probably so.

He had been teaching at SMU, and he proposed that they just buy a warehouse for that purpose. He knew they'd say no. So he comes to Houston, an art professor, no particular ambitions to try to get the university to buy a warehouse because, after all, he knew they'd say no--when the art department's building caught fire. It was uninhabitable. Fortunately, UH had another space. Schlumberger had given UH an old building out on Lawndale. The admin at UH was very apologetic about putting him and his students in this industrial tenement in the middle of a slum. Surls was all, "Please don't trow me in dat briar patch, boss!"

Of course it turned out to be perfect. Huge exhibition and performance spaces, studio space for many, many students (and random fringies). Surls described it as "indestructible." 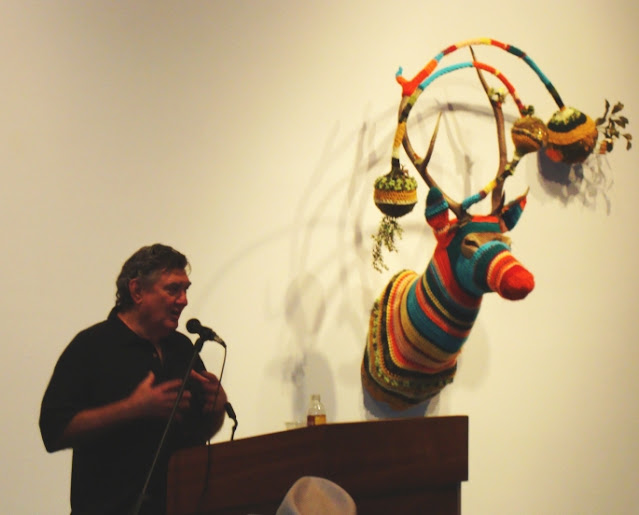 And it was needed really badly at that moment. The major art institutions in the city had no interest in showing local art. (This was before Peter Marzio came to MFAH.) And, as Surls put it, the big boys in the performing and visual arts in Houston were deathly afraid of failure. They were afraid of putting on a show that left critics (or donors) asking, "What the fuck were you thinking." Surls saw Lawndale as a place where one could fail and it wouldn't matter. (Because Lawndale was indestructible--both physically, and as a no-budget experimental art space, conceptually as well.)

He told lots of great stories. Here's one--about Black Flag playing at Lawndale. He was used to getting in avant jazz bands like The Art Ensemble of Chicago or Sun Ra, but he had no idea what to expect from Black Flag. The show was what you would expect, with punks throwing beer bottles against the walls and HPD coming out in force to shut it all down. The next morning, he gets a call from the head of the art department panicking. The papers had reported a riot at Lawndale. A group of administrators from the University was on its way.

They had a rule--not always followed, but most of the time it was--clean up after a show right away. And they had done so. Remember, Lawndale was indestructible. Some sweeping and mopping and scrubbing were all it needed.

That morning, the big hall was being used by a local girl scout troop to award merit badges. So a bunch of little Hispanic girls in their nicest clothes and patent-leather shoes, their proud moms and dads also all dressed up (lots of ostrich-skin cowboy boots). This is happening when the posse from UH shows up. And they sat a while watching. Then they left. No chewing out, no riot act.

Surls did his own artwork there at Lawndale, too. He said this was considered a no-no, for a professor to be doing his work in view of the students. But he felt that students creating their pieces alongside older and more accomplished artists would have a salutory effect. Perhaps. Perhaps that's so when the artist has Surls' generosity of spirit.

Stuff in Houston started changing after Lawndale. Surls says Lawndale was a catalyst, but again credits the times and the flow of events. Diverse Works, a kind of more sophisticated, professional Lawndale, started five years after Lawndale. The Glassell School's Core artist-in-residency program began in 1982--and that was a way for MFAH to do something similar to what Lawndale was doing. "Fresh Paint,"" the MFAH's first big show of Houston artists, happened in 1985. Now we have things like Project Row Houses, Box 13, etc.

Surls doesn't exactly seem to approve of what Lawndale has become, but he is far too gracious to say it. His only verbalized complaint is that Lawndale is not longer the Lawndale Art & Performance Center. He saw performance as a key element. For a relatively traditional artist (a guy who carves wood with a hatchet to make sculptures), Surls is way into performance art, into conceptualism, etc. He namechecks Chris Burden and the Art Guys (not to mention Sun Tzu and Peter Drucker).

It was a really interesting and inspiring talk. 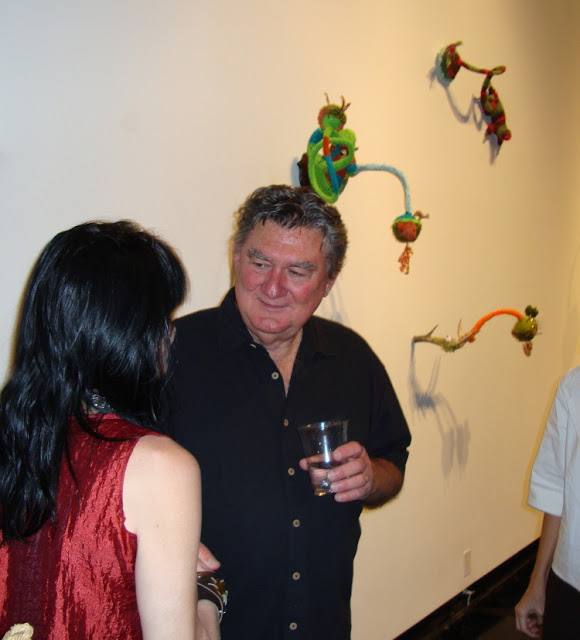