A Brief Note on Claire Ankenman 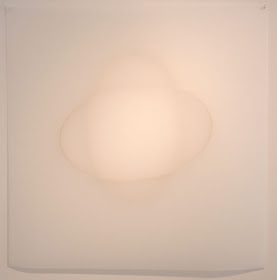 These photos are taken from the Moody Gallery website, where Ankenman has a show up. I tried taking some of my own, and they are just as inadequate as these at showing what you are actually seeing when you look at one of Ankenman's pieces. They are made of layers, some of which seem to be plastic or vellum sheets with holes in them. I think there is pencil involved, but it is hard to tell. These artworks seem to dematerialize before your eyes. I would say Ankenman is following in the footsteps of Robert Irwin and James Turrell. 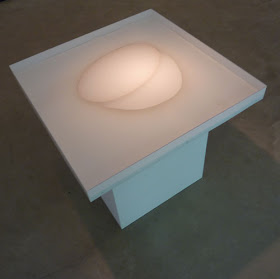 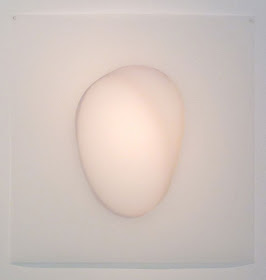 I liked seeing these pieces. I saw them opening night, in a crowded party atmosphere--and that was all wrong. I had to come back. You need quiet contemplation to appreciate them. They barely exist as it is--any distraction will make them disappear completely.
Robert Boyd at 9:10 AM
Share