A few days ago, I described the best art in Houston since Fresh Paint as having been conceptual, performance-based and community-oriented. I described some of it as "social sculpture," and used Rick Lowe's Project Row Houses and Jim Pirtle's Notsuoh as examples. I could have easily added Bill Davenport's Optical Project/Bill's Junk. On Saturday, there was an event that fits right into this broad category. 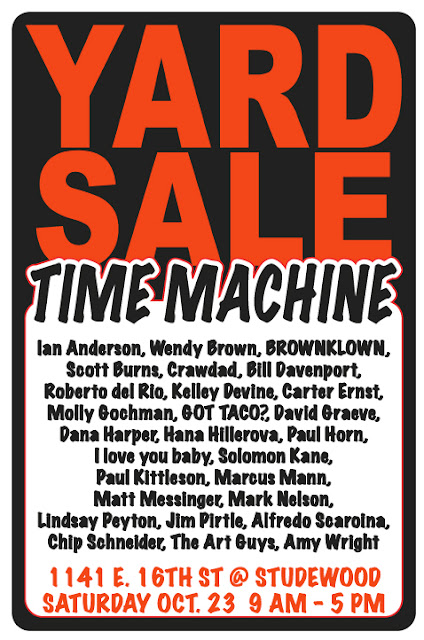 This event only made sense if people came and interacted. Every participant was an artist. When one showed up, it appeared to be much like a multi-family garage sale--an especially disorganized one. Some people were selling actual artworks. Bill Davenport had located Bill's Junk there for the day.

I don't know who does these big printed globes. I remember seeing them in Discovery Park a while back. I like them. They look good hanging from neighborhood trees. Update: They are by David Graeve. 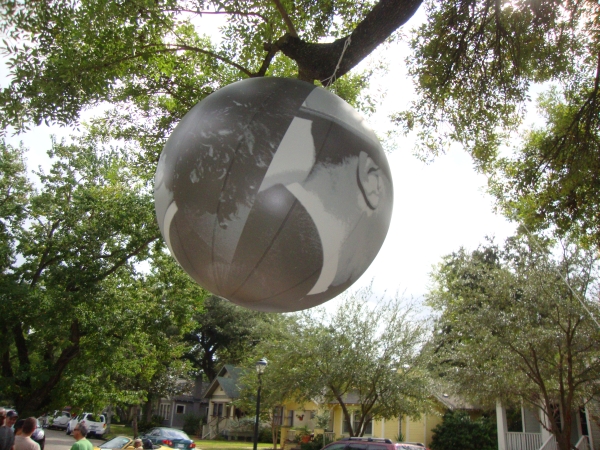 Likewise I like these lawn signs. It takes a quotidian piece of visual pollution and turns it into art. Nasty art, but art nonetheless. I had no idea who the author of this was until I called the number on the sign and got the Art Guys' answering machine. 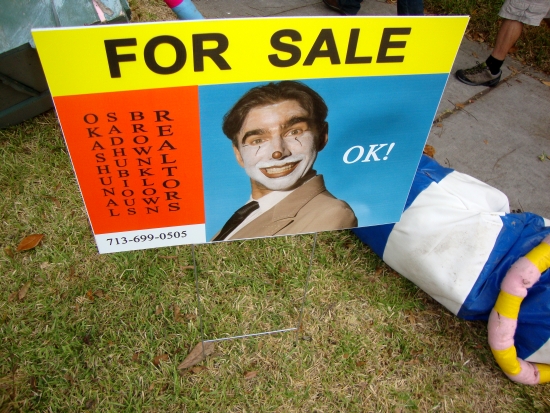 The Art Guys also had a table there where they were roping suckers folks into their latest scheme. 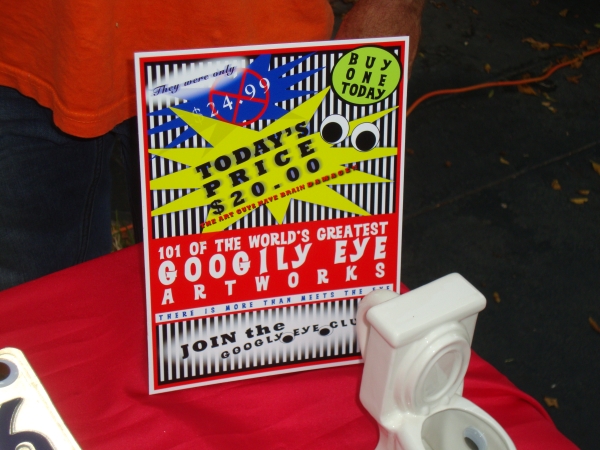 They were selling a table full of ordinary (and odd) objects, each with a pair of googly eyes glued on. They were selliing for $20 each. When you bought one, you got initiated into the Googly Eye Club. 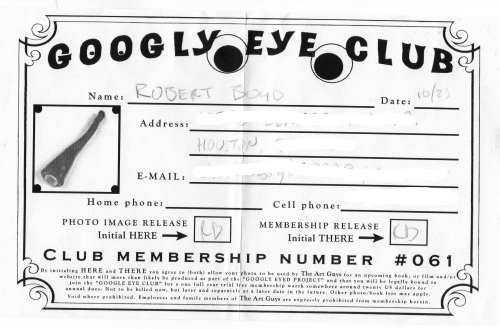 Your club membership corresponded with the number of the object you bought. Mine was #061, as you can see. By joining, I give them permission to use my picture (they took pictures of every new member). 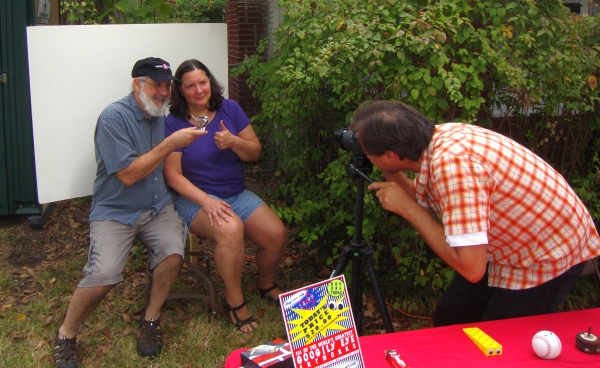 Apparently this makes me part of the "GOOGLY EYE PROJECT," which may include a book, film, and/or website--and who knows what else? What have I signed on for here? I can't wait to find out.

So what was my googly-eyed object? A strange tapering piece of wood, painted red. It looks a little like a work with an eye at each end. Here is a picture of it, posed in front of another, completely unrelated piece of googly-eye art, Diseased Writer by Lane Hagood. 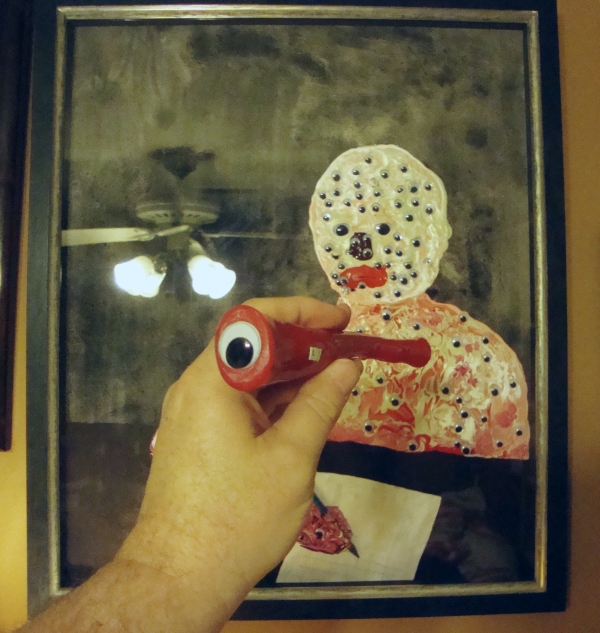