Havel & Ruck in the Fifth Ward 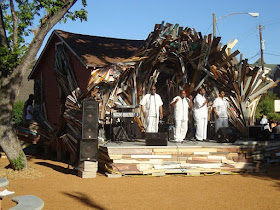 Sunday, I went to see the official opening of Fifth Ward Jam, a new sculpture by Dan Havel and Dean Ruck. It was a weird crowd--local folks from the neighborhood and lots of lily-white culture vultures who probably don't find themselves in the Fifth Ward too often. 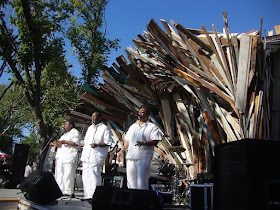 They had a variety of musical acts, including gospel act Endurance and  Jabo, Texas' Prince of Zydeco. Between these two acts, the Houston Arts Alliance's Pat Jasper spoke about the project. She said the project was to be at this spot (3705 Lyons) for two years (I think--I wasn't taking notes). She implied that it would be there for the residents of the Fifth Ward, but didn't explain who would be managing it or programming it. I remember when Discovery Park was opened that there was a worry that it would just become a hangout for bums, the way James Bute Park is (both parks are very near a variety of homeless services). Apparently that was a worry for the park administrators as well, so the nipped that in the bud by making sure the park was heavily programmed--there is stuff happening all the time. This apparently prevents it from being a hangout. Given this, my question is whether something similar is planned for Fifth Ward Jam. Without close administration and lots of programming, I would worry that gang-members would end up using it as a hang out. (But what do I know?) 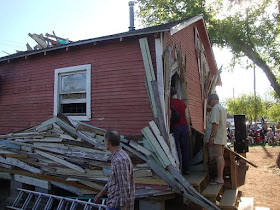 When this was first reported on Swamplot, it got a bit of negative response because public money was used. There's always a libertarian contingent that is opposed to publicly financed art no matter what, and likewise there are people who just don't get things like this.  (That said, Havel and Ruck are probably the Swamplot community's favorite artists because their art is all about real estate!) 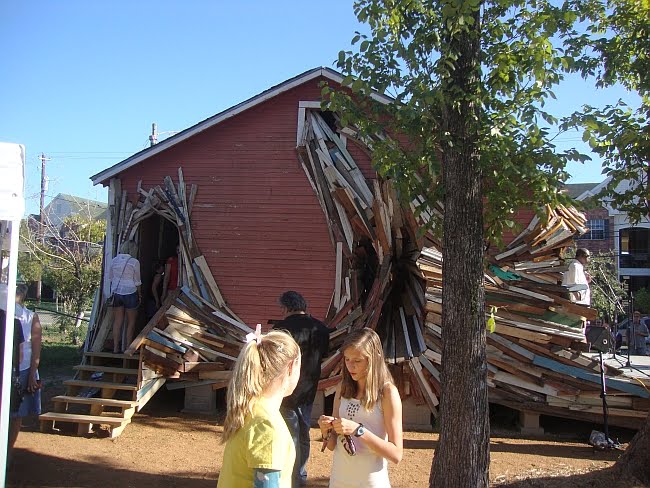 My problem with it is that it is temporary. I guess it would have to be a lot more structurally sound to become a permanent structure (although it sure seemed rugged to me). 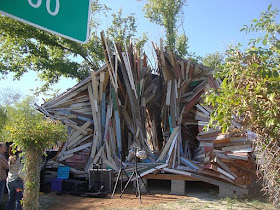 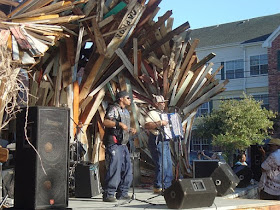