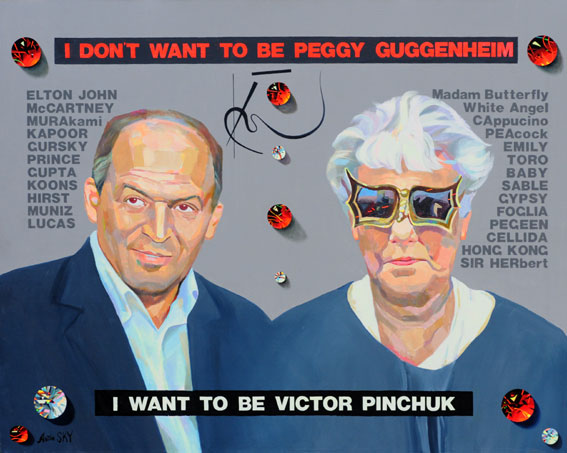 We've been seeing people jump ship from writing about art and from writing about the art market. Recent auction results seem so absurd that for some, withdrawing in disgust is the only option. It may be an overstatement to say, as Felix Salmon did, that "the courtiers are revolting." But there is a sense that the courtiers are realizing that they are, in fact, courtiers and that's making them uncomfortable. It's one thing to serve art, but serving the global plutocratic elite feels a bit distasteful. Responding to a Charlie Finch piece predicting an imminent art market crash, Salmon wrote the following:


No, Charlie, the art market oligopoly system isn’t going anywhere: if anything, it’s more entrenched than ever. But the people without millions of dollars, the people who try to talk about art but find all conversations ultimately being about money — those people are, finally, getting fed up.

There’s long been a disconnect between critical acclaim and high prices, but so long as the art market pumped money into the broader art ecosystem, no one really minded that. Rather, what seems to have changed is that art — art itself, divorced from commerce — has been drowned in the flood of money. Even the most highbrow museums, these days, only devote major shows to artists who have proved themselves winners in the great game of selling to plutocrats. [...] Or to put it another way, the art market has stopped being a source of fascination and crazy numbers, and has started to be a source of sheer disgust.

The world of high-end art collectors, by contrast, has reached a level of obscenity that the art world more generally can no longer ignore. It’s been clear to the more politically-minded for a while, but now we’re seeing the mainstreaming of attitudes which used to be found only on the far left. Enough of living in a world where an artwork without resale value is worthless. Enough of feeling jealous when some idiot starts selling for ridiculous sums. Enough of a world where the levels of inequality make Nigeria seem positively egalitarian. Yes, artists need to make money, and yes, big collectors shower ridiculous sums onto the art world. But that money isn’t trickling down, and it certainly isn’t respectable.[Felix Salmon, Occupy Art, November 19]

The thing is, this state of affairs is the inevitable result of the increased income inequality in the world. This increased inequality is two phenomena. First, the growing wealth of the third world and former communist countries, which, depending on the country, has benefited a large number of people while uplifting the ultra-rich the most (one might think of such heterogeneous countries as Turkey, Brazil and China) and some where small groups of oligarchs have ended up with almost all the spoils (Russia, Ukraine). Second, the huge growth of inequality within the U.S., where often brilliant persons with huge appetites for risk have pulled far ahead of the rest of us, usually as members of a new rentier class in the now deregulated financial industry. (See Plutocrats: The Rise of the New Global Super-Rich and the Fall of Everyone Else for a depressingly detailed account.) Now while such persons could live modestly without a care as to what their fellow plutocrats think of them, we know historically this isn't what happens. Thorstein Veblen had witnessed it in his own time, the Gilded Age, and expensive art is just one more Veblen good (along with Maybach sports cars, Citation jets, and professional sports teams).

That Occupy criticizes this world is unremarkable. But when Sarah Thornton and Felix Salmon cease to find it all amusing, it's serious. The true courtiers can't allow that to go unanswered. With tongue in cheek (I assume), Kenny Schachter wrote, "I suggest all whiners (its practically it’s own movement by now) move to north korea and open an art cooperative. Imagine how long that would last before they either all killed themselves or started auctioning to Kim Jong-il." Marion Maneker accused Sarah Thornton of "histrionics."

What puts the brakes on plutocratic excess is progressive regulation and taxes. That was what happened with the Gilded Age and after the Roaring 20s. It will, I hope, happen again--here, in China, in Russia, etc. It's not easy--the plutocrat class finds it very easy to buy politicians and even public opinion. (Suggest that people who earn millions in dividends pay the same tax rate as a single person earning $70,000, and certain news organizations will call you a "socialist" who advocates "class war.") On the art front, we may be seeing a law that forces the names of consigners and buyers at auction to be made public, which would make some of the more common market manipulations in the art market more difficult. I wouldn't mind seeing a tax on auctions similar to the hotel occupancy taxes that most cities have--particularly if such taxes go to fund non-profits (for instance, the most of the Houston Art Alliance's income is from the City of Houston's hotel occupancy tax). Obviously increased droit moral laws would do some good. I would like to see more organized artist efforts at lobbying for these kinds of reforms.

But if you really want change this plutocratic art culture, reregulate the financial industry (starting with treating "carried interest" as ordinary income instead of as a capital gain), raise taxes on very high incomes, and fight to bring the rule of law to the very rich in countries like China and Russia. These are the things that will reign in the insanity of the ultra-high-end art market.