This amazing video was posted by the "Queenstown Police," a Facebook page where videos and still images of crimes are posted. They write, "This isn't to report crimes! Its to help catch baddies with photos and videos." This woman went into the Lakes District Museum & Gallery (in Arrowtown, New Zealand) and casually stole a piece of art off the wall. Given the sharpness of the video, I suspect she will be caught pretty quickly. (Hat tip to Matthew Couper.)


The Diary of a Teenage Girl - Teaser from Marielle Heller on Vimeo.

According to smart people on Facebook, this teaser is from a movie that has not yet been made. Marielle Heller adapted and starred in a stage version of the harrowing Phoebe Gloeckner graphic novel, Diary of a Teenage Girl, and this film clip is apparently something worked up to raise money for a film version.  She has a diary of work-shopping the film at Sundance. The original graphic novel is one of the most intense comics I've ever read--I can't think of any other that has made me feel so uncomfortable. It was interesting to see in this clip that there is an animated element in it--that recalls the excellent film version of Harvey Pekar's American Splendor. 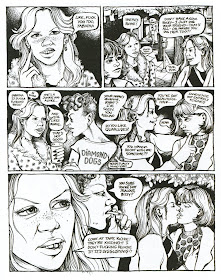 from Diary of a Teenage Girl by Phoebe Gloeckner 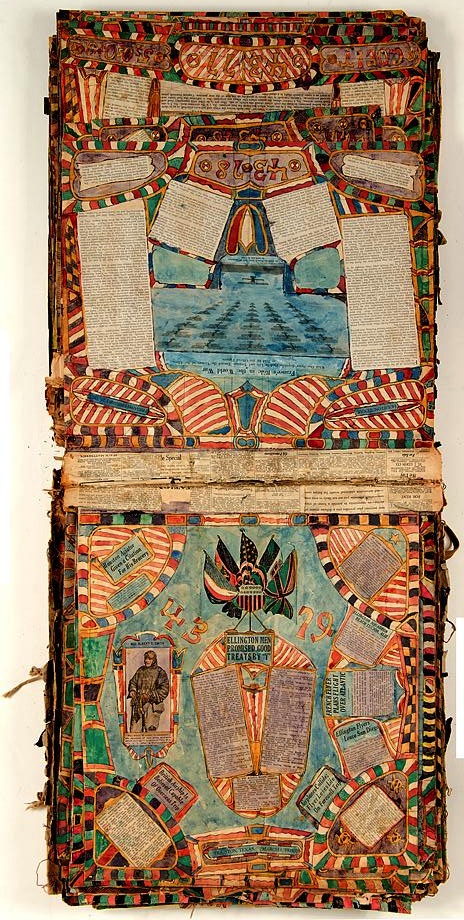 Charles Dellschau (1830-1923) was part of the wave of German immigration to Texas in the 1800s (why we have so many towns with names like New Braunfels and Fredericksburg). He arrived in 1853 and worked as a butcher his entire life, retiring in 1899. After his retirement, he started compiling 12 large notebooks that chronicled the adventures and inventions of the Sonora Aero Club, a secret society of Californian inventors who discovered a kind of powered flight decades before the Wright Brothers. The notebooks are outstanding pieces of outsider art. They were discovered by Mary Jane Victor in a junk shop in 1969. She was an art student at St. Thomas, and when she showed them to Dominique De Menil, Menil bought them. A local artist, Pete Navarro, bought the rest of them and sold them to various museums. You might have seen a few of these in the exhibit Seeing Stars: Visionary Drawing from the Collection at the Menil. Slate just ran a nice article about the Dellschau, and it turns out that there is a big fat Charles Dellschau book coming out in about a month. (Naturally, I pre-ordered it!) ["Steampunk Before Steampunk Existed: Charles Dellschau's Fantastic Airships" by Rebecca Onion, March 18, 2013, Slate]

The UNIT Store, Houston's own online shop for inexpensive art (yes, you can afford art) has been making videos lately, including this one (above) of Sketch Klubb member Sebastian Forray. 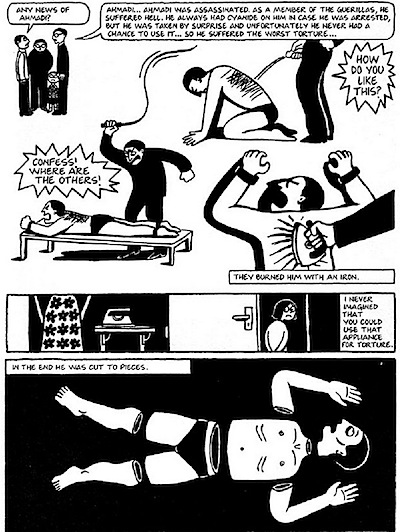 Is this too graphic for seventh grade eyeballs?

How do you get middle school students to read a book? Ban it. That's what Chicago Public Schools  clumsily did with The Complete Persepolis, the great graphic novel by Marjane Satrapi about growing up in Iran before, during and after the Islamic revolution. Schools in the CPS received instructions to remove the book from their libraries by the end of the day on March 15. That was later superceded by an instruction not to remove the book, but not to teach it because "it contains graphic language and images that are not appropriate for general use in the seventh grade curriculum."What specifically bugged them were images of torture experienced by prisoners of the Shah's regime. But this lead to protests by students and loads of bad publicity (and backtracking) for the Chicago Public Schools. Satrapi expressed indignation, but her publisher must be smiling. ["CPS tells schools to disregard order to pull graphic novel" by Noreen Ahmed-Ullah and Lolly Bowean, The Chicago Tribune, March 15, 2013]