Pan Recommends for the week of March 7 to March 13

Here are just a few of the art events this weekend happening in Houston and Galveston. 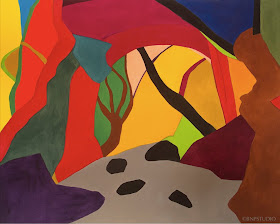 Bas Poulos: The Arcadia Vista Landscapes at Meredith Long Gallery, 5 pm. I saw these in Poulos' studio when he was still working on them, and am looking forward to seeing the completed series. Based on certain Greek landscapes, former Rice University painting professor Poulos simplifies and abstracts them in these intensely colored paintings. 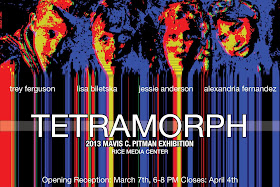 Tetramorph: The Mavis C. Pitman Award Exhibition at the Rice Media Center, 6–8 pm, featuring work by Trey Ferguson, Lisa Bileska, Jessie Anderson, and Alexandria Fernandez. I know nothing about this except that these are Rice student artists, and I was one of those once. I bet they are less clueless than was. (Thursday is the night for Rice artists, it seems.) 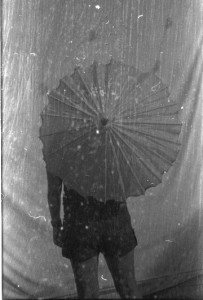 Kodachronology featuring work by Shannon Duncan, Donna Fernandez, and Tere Garcia at the Caroline Collective, 7-10 PM [show runs through April 19th]. Even though Kodachrome film was officially discontinued in 2009, these photographers still had some of the color film that "give[s] us those nice bright colors" and "the greens of summer," according to Paul Simon. They developed the film in black and white chemicals, and this show is the result of that experiment. 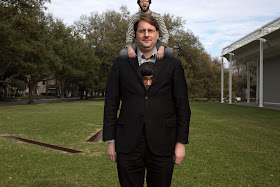 Chris Akin, Sebastian Foray and Cody Ledvina (not to scale) 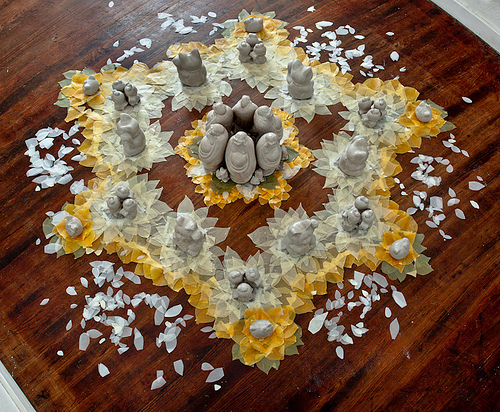 The Bridge Club; Christa Mares, Marianne McGrath, Teruko Nimura; and Jared Wesley Singer at Box 13, 5 pm. The Bridge Club performs (5 to 8 pm) and other artists have work on display in conjunction with the NCECA conference later this month. The Bridge Club's hypnotic performances are always worth checking out.