An art gallery is a hard business to make a success of. I suspect starting an art gallery is no less risky than a restaurant. In Houston, there are galleries that have been around for a long, long time--Moody Gallery (38 years in business), Hooks-Epstein (44 years) and Texas Gallery (43 years) for example. But they're the exceptions. In the past few months we've seen De Santos Gallery and Goldesberry Gallery close, not to mention the Joanna, which wasn't really a commercial gallery and in any case is really just evolving.  Starting in September, the successor to the Joanna, Brandon opens in the space currently occupied (for a few more days) by Domy. And the space at 4411 Montrose that had been occupied by Joan Wich Gallery is finally being taken by The Mission, a Chicago Gallery specializing in Latin American art. It will open in October. And there are rumors of at least one other well-known local gallery closing. Opening and closing--it's what galleries do in Houston. 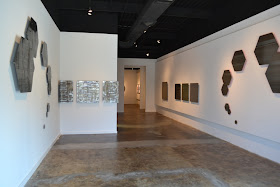 Three new galleries got started in the past few months, so with two recent closures, that puts us ahead. Nicole Longnecker Gallery has taken the space vacated by Goldesberry Gallery. They've had one show so far featuring work by Devon Christopher Moore. The work was handsome but a bit sterile. It felt like corporate decoration. 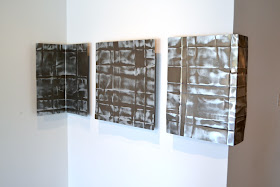 However, it is too early to make any sort of judgment about the gallery. Their next show, Interpretive Voices featuring work by Jessica Dupuis, Megan Harrison, Erin Stafford and Jade Cooper, seems much less likely to end up gracing the boardroom of some large corporation than the Moore pieces. I'll have to see a few shows before I can really size up this gallery. In any case, I like what they did with the old Goldesberry space. The new gallery is spare and open and will be a very flexible space for whatever art they choose to display. And their location on gallery row on Colquitt guarantees ample foot-traffic. 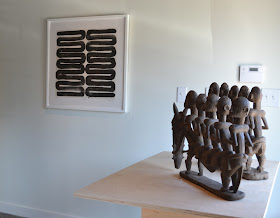 Establishing an identity is no problem for Gallery Jatad. The gallery shows a unique combination of both traditional African art and contemporary art, as can be seen in the photo above. The current show contains both African equestrian art and a group of contemporary pieces by gallery artists. The director of the gallery is Matthew Scheiner, who is married to Lisa Qualls, who is an artist I have written about before. 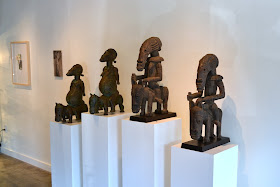 It remains to be seen if this bifurcated approach will work, but it appeals to me. It says you, the collector, don't have to like just one kind of art. The challenge for Gallery Jatad, it seems to me, is accessing the deep-pocketed collectors of traditional African art. The work they have on display isn't cheap decorative stuff made for tourists--these pieces are ritual, spiritual or utilitarian, and often quite old. And while you can get some of the smaller pieces for less than $1000 (nice for a collector just starting out in this field), the prices get big quickly, going up to $125,000 for the magnificent Olowe of Ise door. 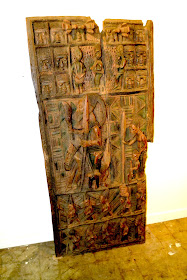 The other challenge is the location on Blodgett Street. This is in the museum district and quite close to a bunch of art institutions, but still, Blodgett Street is not Montrose or Main Street. Furthermore, they don't have a gallery next door to them the way the Colquitt St., 4411 Montrose and Isabella Courts galleries do. So they don't get the benefit of the "cluster effect." 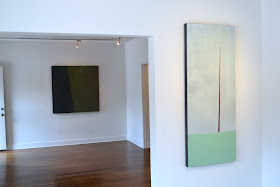 BLUEorange Gallery started in November of last year, and I have to admit I didn't even hear about it until April. Whether this is attributable to my own obliviousness or a lack of promotion by the gallery, I can't say. In any case, brother and sister gallerists Jacob and Megan Spacek have slowly built up awareness for the gallery with increasingly high profile shows, such all the Houston stop for Fahamu Pecou's All That Glitters Ain't Goals. 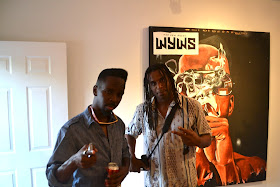 Next up for BLUEorange is the Salon des Refusés, a show of the art not selected for the Big Show. They have already gotten some buzz for this. Whether this translates to repeat visitors will be determined. BLUEorange shares a weakness with Gallery Jatad--they aren't located next to any other galleries (it's on West Gray between Waugh and Montrose). In order for a gallery like that to succeed, it has to have one of two things--a rolodex full of collectors to call (not likely for a pair of recent art school grads like the Spaceks) or big events that draw the art public away from their old beaten paths. 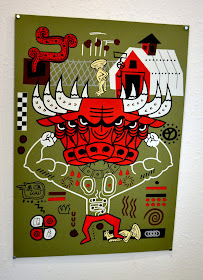 Still, with exciting work by artists like Pecou and Michael Menchaca, I'm rooting for them to succeed. And if I'm around 44 years from now, I'll be interested to see if BLUEorange, Gallery Jatad or Nicole Longnecker Gallery have beaten the odds like Hooks-Epstein. If they do, expect a follow-up post! 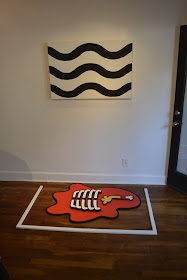 Michael Menchaca, SWEVEN (detail), acrylic on foam board and acrylic on canvas installation