What posts got lots of page views this past year? Dirty ones. It makes me want to put "NSFW" in all my post titles. To be honest, it's a little depressing. I want great posts like "Continuum's Live Art Series - Night 4 (NSFW)" to be popular because they're good, not because they have photos of peen in them. But it is what it is. Here are the 10 most popular posts of 2013 based on page views.

1) Go Get the Butter (NSFW). This was a review of Staring at the Wall: The Art of Boredom curated by Katia Zavistovski at Lawndale. What made it NSFW (and presumably popular) were the penis-based artworks by Clayton Porter. 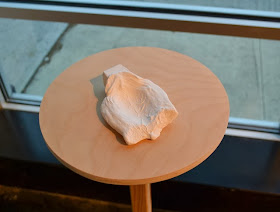 2) Continuum's Live Art Series - Night 4 (NSFW). Dean Liscum's performance art posts have been some of the most popular, partly because he is a witty and sensitive writer and partly because people seem to love naked performance artists. This one had an edge over all the others. If you go to Google Images and enter the search term "ball sack", the second image you see is Jonatan Lopez nude painting his dick blue. Click the photo, and you come to this post. 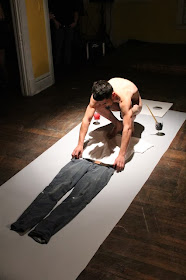 3) A NSFW Pan Art Fair--Dallas Memoir. So the NSFW-nature of the popular posts is starting to wear me down. In this case, it was a post about holding a one-day micro-art fair in Dallas. The NSFW part was a photo of legendary stripper Candy Barr topless (it was related to a vinyl 45 by Michael A. Morris of his granddad reading Barr's poem, "A Gentle Mind Confused"). The post was fun, and gave me a chance to reflect on two parts of Dallas--the uptight establishment part and the outlaw part--and the post got a lot of readers from Dallas. As well as a lot of readers who like boobs. 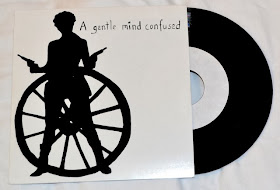 4) POLL: Where Do You Houston Artists Live?. This is just what the title implies. I think this was popular for two reasons--people love polls, and Swamplot linked to it.

5) "I Am" Is a Vain Thought: Thomas McEvilley 1939-2013. Houston lost Bert Long, Lee Littlefield, Cleveland Turner and others this year. I'll miss Thomas McEvilley the most. This post was my attempt to summarize his thinking about art as reflected in six of the books he wrote. 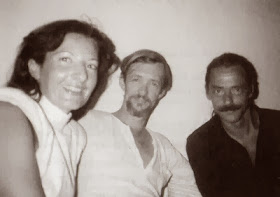 6) An Open Letter to Homeowners in the Memorial Villages. This post wasn't a piece of criticism--it was just an excuse to run some photos of sculpture by Meredith Jack. But somehow Swamplot picked it up and therefore it got a lot of page views. 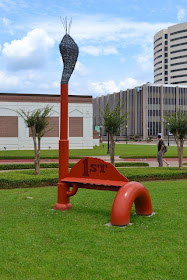 A Meredith Jack sculpture on the lawn at AMSET

7) Big Five Oh, part 2: Frieze. My nephew Ford and I share a birthday. In 2013,  he turned 21 and I turned 50, so I decided to give him (and myself) a birthday gift of a trip to New York, where we saw a bunch of art fairs. We saw the fairs with a couple of my friends, identified by the pseudonyms LM and DC. I wrote several posts about the trip, including this lengthy post about Frieze. 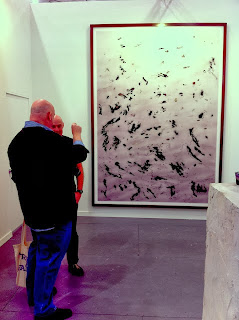 LM and I discuss Gursky (photo by DC) 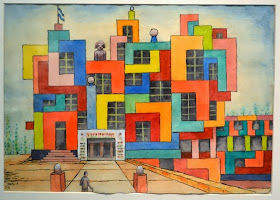 9) Picasso Black and White. What can I say? Picasso is always popular. 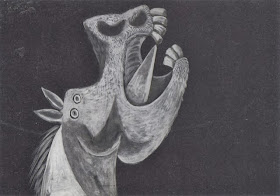 10) Where the Artists Are. This post was where I crunched the numbers from the respondents to the poll in the fourth most popular post above. Not only did it get a lot of pageviews, it also generated a healthy dialogue in the comments section, which I always love. The surprise in these results were the unexpected popularity of Glenbrook Valley, Eastwood and Greenspoint for artists. 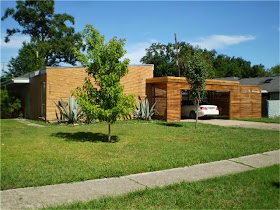