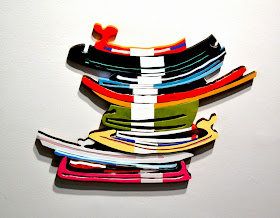 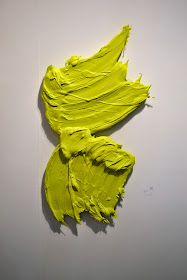 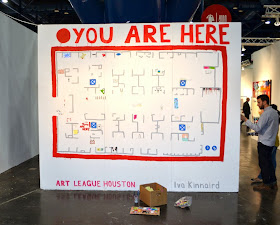 Iva Kinnaird, You Are Here

I liked Iva Kinnaird's charmingly naive floor map. Although the fair was so small this year and so rationally laid out that it hardly seemed necessary. 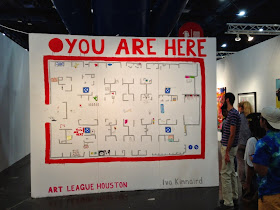 Iva Kinnaird, You Are Here

I think the idea was that over the course of the art fair, Kinnaird was to paint in notable artworks from various booths, but by Saturday she had only done a few. 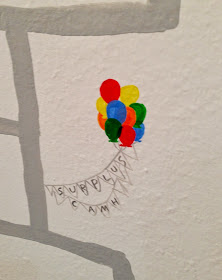 Iva Kinnaird, You Are Here (detail)

Like this little detail of a Debra Barrera piece at the CAMH booth. 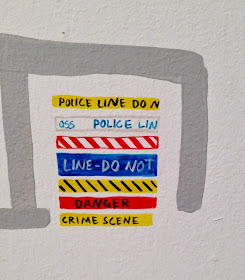 Iva Kinnaird, You Are Here (detail)

And this very accurate but tiny rendition of Ryan Humphrey's Tapes at the Public Trust. 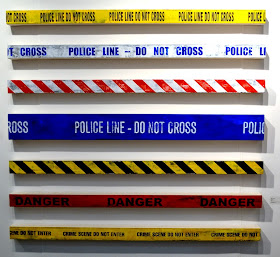 At the last Diverse Works fundraiser, I got a tiny, unusual watercolor by Ryan Humphrey. The pieces he had at Dallas's The Public Trust we more typical of his work that I had seen elsewhere. 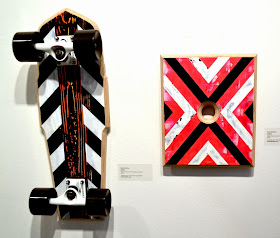 I spoke a bit with Public Trust gallerist Brian Gibb. He complained about his location in Dallas's Deep Ellum neighborhood. I countered that Deep Ellum seemed like a good location, what with Barry Whistler Gallery and Kirk Hopper Fine Art Right there (I didn't even mention the Deep Ellum Windows). He proceeded to dish gently on those two rivals (as gallerists are wont to do), but his main complaint was that he thought his gallery would be more visible in the Design District (where Holly Johnson, Conduit, the Goss Michael Foundation and Dallas Contemporary are). And he may be right--in my several visits to Dallas, I've never seen the Public Trust! And I regret that now, because it was one of my favorite booths at the fair. 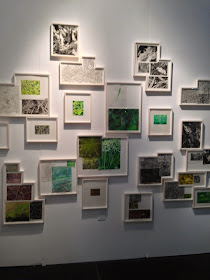 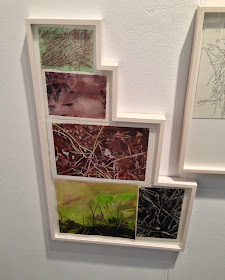 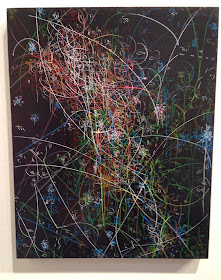 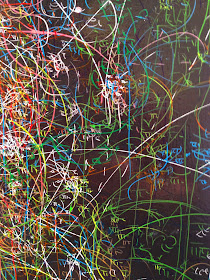 Kysa Johnson makes art for the physicist in your life. I loved these particle-decay paintings. 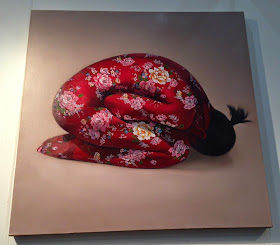 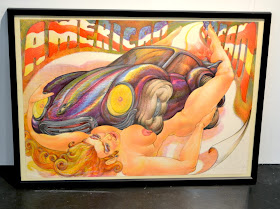 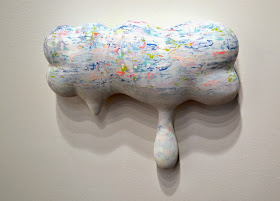 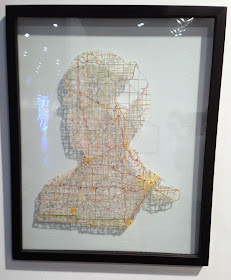 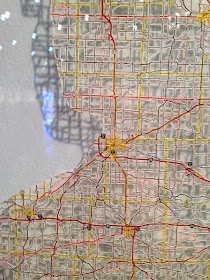 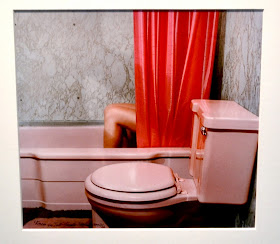 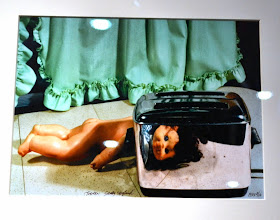 
That's enough for this post, but keep on reading and looking in part 3 (the final chapter).
Robert Boyd at 6:37 AM
Share