This past summer, I had World Cup fever. I barely watch soccer on TV normally, and I haven’t really played in nearly ten years. But I used to play a lot: I played for about sixteen years, starting from about the age of six until I graduated from college. Although I have little interest in watching sports generally, I do enjoy catching Rice soccer games as much as I can (let’s go ladies!!!). At any rate, I thought I would be mostly alone in my World Cup obsession.

My Facebook feed was, to my surprise, blown up. It was aflutter with Team USA chants, concerns about Jozy Altidore’s hamstring, or whether Michael Bradley was going to pick up the pace or not. People cheered on Memo Ochoa’s valiant goalkeeping efforts for Mexico, and floated around funny internet memes for Luis Suarez’s shoulder bite. What was even more surprising, however, was who was participating. Surely, if anyone would be chiming in, it would likely be my former teammates or the slew of people who post incessantly about sports like American football. But it wasn’t them. Instead, they were mostly art people. Fellow artists and writers, curators, dealers, art historians alike seemed completely enamored with the game. Why them? 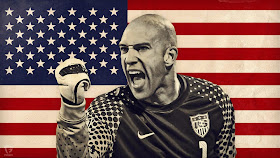 Indeed, there seems to be something hovering in the art world air. LACMA this past summer presented an entire exhibition around the sport entitled Fútbol: The Beautiful Game. Glasstire’s Rainey Knudson recently forwarded a Dave Hickey Facebook post linking art to athletics. Of course there were the grumpy few who posted articles on how Jorge Luis Borges thought soccer fans were idiots—but they did it because they felt the need to respond to a growing fervor instead of ignoring it. And then there are the people residing in the art world who think athletes might as well be aliens from a distant galaxy. Stereotypes dictate that artists and athletes exist on opposite sides of the spectrum. Artists are creative, free-thinking types. Athletes are brutish robots incapable of thought. People like Duncan MacKenzie of Bad at Sports fame wear their un-athleticism as a badge of honor, but what they don’t realize is that to be an artist and an athlete are nearly exactly the same thing.

Based on the recent wave of support from the art world, I suspect I’m preaching to the choir here, but I’ll say it anyway: art is not a creative endeavor. It is an athletic one. If any artist still sits in her studio waiting to be struck with genius inspiration, she is playing an artist, not being one. Artists don’t wait, they practice. And fail. And try again, and so on until they get it right, until their work is resolved. Just like their counterparts, athletes spend hours per day training, failing, trying, not quitting. To be either means one must have an enormous amount of resolve and resiliency, and the courage to constantly face the possibility of rejection. Whether it means getting benched, getting cut from the team, losing the championship game, getting a proposal rejected, losing grant money, not getting accepted into a residency: both sides are filled with victories and losses both large and small. Both must work extremely hard to achieve whatever goals they have set for themselves. It is no coincidence that some of the most successful contemporary artists of our day, like Bruce Nauman and Matthew Barney, were former athletes. 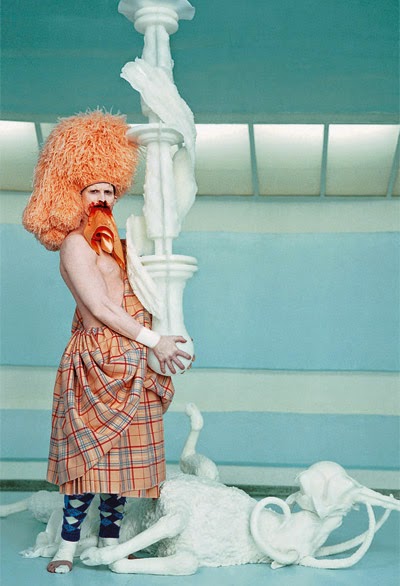 As coaches and players scout opponents and study game tape, artists (should) study art history so they are not making a piece that someone else made forty-five years ago. Like a quarterback or a center mid-fielder, a curator studies space. How does an artwork fit in a given museum or gallery? How does it relate or converse with the other work in the show?

Most of all, both of them strategize. As a soccer team, for instance, stays in formation, they must poke holes in the opponent’s formation by switching the ball across the field, catching the defense off guard. By slotting the ball in behind the defense, or having an outside midfielder take the ball down the flank and cross it in, the forwards then find a way to get it in the back of the net. In short, one team must read the other team’s problems in order to seize an advantage. Artists in turn problematize their own work. By generating and reading the problems inherent in it, they then locate solutions within their own internal logic.

I remember when I first became an artist feeling conflicted and confused. My artist and athlete selves felt at odds: such different friends, totally different conversations, and vastly different thinking. But as I’ve dealt with the reality and hard work of actually being an artist, it’s become obvious that they were always the same, just manifesting themselves in slightly different ways. Given the World Cup’s popularity this past summer, I imagine many of the arts professionals in our community feel the same.