What can I say? I like to keep it super specific. Without further ado, here are my top ten pieces exhibited in Houston in 2015: 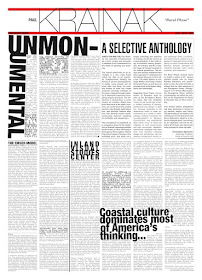 I’m not sure I can officially call this a piece as it functioned more as a handout accompanying this exhibition of hard-lined, geometric paintings. However, it was unexpected, off-the-cuff, yet ambitiously structured, and it was the best part of the show. Thorough and expansive, the hand-out was designed as a newspaper headline, in which Krainak incorporated a disjunctive essay that flowed in and out of making sense, that abstractly yet incisively advocated for and explored the problems of maintaining an art practice in the midwest, and how to locate all of that within the larger aegis of the art historical canon. 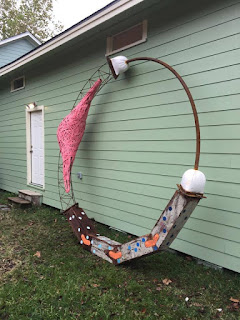 Whether it’s Funnel Tunnel or any number of the other public commissions he’s had, most of us by now are familiar with Patrick Renner’s more participatory work, most of which is usually in wood. But the Renner piece, done in collaboration with Dylan Conner and Alex Larsen, I was most drawn to was large and imposing, yet also felt more quiet, introspective, and fragile than most of his work I’ve seen. It looked like a dominating, much-too-thin hamster wheel, a modest pink bulge throbbing like an infection or the beginnings of a pregnancy. 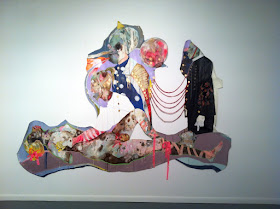 8. Lavar Munroe, The Zoo Keeper (2015), Zoo at the Edge of the World: A Continuum of the Exotic, Art League Houston

We may be in 2015, but Lavar Munroe nevertheless keenly reminds us that we are still confined by our innate desire to castigate someone into the other, and to gravitate and fixate our gaze onto the grotesque. He does this with the tantalizing, gooey cotton candy corpse sadism that is The Zoo Keeper, as we bear witness to a mildewing corpse giving birth to a star-studded baby. 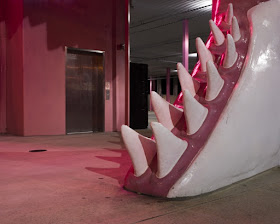 When I ran into this photograph, I felt sick and excited. There’s a certain wonderment in artificially glowing gums, and giant teeth cascading diagonally like a slide. It’s all the more curious situated in an innocuous parking garage. We have no idea if this is stage, or if Ramirez chanced upon it, and the complete lack of context is what makes it brilliant. 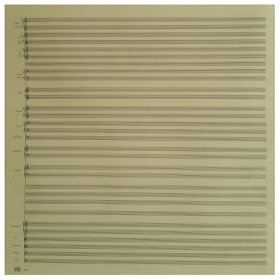 With Parts, Conrad reconstitutes fragments—exactitudes, couplings, and fractures that flit between the external and fleeting, vulnerable acts. The banal material, an everyday usefulness of hands quickly shifts to the possibility of wings; ceramics we make become decimated by scratches. Looking pointedly and blankly into asphalt visually represents the white noise she suggests in her final lines. As Parts insinuates poetry, it also suggests sound: is this music sheet meant to be played, to be written upon? Or do we let the lines cut across in looming silence? 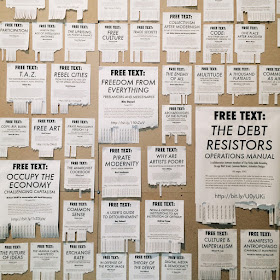 Walking into Syjuco’s installation felt like being a kid in a candy store. There has been a lot of work in the past thirty or so years that is ephemeral and valueless, for us to take home with us. But there was something generative about the possibility of giving us information in the form of essays, by not giving us any answers per se, but rather planting seeds for us to read on our own. My first thought in seeing this piece is that it should exist in the street and not in a museum, but I quickly retracted that thought. There’s something special about being able to walk out of a white cube with a handful of tiny papers and mountains of reading material. 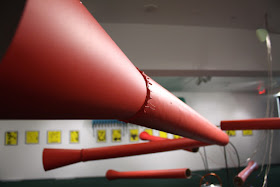 Early Awnings was nauseating. On view during the dead heat of Houston summer, this installation provided little respite, as non-functional awnings were situated in such a way that they could not provide a comfortable respite for the viewer, or felt claustrophobic by entrapping her. The sound, the color, the sculptures, the bland lighting all felt like a droning whirlwind or a courtly video game. When I left Early Awnings, I felt drained and empty. It was incredible. 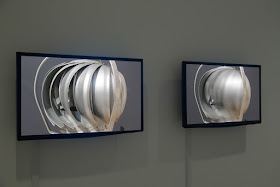 I could not take my eyes off this work, a simple and mesmerizing view of two spinning roof turbine vents. The curved metal in the vents blurred, slowing, cutting lines feeling dangerous. Instrument echoes how I so often feel about Oliver’s work: cosmological references falling into the every day, making the most banal actions feel ethereal, making them feel like they’re on a precipice of falling into chaos. 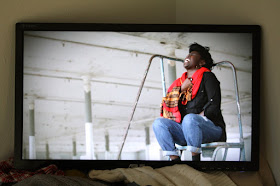 I can’t help but feel like a voyeur in this deeply private, personal work by Autumn Knight. And it’s not because this work is confessional—it’s because there’s so much buried in what she doesn’t say. A full throttle, deep kind of ancestral pain emanates from her body as she sings and moves, and as viewers, we want to partake in her vulnerability.

For some strange reason, it seems important we know this video takes place in a run-of-the-mill apartment in Alief. This completely disjunctive story needs to take place in such a general yet specific location. Family member actors recite a nonsensical soap opera-sounding dialogue culled from commercial ads; there’s a strange middle-aged man who won’t stop squinting. Hexafluorosilicic is silly and strange, and wholly terrifying. The characters keep staring behind this Alief apartment bathroom door. It’s probably just a porcelain toilet, but as Dean so poignantly shows us with her bombardment and cyclical pacing of signs, there’s probably much more to the bathroom than we can acknowledge.
Robert Boyd at 6:27 PM
Share