What People Thought Were the Best Comics in 2020

Everyone has been producing their lists of the best of the year. I'm not going to try to build a meta-list this year (like I did last year for the best comics of the decade). But I do want to mention two lists that I respect: "SOLRAD’s The Best* Comics of 2020" and the Comics Journal's "The Best Comics Of 2020." I find it alarming how few of these books and comics that I know. It's startling confirmation of how old I am (and a less-painful confirmation than my morning back pains).

In both lists, the editors have asked their regular writers to give them their best of 2020. So instead of one list, SOLRAD had 16 contributors make lists, and the Comics Journal had 15. SOLRAD asked contributors for their top 5 and the Comics Journal didn't seem to specify how many they wanted from each contributor, so the number varied. And at least one contributor, Francesca Lyn for SOLRAD, took "best of 2020" to mean the best comics she read, regardless of when they were created. I appreciate this because for me, any book that I read for the first time is new to me, even if I read it years after it was created.

I can't comment on comic I didn't read, except to say that these list make me want to go back and search out many books I missed. Below are the books on these lists that I did read. 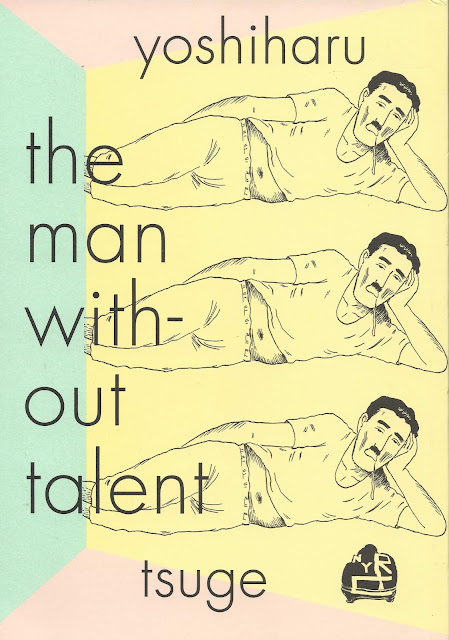 Yoshiharu Tsuge, The Man Without Talent

. (This one was chosen by Michael Aushenker, Robert Clough, Alex Hoffman and Nicholas Burman for SOLRAD and Austin Price and Matt Seneca for the Comics Journal.) I wrote about this book when it came out. A book that moved me in its depiction of depression. 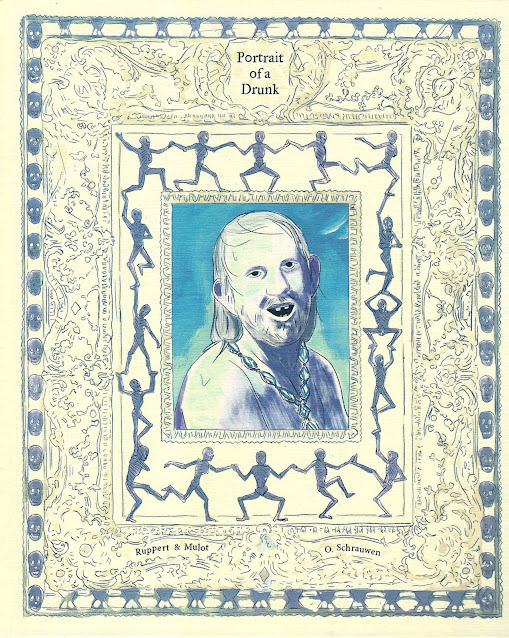 O. Schrauwen and Ruppert & Mulot, Portrait of a Drunk

. (Chosen by Jef Harmatz for SOLRAD and Helen Chazan, Joe McCulloch, Brian Nicholson and Matt Seneca for the Comics Journal) This grim story of a terrible alcoholic sailor named Guy set in the 17th or 18th century was a portrait of unrelieved misery, kind of an Under the Volcano in comics form. I like both Schrauwen and the team of Ruppert and Mulot, and they blended their work seamlessly here. A great book. 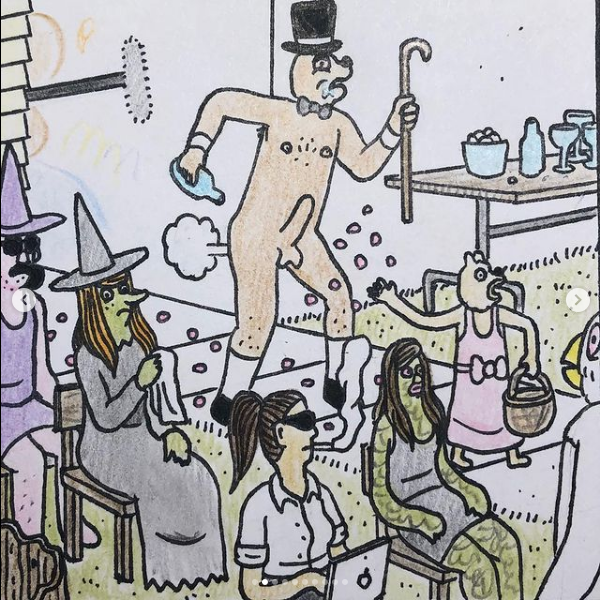 Simon Hanselmann, Crisis Zone. (Chosen by Rob Clough and Alex Hoffman for SOLRAD and Clark Burscough and RJ Casey for the Comics Journal). This demented strip was drawn and posted on Instagram daily by Hanselmann. It was a COVID project. His usual characters star in it--it involves Megg, Mogg and Owl in a series of COVID-isolation adventures, and includes BLM riots and a Netflix reality show starring Werewolf Jones called "Anus King." Whatever extreme limits you can imagine, this comic shattered them. Johnny Ryan may have seemed like the taboo-breaking heir of the undergrounds, but I give that crown to Simon Hanselmann. 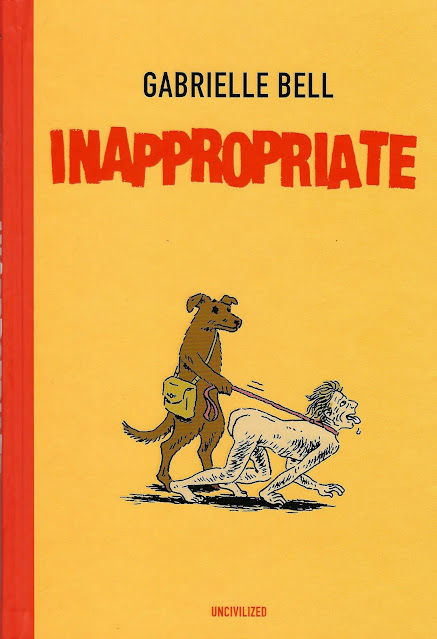 (Chosen by Francesca Lyn for SOLRAD ). I love Gabrielle Bell's work, and I loved Inappropriate, but it doesn't come close to being my favorite of her works. Any Bell is worth reading, though. Inappropriate consists of short, somewhat surreal stories, which feel similar to where she started early in her cartooning career. 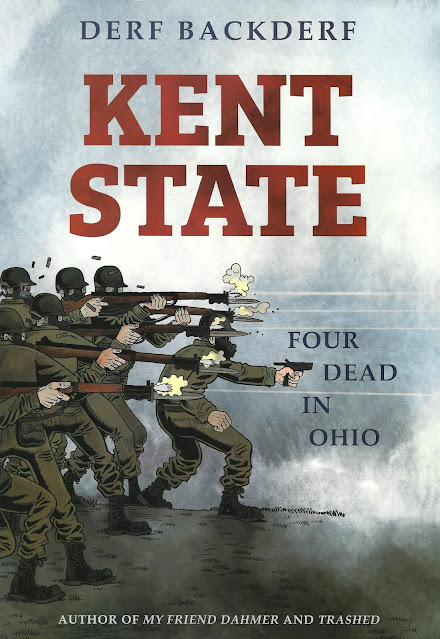 (Chosen by my old friend Charles Hatfield for SOLRAD and Rob Kirby for the Comics Journal). Backderf had the bad luck to publish a major work of non-fiction comics in the middle of the pandemic. I did one of my first book reports on it. 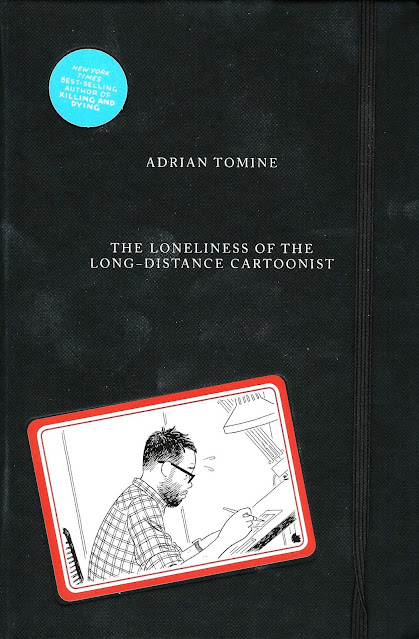 Adrian Tomine, The Loneliness of the Long-Distance Cartoonist

(Chosen by James Romberger for SOLRAD and Hillary Brown and Rob Kirby for the Comics Journal) I've followed and written about Adrian Tomine since he was a teenager doing minicomics. This book is unique among all the comics here because I'm actually mentioned in the text. Tomine mentions an early review I did, I think for the Comics Journal. It's an autobiographical comic and in common with many of my favorites this year, the protagonist is thoroughly unlikable (a bold move for autobiography!). Tomine is really good when he allows himself to be funny, and this book is very funny. 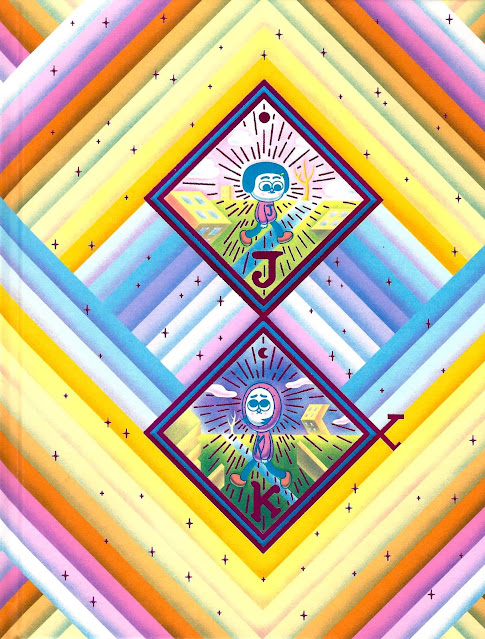 John Pham, J&K  (Chosen by Nicholas Burman for SOLRAD and Matt Seneca for the Comics Journal). I read this book this year and loved it. It depicts the somewhat surreal adventures of friends J & K and comes with oddball extra goodies--trading cards, a mini-magazine, and weirdest of all, a 5-inch 45 rpm record. It was published in 2019, but I didn't read it until January of this year. 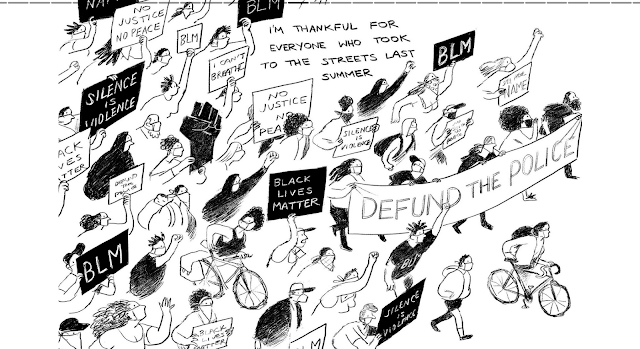 panel from "Giving Thanks in 2020" by Eleanor Davis

“Giving Thanks in 2020”, Eleanor Davis (Chosen by Hillary Brown for the Comics Journal). This strip was published online by The New York Times on Thanksgiving. Brown wrote, "It’s not really fair to keep asking Eleanor Davis to turn herself inside out for our pleasure..." I'm not qualified to call Eleanor David the greatest living American cartoonist, but she's my personal favorite at the moment. 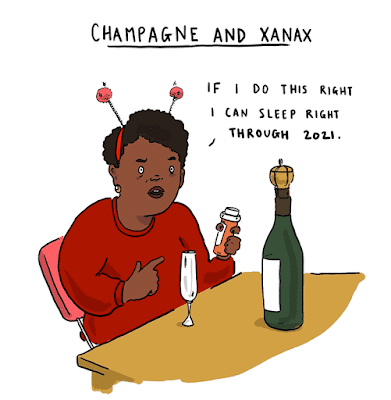 panel by Emily Flake from the Nib

The Nib. (Chosen by Hillary Brown for the Comics Journal). The Nib publishes new political comics nearly everyday, by excellent cartoonists like Matt Bors, Emily Flake, Pia Guerra, Ruben Bolling, Jen Sorensen and many others. I read it almost every day. 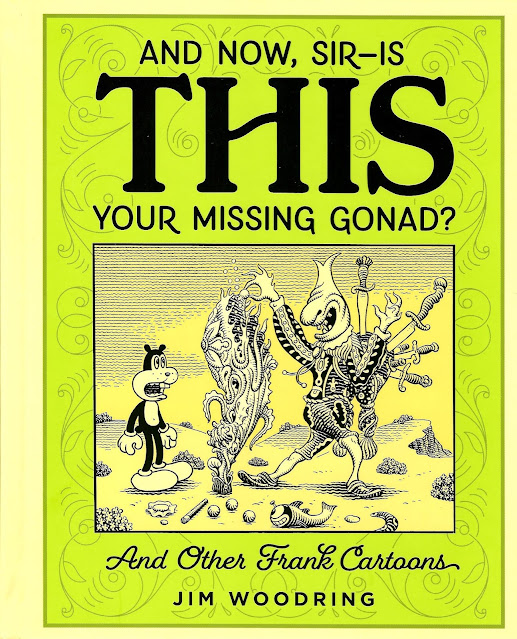 Jim Woodring, And Now, Sir?Is THIS Your Missing Gonad?

(Chosen by Helen Chazan for the Comics Journal). This is kind of a minor work by Jim Woodring, which like calling an early piano concerto by Mozart a minor work. It is filled with enigmatic "gag" cartoons that stretch the reader's brain. This reader, anyway. 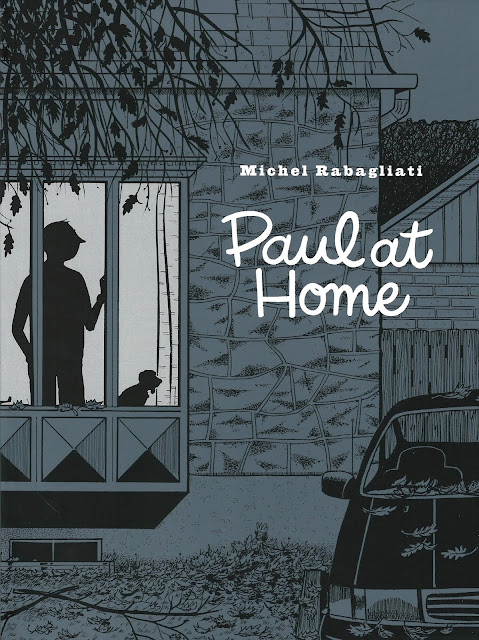 (Chosen by Rob Kirby for the Comics Journal). I did a book report on this great book in December.  Like so many of the books on this list, it features an unpleasant protagonist. And like The Loneliness of the Long Distance Cartoonist, it is autobiographical. 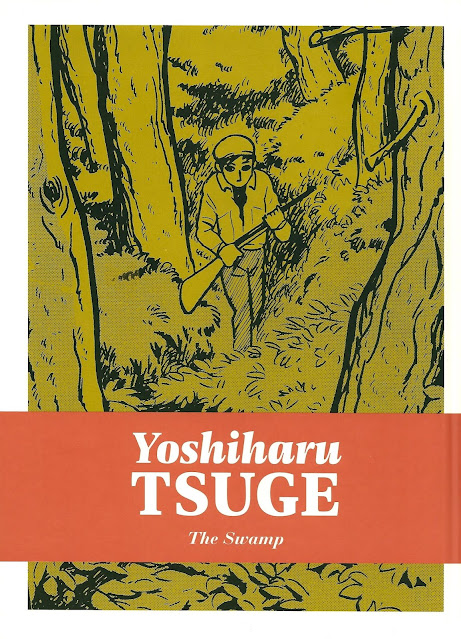 (Chosen by Matt Seneca and  Tom Shapira for the Comics Journal). This is supposed the first of several volumes of Tsuge's work to be published in English. It's some of his early work, and it many of the stories had the feel of earlier, pulpier stories. They often have obvious twists. But there is much to admire here, including the story "Chirpy." It's not as good as The Man Without Talent, though. 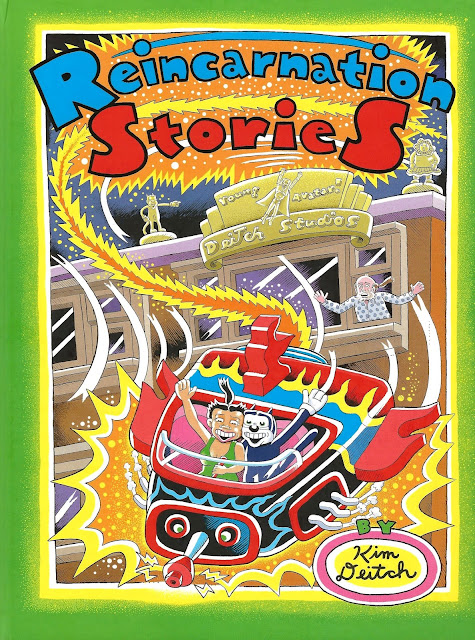 (Chosen by Frank Young for the Comics Journal). I loved it, but I love everything by Kim Deitch. A minor Deitch book, but still utterly pleasurable. 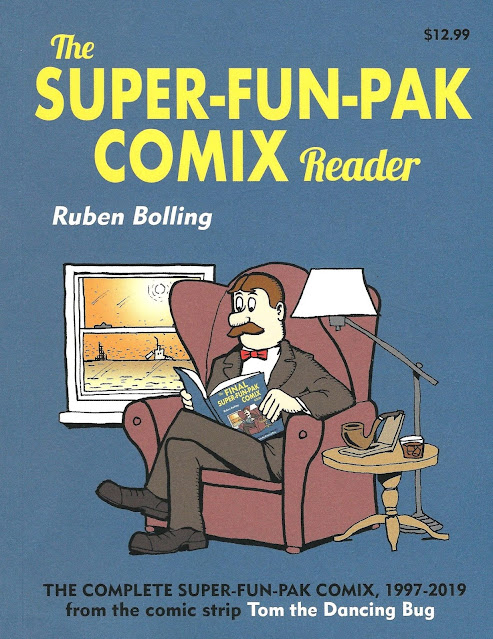 Ruben Bolling, Super Fun-Pak Comix Reader (Chosen by Frank Young for the Comics Journal). I loved this collection and did a video about it in November. 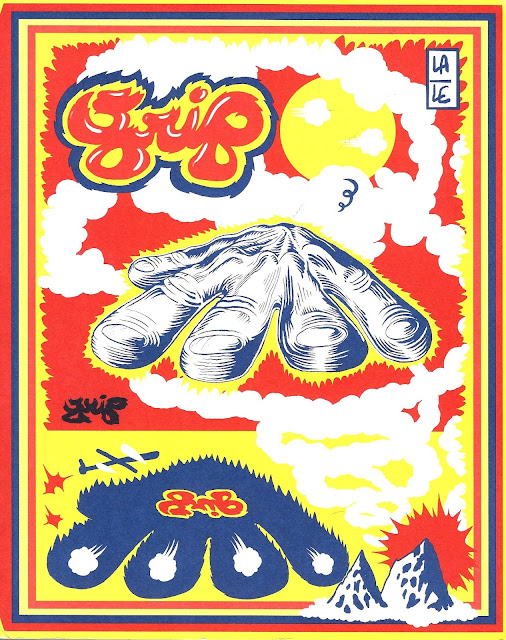 And that's it--everything that was listed on SOLRAD's and the Comics Journal's best of 2020 lists that I had read. The one omission from both lists that surprised me was Grip by Lale Westvind. This book was published in 2020 and certainly qualified. I reported on it here.