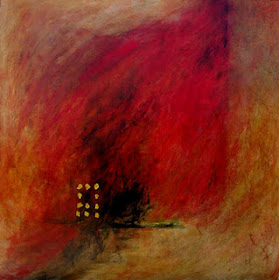 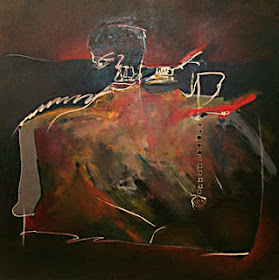 Of course this is a different Robert Boyd than you humble blogger. And he's the third artist named Robert Boyd that I've stumbled across. This Robert Boyd seems a bit exotic, coming from Australia and all. Except... I'm from Australia. Really. Even weirder, I was born in Melbourne. I could imagine maybe, if my parents hadn't shuffled me off to Louisiana when I was three, I might have grown up to be a painter of semi-abstract paintings that were somewhat inspired by aboriginal art. In short, this other Robert Boyd could be the Robert Boyd I would have been if I hadn't come to the U.S.A. 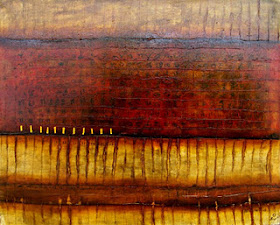 The best known artist named Robert Boyd is a video artist. Here is a still from one of his pieces. 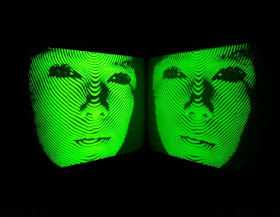 The third Robert Boyd is a sculptor. 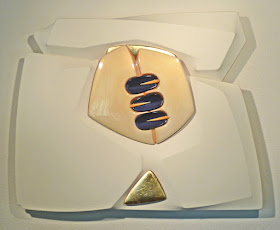 I believe that chance rules the universe. Therefore, I believe the existence of three artists named Robert Boyd is purely coincidental and without meaning. There is a well-known Harvey Pekar story about how when he got his first phone book, there were two other Harvey Pekars in the book. And years later, when they died, he felt sad even though he had never met them. I feel a weird connection with these other Robert Boyds, even though I likely will never meet them.