Seven Blogs that Are $30,000 Richer Today Than They Were Yesterday

These blogs' windfalls are because they received 2011 Arts Writers Grants from the Warhol Foundation/Creative Capital. I applied for this grant last year (and I'll try again this year). So if I say anything against any of the winners, it's probably my jealousy talking.

Carol Deihl's Art Vent is a highly personal art blog. She writes about art a lot, but also about things happening in her own life (a life that revolves around art, since she is artist and a contributing editor for Art in America). I like the casual style she uses. It sometimes feels diary-like, but her discussions of art show that this is a critic writing. She occasionally shows her own work on the blog. Here are a couple of pieces that I liked. 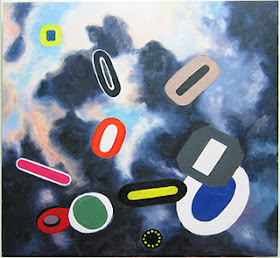 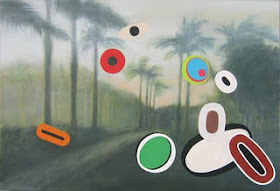 Jason Farago's blog Art in Common is supposed to be a blog about public art in New York and how it relates to the city. Sounds great except that it doesn't exist. I think this is kind of bullshit. I can see how someone writing a book would need a grant to survive during the period the writing is taking place, but blogs have no barriers to entry and exist in the now. Nothing against Farago--he followed the rules and presumably submitted a kick-ass blog proposal. But if I were running Arts Writers, I would make the grant for existing blogs only (or blogs that existed but had to be suspended for some reason--see Claudia La Rocco below). Show that you have some sweat equity in this thing, and we'll help you grow. Anyway, keep your eye out for Art in Common--coming soon to an internet near you.

Claudia La Rocco's blog The Performance Club also doesn't currently exist, although it once did. She wrote it when she was the cultural critic for WNYC, which hosted the blog. (WNYC currently hosts the blog Gallerina.) It looks like it was a good blog, and I'm glad Arts Writers is helping her revive it.

Sohrab Mohebbi's proposed blog Presence Documents "will consist of daily entries, each focusing on a video or image posted online on the same day by citizen reporters and indigenous journalists. Mohebbi will also relate these images of the present to performance art’s experiments with documentation." There are lots of blogs that troll the internet for images that appeal to the bloggers, which they then just pop up, without comment. I wonder if adding commentary to such images will be any better. Especially if these are news images--it strikes me that trying to relate them to performance art will trivialize the real experiences the images document. Once again, this seems like the kind of blog that would cost nothing to start, therefore I wonder why he hasn't done so. Why did he wait for the grant?

Valerie Soe's blog beyondasiaphilia is a blog primarily about Asian film in all its forms. It looks quite good. It's not a topic I have a special interest in (although I occasionally watch Asian films, of course), so it's hard for me to comment about the blog. If Asian film an area of interest for you, I suggest you check it out. But one thing I liked about it is that while she has a primary area of interest, she will also write about art exhibits, political happenings in Oakland, and other things that interest her.

Meredith Temple's proposed blog is Art and Shadows. She will deal with art in light of current theories of mind and consciousness. That sounds a bit high-level to me, but if she is approaching it in terms of psychology and neuroscience (as opposed to philosophy), it could be interesting. I've long contended that the intellectual frameworks with which we approach thinking about art are too narrow. But again, I wish she'd just started writing the blog instead of waiting around for Arts Writers to give her a grant.

James Urban, R.L. Tilman and Amze Emmons have a blog called Printeresting. Urban teaches print-making at U.T., so this is the only Texas blog to win a grant. I would have definitely given them the grant if I had been on the grant committee--this blog is totally fun and just loves its subject, printing in all its diffeent forms and aspects. For instance, one post begins, "This guest post by Josh Dannin, a talented print artist, who has been traveling around the continent visiting printshops and paper mills." Josh Dannin is clearly a fanatic, and Printeresting clearly loves his fanaticism. (Confession--I once visited the Strathmore paper mill in Massachusetts because I was interested in seeing how they made the paper that most comics artists used.) They also have a great logo.

So what can I learn from these blogs? Well, it helps to be from New York. Four of the seven winners are from New York. It helps to no already have a blog--four of the seven blogs don't currently exist. So that's two strikes against me. It helps to be accomplished in the art world outside your blogging--to be a curator or an art writer in other publications for example. Other than that, the existing blogs that got grants are not all that different from The Great God Pan Is Dead in terms of content. But they all had one thing in common with each other that Pan doesn't have--they have clean designs with white backgrounds. Maybe that's the secret to success!