I wrote about one piece in the Joanna's current show--the Exurb four projector piece. But there is so much more. Unfortunately, the show come down tonight at 8 pm, according to Joanna co-director Cody Ledvina. So if you haven't seen it, try to see it today! Here's a little of what you will see, if you go--this represents only a small percentage of all the pieces in the show. 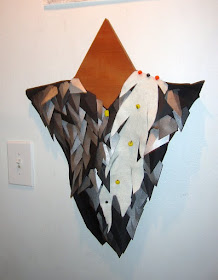 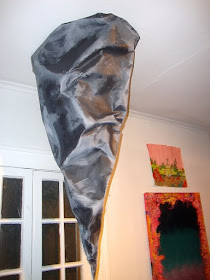 I don't know who did this stalactite, but I like it. 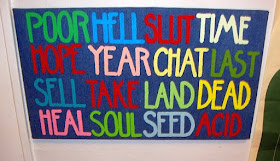 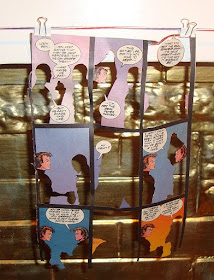 Peter Parker has a conversation with himself, but disappears for part of it. 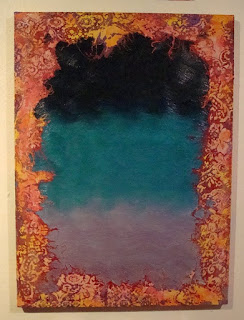 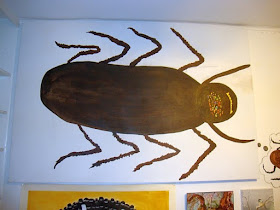 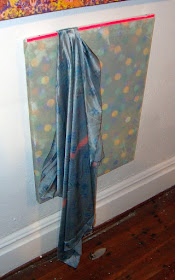 painting with hanging cloth by "Isabelle" 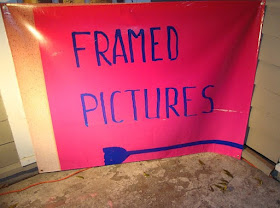 This Sebastian Forray painting was just outside the front door to The Joanna, demonstrating their keen commercial acumen. 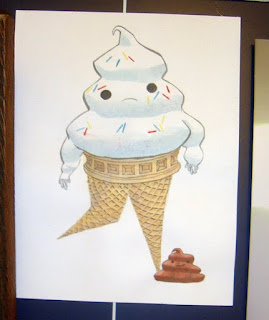 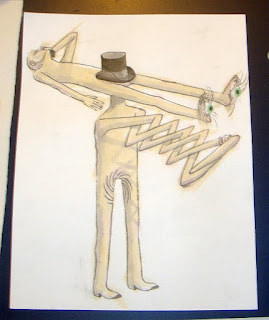 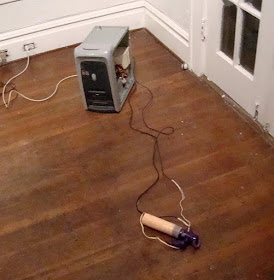 Mark Flood pointed this one out as a piece he really liked. When I asked "What is it?," he looked at me incredulously and said, "Like you don't know what that is!" Then it clicked. At first, I thought it was a bong because of the way it was put together. But it's actually a futuristic self-fucking machine. I predict ever American will own one by the end of the decade. 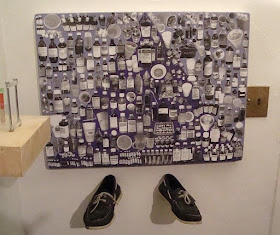 When I saw this, I thought the shoes were part of it. They look like they are, don't they? But I saw Cascio a few days later and he said he has no idea how the shoes got there, but they aren't part of his work. 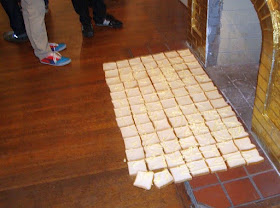 bread and mayonnaise by Nick Merriweather 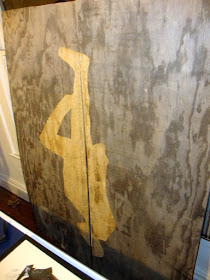 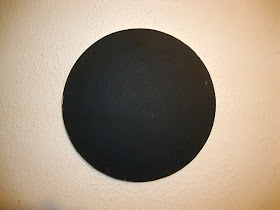 I think this anonymous giant period is a good way to end the post.