Over the course of two articles packed with images and written in his unfailingly sardonic style, Robert Boyd reviewed the Houston Fine Arts Fair. Boyd’s first article covering art he “loathed” was lacerating. “Inept,” “hideous,” “gimmicky,” “bad is bad,” “distressingly common,” “utter vacuity,” “endless banality,” were just a few of its asperities. While I was cringing, Boyd published his second article about the art he “liked,” included in which was Joseph Cohen’s Proposition 357, a sculptural and strangely colored painting championed by the critic as possessing an “unearthly flavor.”

Others share Boyd’s regard for Cohen’s art. Aaron Parazette for instance included Cohen in In Plain Sight, an important show of 40 Houston painters currently at McClain Gallery, promoted by Catherine Anspon in her glossy mag as “the most significant roundup of Houston painting talent in double decades.” Wade Wilson bestowed upon Cohen a solo exhibition at Wade Wilson Art in January of this year, following several years of the same. And Peveto on Colquitt Street will be exhibiting Cohen’s work in the exhibition Ten Propositions, scheduled to open on September 27. Concentrated gallery representation and critical attention made me want to take a closer look at Joseph Cohen’s art. 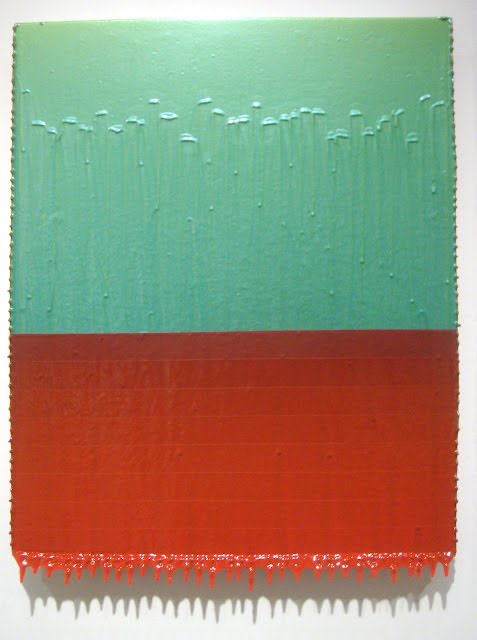 There was no better way to begin this profile than to ambush Parazette and ask the reason he included Cohen in In Plain Sight. “I have known of and been interested in Joseph's work for the past few years,” Parazette said, “and included him in the show because he represents a very particular type of painter: process oriented and drawing on a sort of paint alchemy. In his working process he seems to set the paint in motion and then--while guiding it to some degree--he lets it find it's own conclusions on the way to being, a delicate and sensitive balance between an artist and his materials. When it succeeds the results are both beautiful and magical.”

As expected, Cohen has inspired lofty meditations. Houston’s illustrious writers enjoy framing his art against the Concrete painting movement, characterizing it as neither a form of representation nor abstracted or distilled from something else, existing solely as color and physical matter. They make comparisons to Joseph Marioni and Robert Ryman and discuss philosophical underpinnings. Some critics veered into the topics of Spinoza and infinity. Everybody gets to feel smart. About this categorization, Cohen said his art is “partially aligned” with concrete art.

“Partially” denotes Cohen might be up to something broader and more complex than simply adhering to definitions of concrete art. Some of the Italian works exhibited in January, one shown below, point to this. Defined by formal properties, derived from no source and referencing none, they relate to the concrete, yet seem to have a conceptual element as well as representational qualities through associations with antiquities and architecture. Robert Boyd picked up on dual essence back in January 2010 when he reviewed Cohen’s exhibition at Wade Wilson. “Cohen is not forging a path of the concrete, he’s exploring a path away from concrete art,” Boyd wrote.

As was Cohen’s intention, the art’s physical properties catapulted Boyd into an emotional experience with color and light. “The end result is a group of paintings that are interesting to think about,” Boyd wrote, “but more importantly, are visually stunning. Cohen’s handling of this plastic paint and oddball colors is beautiful, and his thick, textural painting is positively chewy….Cohen may not be a concrete purist, but he is all about giving his viewers real visual pleasure.” 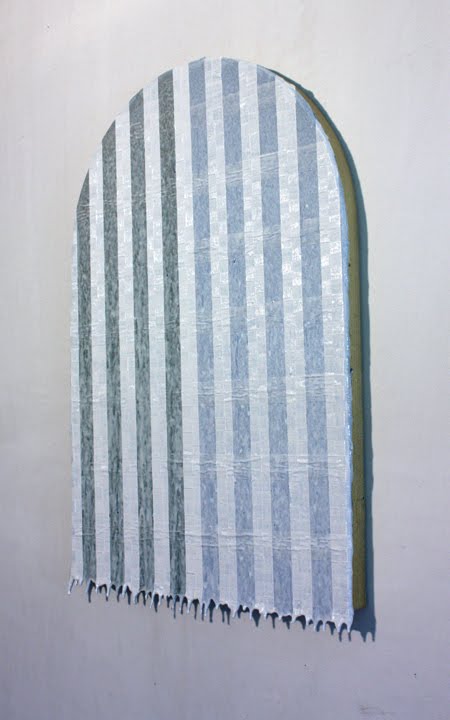 JC - The Ten Propositions to be exhibited at Peveto were made after the Italian works. They are the newest works and incorporate aspects of the Italian works (the incorporation of precious materials), while developing on the framework of my working practice as well. My works in a sense are hybrid painting/sculptures. They are physical objects that are heavily entrenched in the history and activity of painting. The Ten Propositions will express the two fundamental natures of my chosen medium (paint): the physical and the chromatic. Some of the works' "aboutness" will reside predominantly in the physical tactile nature of the medium, while others will deal predominantly with the chromatic nature of the medium. The forms of the work will have a direct relationship with the architecture that the work exists in. There will be a newfound sense of playfulness in some of the works and the manner in which they engage the space around them.

VBA – I want to better understand your process, materials and application. So let’s take for example Proposition 333 which will be exhibited at Peveto. My press release listed pigment, diamond dust and varnish on birch as its materials. What are the pigments?

JC – The pigments are cadmium, ruby, lapis lazuli, and cobalt.

VBA – How many layers?

JC - Literally hundreds of layers, all brushed on layer by layer.

VBA – What in the world is diamond dust?

VBA – How do you see the role of the unconscious mind in your work? Do you proceed in an intuitive spontaneous, manner, an altered state, or stream of consciousness-like manner – do any of these apply? Interpret the mental process.

JC - I see the mental process embracing an active engagement with the act of painting. Through the activity of physically engaging with the art over a period of time, the work becomes a historical record of the activity of painting. For me this is an important aspect to the work and signals to the importance of the role of the artist's hand in the creative process. There is a level of intimacy that becomes ingrained in the work through this approach. The sincerity of this method of working also subtly asks for the viewer to approach and engage with the art object in an active manner. When viewed from different angles and perspectives the works will shift the viewer's perception.

JC - I simply would ask the viewers to look at the works. Take time and view them from different angles and times of the day (as a shift in light begets a different feel from the work and may alter a preconceived notion of how the painting exists). My works call for a slowing down, allowing for a calming respite in which one may contemplate. When the works are seen as physical objects in this world (not trying to represent nor abstract from anything in this physical world) they are more accurately realized and may in turn serve as metaphors and/or aids in our existence. 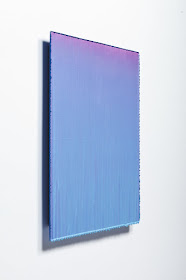