Pan Recommends for the week of August 29 to September 4

Happy Labor Day weekend! If you're not at the beach, here are some art things to do. (And if you are at the beach, swing by GAR and the Galveston Art Center.) 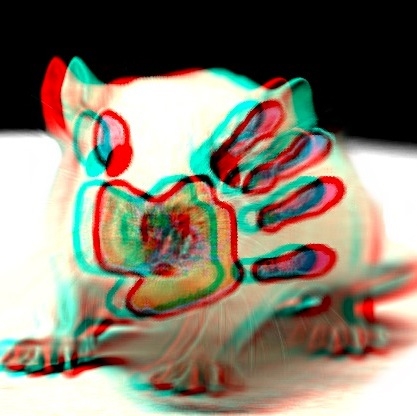 Felipe Lopez: Constructing the Praxis of Interactivity at the Alliance Gallery, 6 to 8 pm. This solo show by Felipe Lopez features thermochromics (paint that changes color when the temperature changes) and 3-D glasses. I'm disappointed by the lack of smellovision, though. 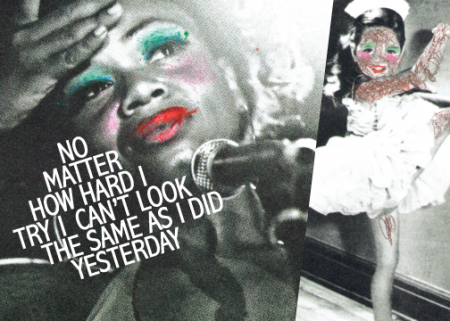 "No Matter How Hard I Try I Can’t Look The Same As I Did Yesterday" by soprano Lisa Harris featuring DJ Fat Tony at Fresh Arts, 6 to 8 pm. A new performative installation including video. I'm not sure if there is any performance at the opening reception (aside from the DJ), but there are two official performance dates scheduled; one on September 13 and one on September 20. 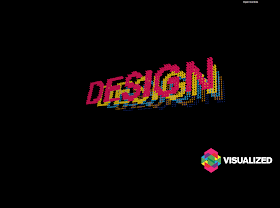 Design Now–Houston: Democratic Design: Envisioning Houston featuring Susan Rogers, Ned Dodington, and Javier Fadul at the CAMH, 6:30 to 7:30 pm. Part of a lecture series to accompany CAMH's current design show, this one is about envisioning Houston on different scales. 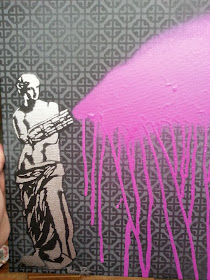 I think this one is by Beau Pope 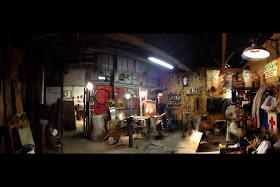 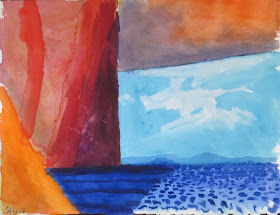 Earl Staley's Going to Rome Sale at his studio at Art Supply on Main, 10am to 4pm. Earl Staley is heading off to the American Academy in Rome, and wants to sell you a watercolor or two before he goes. Staley is an excellent and highly prolific watercolorist, and these pieces, mostly from 2008 to the present, are being sold at bargain prices ($25 to $500). Not a bad price to pay for work by an artist who represented the U.S. at the 1984 Venice Biennale! 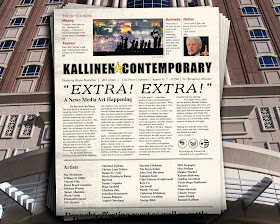