Lonestar Explosion 2014: They came. I saw, and all of us were compromised. (NSFW) 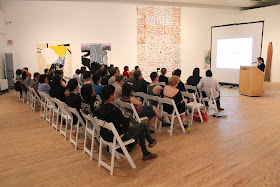 Jessica Santone at the CAM 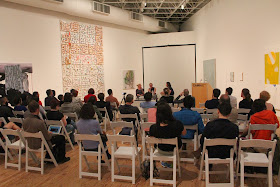 They lectured at local universities (Sam Houston State and University of Houston), held a panel discussion at the CAMH, performed at such venues as Box 13, the Art League, and Notsuoh. While performing, some got dirty; 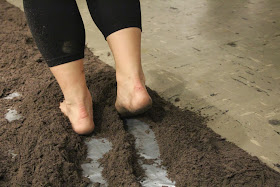 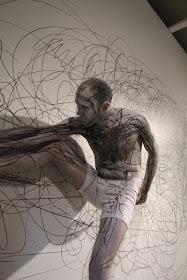 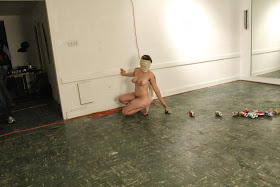 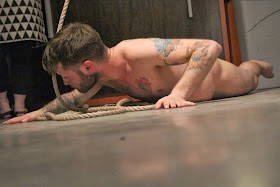 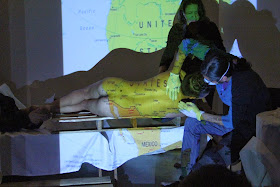 For Gloria by Emilio Rojas 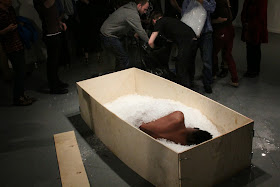 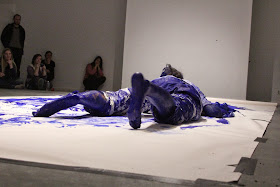 some got exploited, and some got injured and taken to the emergency room.

By the final performance, a few personal boundaries may have been violated, some psyche's may have been damaged, and some preconceived notions/prejudices may have died. Which is what is supposed to happen because those are some of the roles that performance art plays in its relationship with its audience.

I attended the entire festival and while I didn't see every performance, I witnessed most of them. Over the next couple of weeks/months, I'll recount what I experienced, share what I saw, and discuss how I interpreted it. And you can take it or leave because after an explosion what else is left but debris and impressions.
Dean at 8:21 AM
Share