In place of The Brandon is a new gallery, spearheaded by artist Lynne McCabe, called She Works Flexible. The gallery opened with its inaugural show entitled Sensational Landscape on January 13, which includes artists Erika Lynne Hanson and Cat Clifford and will run until April 3.

Flex School kicked off this past month with a series of lectures—although he would call them “conversations”—by philosopher Joshua Lawrence. The first of three Flex School sessions happened on February 12, where Lawrence spent most of the time giving a crash course on Immanuel Kant and Kant’s relation to the sublime.

It’s clear by labeling the school sessions as conversations that both Lawrence and McCabe wanted the classes to operate more in a seminar format than a lecture, but by and large these classes were lectures, as they should be. It seems that, through all the classes I’ve attended in my years of college and beyond, that the word “lecture” is some kind of taboo, as if the person giving the lecture is terrified of coming across as boring. The first session Lawrence seemed just that, nervous and worried that his small class of twenty or so people would quickly get that glazed-over, get-me-the-hell-out-of-here look on their faces. In retrospect I could understand how he would have felt that way—the class was dead silent for most of the first class, and the question and answer session afterward felt unnatural and forced. But I don’t think that the vast majority of the class was bored; in fact, it seemed quite the opposite. The information was enthralling, and Lawrence, in a congenial and generous delivery, laid all of it out in an understandable, digestible way. But it was also a lot, and it was easy to see that everybody’s brains were full, and that they were just quietly trying to process it all. 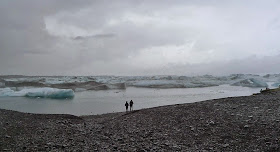 So if these classes are actually just lectures, then what makes Flex School’s pedagogy different than, say, any other public lecture in Houston? After all, the Menil, Glassell, and numerous other institutions provide similar educational programming. What makes Flex School interesting, and totally different, is the divergent subject matter. While the Menil and Glassell will generally bring in artists, curators, or art historians to discuss art, Flex School covers topics that are tangentially related to artists: we aren’t looking at or discussing art per se, but we are engaging with and learning about other kinds of information that artists are generally interested in, subjects that although may not be directly art-related, still crop up in many artists’ works. No, perhaps most artists do not deal with all the ins and outs of Immanuel Kant and his philosophical works, but the questions that Kant and other philosophers engaged with in respect to the beautiful, the sublime, and the uncanny are things that most artists, in one way or another, are interested in. Flex School is kind of like Cabinet Magazine, but a school, and free.

By the third session, the number of people in the class had whittled down quite a bit, but the atmosphere felt more comfortable, the students looked a lot less overwhelmed and bombarded with information, and the class generally felt more like the “conversation” that Lawrence and McCabe were after in the first place. The class also felt more varied: while it seemed to start out with more art people, the class this time felt split between art and philosophy people. This is perhaps the most fruitful aspect of Flex School, the comingling of different kinds of thinkers and makers.

Joshua Lawrence’s sessions at Flex School occurred on February 12, 19, and 26, at She Works Flexible.
Robert Boyd at 4:59 AM
Share