I'm always slightly perplexed by what gets read (or at least "viewed") on this blog. But I shouldn't be. It's pretty simple, really. There are a certain number of people who check in regularly on the blog, and a certain number that check in occasionally. These numbers don't change all that much over the course of a year. They are what I consider the natural readership of The Great God Pan Is Dead. That readership could be increased if I were a better writer; if I had more writers contributing; if I covered a broader range of arts; if I covered a broader geographic area; if I posted more frequently; etc. I'm not likely to do any of those things, so the baseline readership will probably remain about the same. And I thank all of you for spending a little time here.

So what distinguishes these top 10 posts from any other? I would like to say their inherent superiority, but mostly it's due to outside links. When some other blog or popular website links to The Great God Pan Is Dead, it sends a flood of new readers over. The sites that have contributed most this blog's "extra" page views this year have been Swamplot, The Comics Journal, Glasstire, The Comics Reporter and Hyperallergic. It almost goes without saying that these are some of my favorite online publications, and any time one of them deigns to notice The Great God Pan Is Dead, I feel honored.

The following are the top 10 posts of 2014, starting with the most popular. 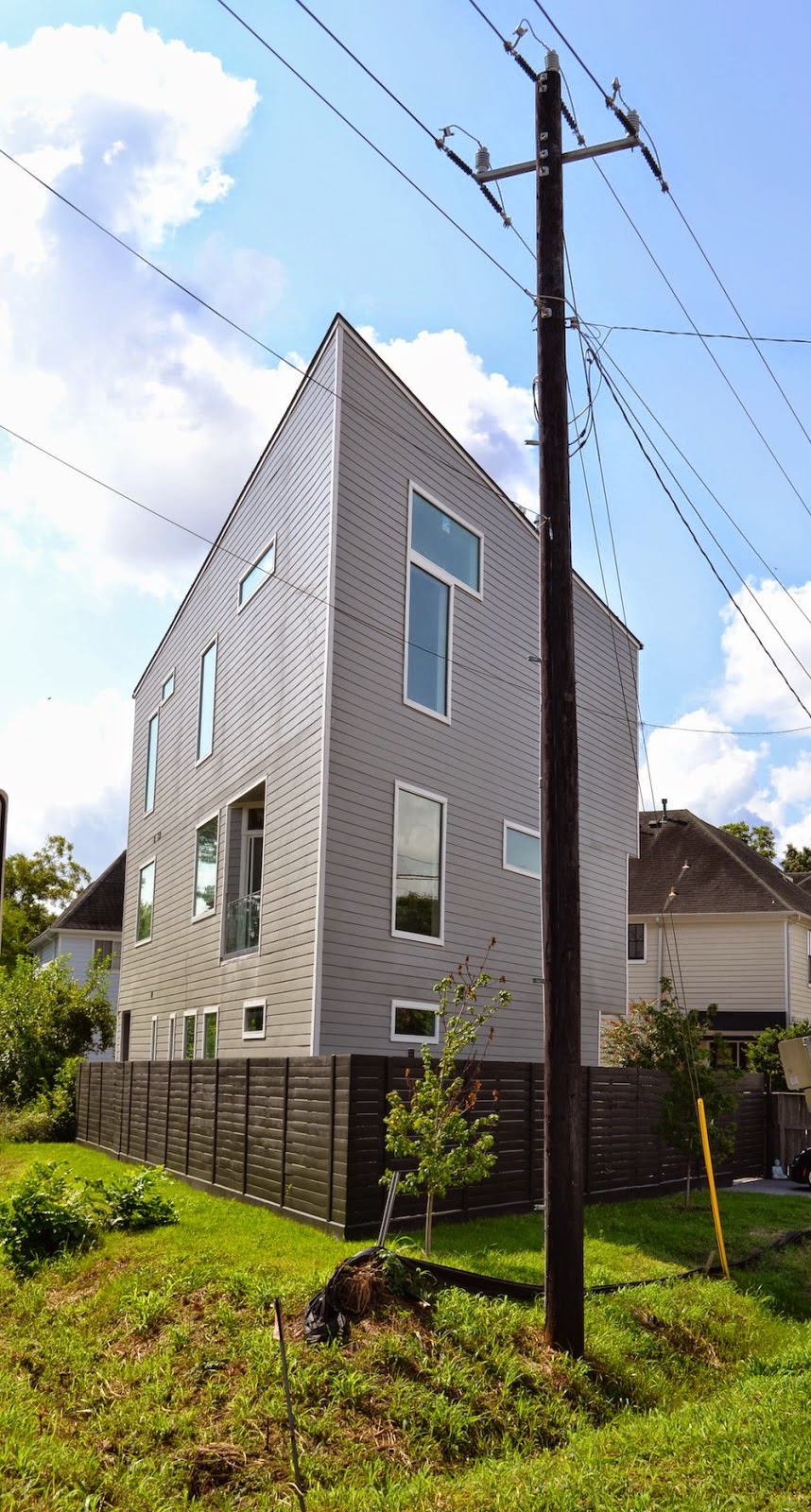 1. Joseph Cohen's Use-Value. This was a studio visit with painter Joseph Cohen. A nice little post about a very interesting artist, but why did it get so many page views? It was mentioned on Swamplot and apparently captured the interest of a lot of Swamplot readers. Cohen built his unusual triangular house on an unusual triangle-shaped lot--a lot many have noticed over the years because it's right on the Heights bike trail. Cohen designed the house with the help of an architect, and built it himself. He's an interesting painter whose work is often quite beautiful, but I think it was the brilliance of the house itself that attracted many readers. Houses designed by artists are a special, eccentric genre of architecture, and this is a brilliant example of the genre. 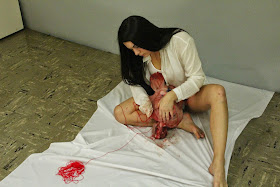 2. Lonestar Explosion 2014 - Untitled by Nikki Thornton. This brief post by Dean Liscum is the only one that got its rank organically. No site linked to it--most of its page views were sent over by Google and Facebook; in other words, via the Internet version of word-of-mouth. I think the performance hit readers' OMG! buttons. It is a bit grisly, and the contrast of the horrible pig's head and the beautiful woman is striking. Thornton appears to be bottomless (she's not, actually), so it almost seems like a strange birth scene. It confirms the average person's idea of performance art as shock art. I assume that for all of those reasons, it ended up capturing the attention of readers. They should have come to the actual performance--it was part of a carnival of smallish performances happening simultaneously at Box 13 as part of the Houston International Performance Art Biennale. 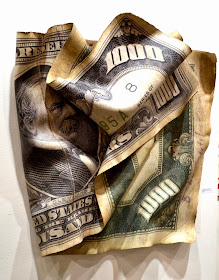 3. Argument for the Elimination of Art Fairs in Houston: HFAF 2014, part 1. Every year I go to the art fairs in Houston, and every year I'm appalled. Most of the readers who wanted to share the hate found their way to this post on their own, but a bunch were helped over by a link from Glasstire (in which Bill Davenport outsourced the hate-viewing to me). There was too much horrible art for one post--I concluded with part 2. 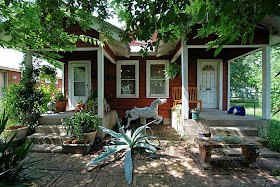 4. Real Estate Art--Bert Long Edition. This long-running series ("Real Estate Art") usually involves me taking some photos published on the local real estate site HAR and trying to identify the art in them. I used to spend a lot of time on HAR, but since I moved this summer, I look at it less frequently. So most of the Real Estate Art posts in 2014 involve looking at houses that Swamplot has brought my attention to (and to which I always link back). Then Swamplot notices my posts and links back to them! It's logrolling at its finest, but I always get the better end of the deal since Swamplot sends so many readers my way.

This was a very special "Real Estate Art" post, since it dealt with the home of the late Bert Long, one of Houston's most important artists. Not only was Long's house full of incredible local art, it was designed by an important local architect, Brett Zamore. The post was enlivened with photos from Zamore's webpage showing the house--his first--in "before" and "after" stages.

After I posted this, I got the opportunity to tour the house in person, which resulted in another post here. 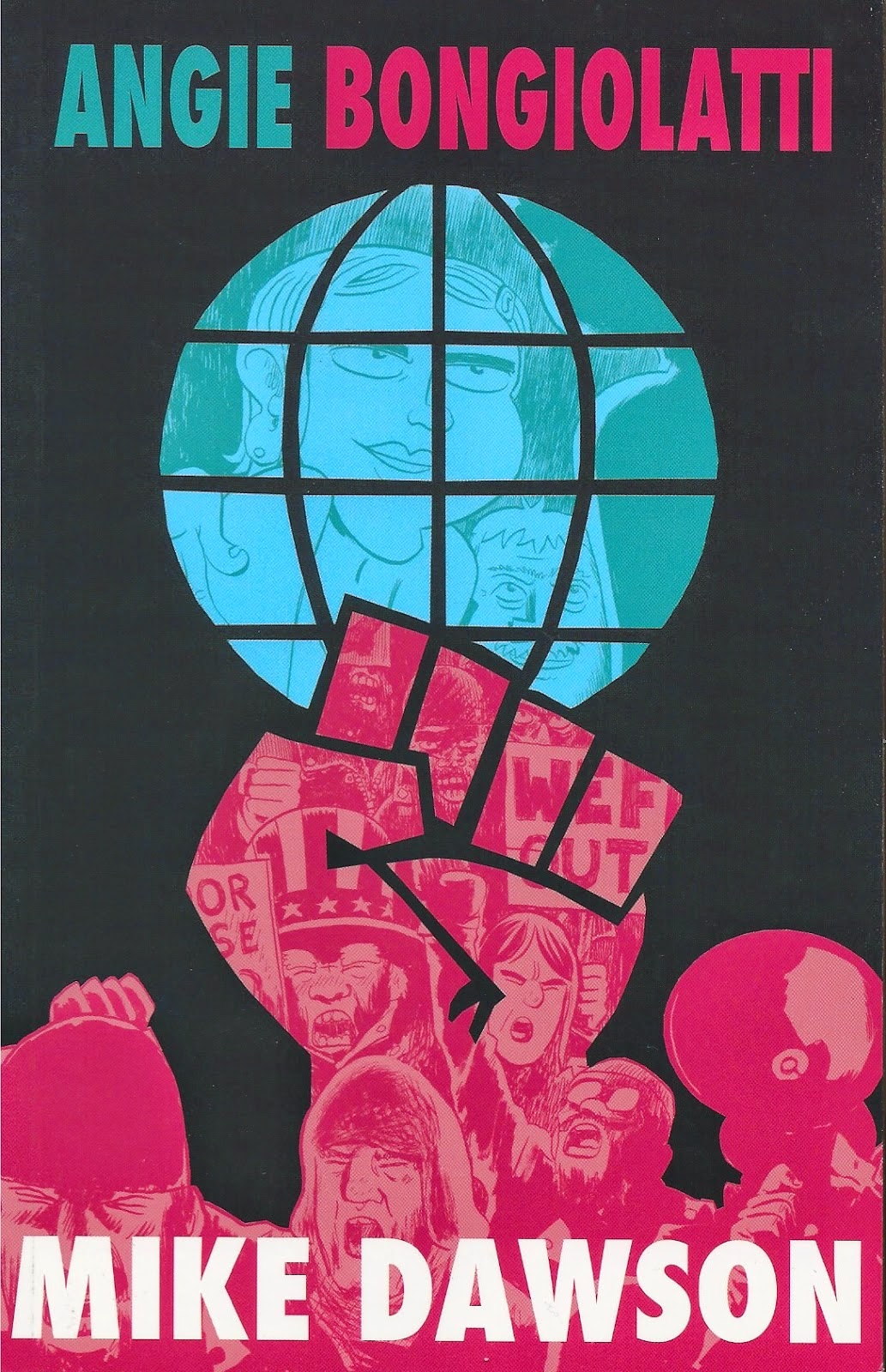 5. The Diminishing Returns of Being an Artist.  When cartoonist Mike Dawson wrote an essay on how poorly his latest graphic novel sold and what that meant for him as an artist, it ignited a firestorm. This post is one of many responses to it. Because the Comics Journal and the Comics Reporter linked back to it, this post got a lot of readers. These were readers mostly interested in comics, but to me the post applies to all artists. 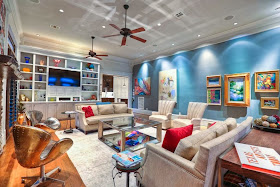 6.  Real Estate Art on Woodland Heights.  Nothing special about this post (in my opinion)--another art-filled house on HAR. But because Swamplot noticed, a lot of real estate fans came over to Pan to check it out. 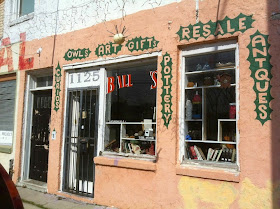 7. Bill Davenport and his shop, Bill's Junk.  When Painting the Town Orange was published, I learned that there was a chapter dropped for length. I offered to publish that chapter for Pete Gershon, the author. Because it covered four artistic environments, we published it in four parts, of which this is one. Again I have Swamplot to thank for this post's popularity. Art environments like Bill's Junk are one place where the interests of The Great God Pan Is Dead and Swamplot happily overlap. 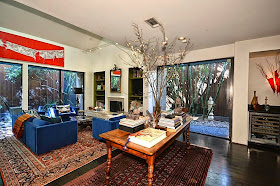 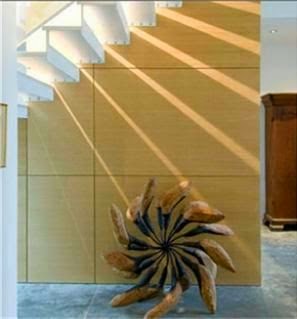 9. Real Estate Art: 2526 Bellmeade. This elegant house had a beautiful James Surls tucked under the stairs. 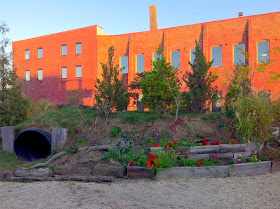 10. Creatives in a Post-Industrial Society. This post was prompted by a trip to an artspace in Brooklyn called Pioneer Works. Its readership was enhanced by linkbacks from Hyperallergic and the Comics Reporter. Like "The Diminishing Returns of Being an Artist," this one used its subject as a jumping off point to talk about bigger issues. 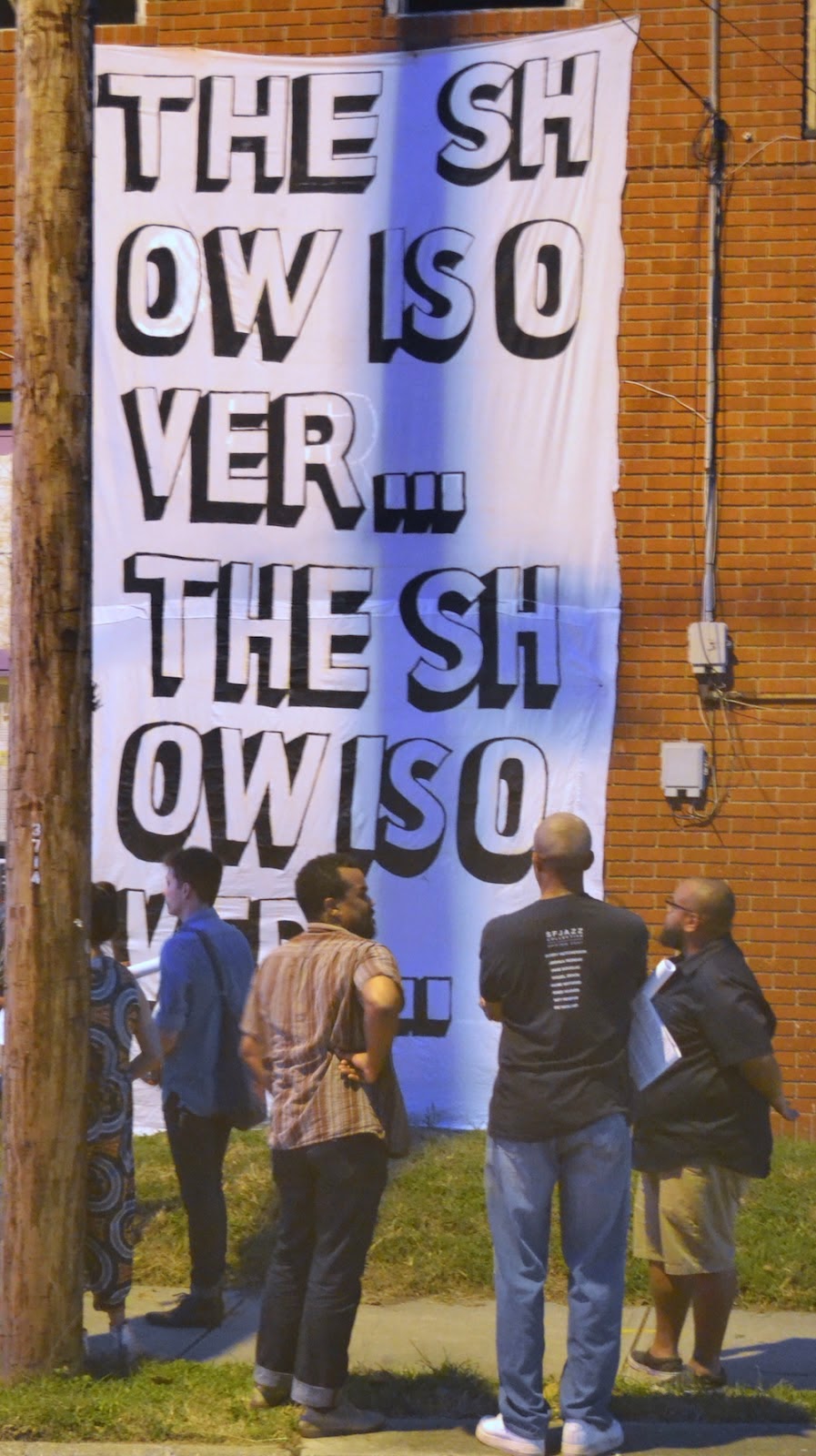 Which leads me to a final entry on this list. It's not in the top 10, but it's my personal favorite post of the year, a piece of writing that I'm proud of. "The Show Is So Over" was about Jamal Cyrus's temporary installation A Jackson in Your House, but it was really about the complexities of gentrification and art. In fact, four posts this year make up an unintentional quartet on the position (societally and economically) of the artist and art in this new millennium: "The Show Is So Over," "The Diminishing Returns of Being an Artist," "Creatives in a Post-Industrial Society" and "People Should Get Paid For Their Work." These issues have been on my mind, and I expect that to continue in 2015. I hope you all return to read them.
Robert Boyd at 2:03 PM
Share